In Poland, analyze the "strange war" of Russia and Turkey 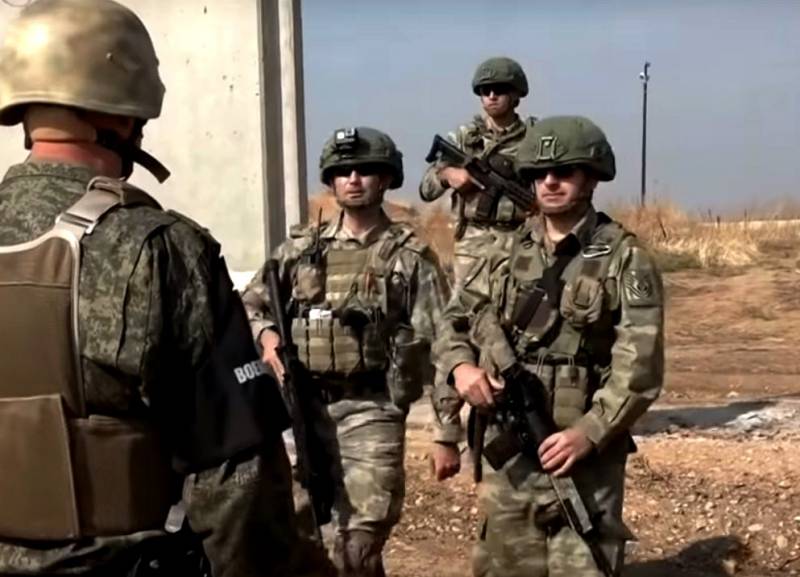 In Syria, Turkish soldiers die in battles with Assad’s troops. Russia does not hide the support of Damascus, but joint Russian-Turkish patrols continue. What is this strange relationship between Moscow and Ankara? This is written by the Polish media.


On Monday, February 24, the Turkish army again suffered losses as a result of air strikes in the vicinity of Kansafra in the province of Idlib. Killed about ten soldiers. It’s still not clear who inflicted aviation attacks on Turkish positions - Syrian or Russian aircraft. But this is not particularly important. Russia continues to support Damascus, and parts of the Syrian Arab army fighting in Idlib would not have been so successful without the help of the Russian group.

More and more often in the world media they write that almost a new Russian-Turkish war is unfolding in Syria. But what about the fact that the Turkish and Russian military participate in joint patrols in the north-east of the country, and Recep Erdogan regularly conducts telephone calls with Vladimir Putin?

Despite the loud statements about the protection of Idlib, in practice, Turkey does not stop the advance of the Syrian troops loyal to Bashar al-Assad. So, parts of the Syrian Arab army took the strategically important city of Sarakib and continued to move on, but the Turkish army, which in its capabilities is far superior to the Syrian, did not resist this advance.

Polish analyst Viktor Repetovich concludes that Idlib has become a bargaining chip of Turkey and Russia. The main objective of the military presence of the Turkish army in Syria is to neutralize the Syrian Kurds. For Erdogan, Kurds are the number one problem, compared to which Idlib is not even in second place. And Ankara is well aware that actions against the Kurds in northern Syria are possible only if Russia turns a blind eye to them.

Due to the Kurdish issue, Turkey has lost the support of the United States and Western Europe. The only thing the Americans did for their important NATO ally was to withdraw their troops from Syrian Kurdistan, leaving the Kurds to be torn to pieces by Erdogan.

The Syrian army in Idlib continues its victorious offensive. And it is obvious that it will not stop until it takes control of the Aleppo-Sarakib-Latakiya highway and all adjacent territories. But Turkey prefers to be limited only to supplies. weapons militants and critical statements. What is happening more and more makes us think about the existence of certain agreements between Putin and Erdogan.

By the way, a very similar situation is developing in Libya. There, the troops of Field Marshal Khalifa Haftar, fighting with their opponents - the PNS army, also strike at Turkish troops. Recep Erdogan has already recognized the presence of losses among the Turkish contingent in Libya. Haftar’s representatives speak of 16 dead Turkish soldiers and more than 100 dead Syrian jihadists who were also transferred to Libya at the initiative of the Turkish side.

Like Idlib, Libya has also become the subject of bargaining between the Russian and Turkish governments. But Erdogan needs to keep his political face in front of his own voters. Hence the warlike rhetoric and allegations that Turkey avenged the death of its soldiers by destroying some of the military of Haftar or Assad.

It is interesting how ordinary Poles perceive what is happening - the inhabitants of a country whose authorities come out with rigidly anti-Russian positions. Surprisingly, the opinion of ordinary visitors to Polish information resources on the issue of events in Syria was divided.

If not for Russia, ISIS (banned in the Russian Federation) would have territory reaching Jordan, part of Iraq and Turkey ... not to mention the whole of Syria,
- writes one of the commentators.

Another user calls Vladimir Putin’s policy in Syria brilliant and emphasizes that today the Kurds know that only Putin can stop Turkey, and in Ankara, in turn, they understand that only Putin can stop Assad. Another commentator emphasizes that from cooperation with Putin Erdogan solved at least three problems: he neutralized the Syrian Kurds, received cheap oil, and contributed to the weakening of the neighboring state - Syria.

On the issue of the Russian presence in Syria, the Polish audience also does not have unity. The user under the nickname Latv writes:

Russia was invited there by a legitimate government, and Turkey occupies this territory in violation of international law. In any case, it matters who the neighbor is. The US has no neighbors in the Middle East or Europe, so what?
He is answered by another commentator, who claims that Syria is a failed state, and Turkey and the Americans have made at least some attempt to resolve humanitarian problems in this country.

Someone in September 1939 also decided that Poland was a failed state and that it was necessary to support the oppressed inhabitants ...

We are in Yandex Zen
Results of the week. "God forbid to see Russian revolt, senseless and merciless!"
Syria: Americans scare themselves, and Asma Asad buys chairs
22 comments
Information
Dear reader, to leave comments on the publication, you must to register.