How did the Ice Siberian campaign end 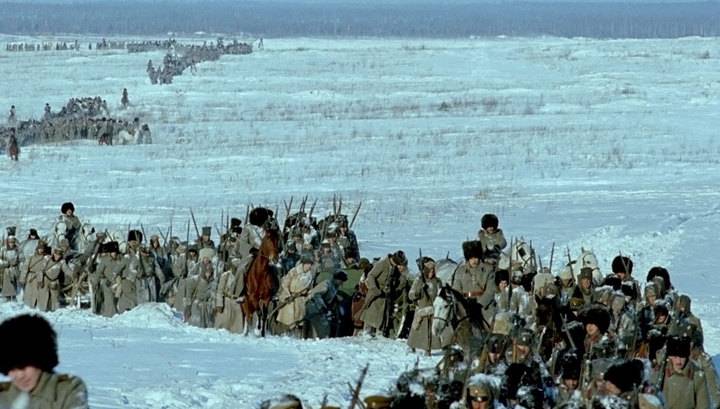 Smoot. 1920 year. 100 years ago, in February 1920, the Great Siberian campaign ended. In Transbaikalia, the remnants of the 2nd and 3rd armies of Kolchak made their way. They allied with the forces of ataman Semenov, and a white Far Eastern army was formed in Chita.

On February 5-6, 1920, Kolchakites (the remnants of the 2nd and 3rd armies under the command of Wojciechowski and Sakharov) fought stubborn battles on the outskirts of Irkutsk. On February 7 they broke through to the city itself, took the Innokentyevskaya station near Irkutsk (rich military warehouses were seized here) and were ready to advance further. However, after the news of the death of Kolchak and the ultimatum of the Czechoslovakians (the Czechs categorically demanded not to occupy the Glasgow suburb that dominated the city), the commander of the white forces, General Wojciechowski, gave the order to go around the city from the south and break through to Lake Baikal. At the forefront was the Izhevsk division. A rearguard was left in Innokentyevskaya to demonstrate the threat of continuing the assault on Irkutsk.

On February 9, 1920, the advanced forces of the Kappelevites came to Baikal near the village of Listvennichny, where the Angara flows into the lake. The White Guards stopped in a large and rich village for a day's rest. At the same time, the white rearguard was leaving Irkutsk with battles. Despite access to Transbaikalia, the situation was alarming for whites. There was no exact data. Only rumors that the Mysovaya station on the other side of Lake Baikal was under the control of Japanese troops. But the Reds attacked there too. Where the chieftain Semyonov and his troops were unknown. It was impossible to stay. The enemy could soon press the White Guards to the lake and finish off.

The situation was also unclear with the road. Previously, they traveled from Listvenichny or Goloustnoye, 40-45 miles on ice, but now they have stopped. It’s dangerous, and the previous economic ties were cut off. White had to go first, grope and pave the way. By evening, the troops of the 2nd Army began to stay in Listvennichnoe, parts of the 3rd Army of Sakharov moved further to Goloustoy. This is about 10 miles on the ice of Lake Baikal.

Baikal is a whole "sea". In winter, its surface fetters ice. But it happens that the lake is worried, the ice breaks, gives deep cracks that sometimes stretch for kilometers. Therefore, the campaign through Lake Baikal was a new ordeal for the White Guards. At night we got to Goloustnoye, a small coastal village. February 11 Kolchak moved across the lake. It was a long string of foot, horse and sleigh. The transition was difficult. Only in places there was snow, the icy desert prevailed. It was very difficult for horses with ordinary horseshoes. They glided and stumbled on ice. This exhausted them greatly, quickly deprived of strength. Weak animals fell. By the end of the day, the entire path was littered with the corpses of horses. Riding all the time in a sleigh was hard, frost and a piercing wind turned a person into an ice. I had to get off the sled, go and run to warm up. We moved slowly, with stops. Ahead were conductors, Baikal fishermen who determined the strength of ice, carefully paved the way, avoided cracks.

“It is difficult to give a real picture of those days - it is too unusual ... But imagine, for a minute, in the midst of your usual life in a warm environment, imagine - thousands of miles of Siberian age-old space; the deaf taiga where a man’s foot didn’t go, wild mountains with hard-to-reach slopes, huge rivers bound by ice, two arshins deep snow, frost cracking ... And imagine thousands of Russian people walking day after day through these deep boundless snows; whole months, day after day, in an atmosphere of terrible cruelty and deprivation. And there is at every step the danger of fratricidal war. ... And complete suspense. Where is the end? What will happen next? Baikal with its icy road is the apotheosis of the entire Ice Camp. The White Army marched across the lake-sea, not knowing that it was waiting for her on the other side, waiting for the enemy there ... "

On the evening of February 11, the vanguard of the White Army left for Mysova station. On average, the White Guard units crossed the lake in 12 hours. In Mysovaya was a Japanese detachment. Kolchakites learned that the ataman Semenov with his 6th East Siberian Corps is holding fast in Transbaikalia. “By the decree of Kolchak of January 4, 1920, Semenov was transferred (before receiving instructions from Denikin appointed by the Supreme Ruler of Russia)“ the entire completeness of military and civil power throughout the territory of the Russian Eastern Outskirts, united by the Russian supreme authority ”. On January 16, Semyonov announced in Chita the establishment of the government of the Russian Eastern Outskirts, led by cadet S. A. Taskin. But after the uprising in Vladivostok, under the rule of the chieftain, behind whom the Japanese stood, only Transbaikalia remained. Transbaikalia for the period from January to November 1920 was the last stronghold of whites in Siberia.

For several days, all the White Guards crossed Baikal. In total, the lake passed to 30-35 thousand people. The White Guards received supplies - several wagons with food and warm clothes. Some of the sick, wounded, as well as women and children, were taken by rail to Chita. The troops of the 3rd and 2nd army moved to the Verkhneudinsk region (since 1934 - Ulan-Ude). Along the way, the White Guards clashed with the Red Partisans. They immediately captured the village of Kabanie, the former center of the Red Partisans, and opened the way to Verkhneudinsk. Here stood a Japanese team led by Major General Agatha.

In general, the Japanese troops were a real imperial army, with high discipline, order and combat readiness. The Japanese division located in this area had 12-14 thousand bayonets and could easily stop the advance of the Red Army. However, the Japanese, like the Bolsheviks, did not want a direct clash and behaved very carefully with each other. The Japanese did not succumb to the persuasion of the Directory, the Omsk government of Kolchak, and the chieftain Semyonov. On the one hand, Japan needed a buffer in Siberia in the person of Kolchak and Semenov to cover its possessions in Manchuria and Korea. It took time to gain a foothold in the Far East. Therefore, the Japanese were the best in relation to the Kolchakites, or, as they were now called, the Kappelites. On the other hand, the Japanese were crushed by competitors - the British, Americans and French. They demanded that Japan withdraw troops from Siberia and not help the White Guards. The masters of the West did not want the clever Japanese to seize the eastern part of Russia, since this did not work out for themselves under the guise of Czech bayonets.

Parts of the 3rd and 2nd armies were reduced to corps. The corps was reduced to divisions, divisions into regiments, excessive headquarters and institutions were liquidated. After a week of rest, the Kappelites advanced to Chita in marching order. A part of the wounded and sick, and the Ufa division (the former Ufa corps) were taken out by rail. The remaining units were promised trains from the Petrovsky Plant, 140-150 versts from Verkhneudinsk. The troops moved on a sleigh. The trip was difficult, as there was little snow, most of the terrain was exposed or covered with a thin layer of snow. The area was very rugged, with ravines and hills, dense forest. The troops moved in three groups to facilitate the search for an overnight stay. Settlements, as well as roads were few. At the forefront were Izhevsk and Jaegers, then the Ural Division, dragoons and the Volga cavalry brigade, in the third group - Cossacks, Orenburg and Yenisei. On the way, the vanguard again had to fight the Red Rebels. In Transbaikalia, against the seedlings, patriarchal Old Believers guerrilla. Huntsmen and Izhevsk overturned the enemy.

From Petrovsky Zavod, a large industrial village, they moved in echelons. For the first time in a month and a half after the Krasnoyarsk White Guards got the opportunity to take advantage of the Russian railway, which was occupied by foreigners. There were not enough squadrons only for cavalry: the 1st Cavalry Division and the Cossacks marched along the valley of the Khilok River. The path was difficult - in five days of the march from Petrovsky Zavod to Chita, up to a third of the horsemen fell. The railway was guarded by the Japanese, so the path was relatively calm. In late February - early March 1920, the remnants of Kolchak's army entered Chita.

Based on the remnants of the 2nd and 3rd armies, which were reorganized into corps, and the troops of Semyonov, the Far Eastern Army was created. It included three corps: the 1st Trans-Baikal Corps (Semenovtsy), the 2nd Siberian Corps of General Verzhbitsky and the 3rd Volga Corps of General Molchanov. The supreme commander and head of government was Ataman Semenov. The army was led by General Wojciechowski (from the end of April 1920 - Lokhvitsky). The troops were located in the Chita region, rested, replenished ranks, hoping to launch an offensive in a month with the goal of putting under their control the entire territory from Lake Baikal to the Pacific Ocean. 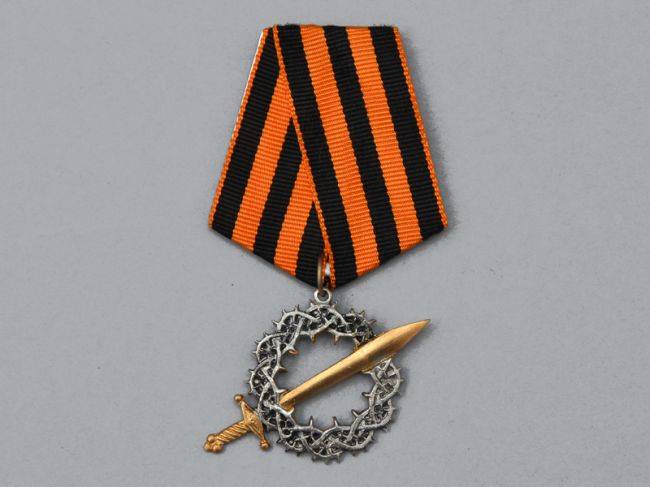 Military Order for the Great Siberian Campaign of the 1st degree

Ctrl Enter
Noticed a mistake Highlight text and press. Ctrl + Enter
We are
The battle for Krasnoyarsk and Irkutsk. How the "allies" surrendered KolchakKolchak's liquidation
58 comments
Information
Dear reader, to leave comments on the publication, you must to register.