Armament of the Ukrainian army: suitable equipment or scrap metal 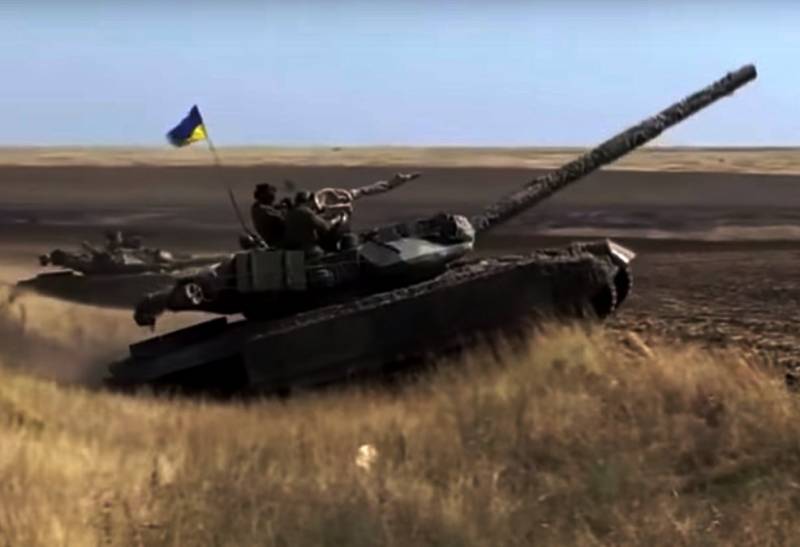 Ukrainian weapon and military equipment used in the Donbass, quite often evaluated very unflattering. But is it really outdated trash, suitable only for remelting?


After the collapse of the Soviet Union, difficult times came for both the defense industry and the armed forces of Ukraine. Weapons and military equipment were sold to developing countries in Asia and Africa, or even simply sent for scrap. Almost no new types of weapons entered the Ukrainian army - there was no money, and Kiev did not see much sense in this.

For example, the number of armed forces of Ukraine for the period from 2014 to 2019 has grown from 120 thousand to 204 thousand people - almost twice, and this is not counting the number of so-called paramilitary groups - actually armed Kiev armed groups. Accordingly, a much larger quantity of weapons is required, moreover, modern weapons, and not the one that promises to fail in the near future.

The basis of the APU fleet is Tanks T-64 and T-72 of various modifications, BMP-2, BMP-1, BMD-2, BTR-80 and BTR-70, BRDM-2 armored vehicles, the basis of artillery and missile forces are Grad and "multiple launch rocket systems" Grad-1 "," Hurricane "," Tornado ", self-propelled guns 2С1, 2С3, 2С5. howitzers 2A36 "Hyacinth-B", D-30 and D-20, mortar 2C12 "Sani". Most of the military equipment and weapons, as we see, are Soviet-made and inherited by the Armed Forces of Ukraine by inheritance from units and formations of the Soviet Army and the Naval fleetdeployed on the territory of the Ukrainian SSR.

Now the fleet of military equipment is being updated, primarily due to supplies from abroad, but there are certain nuances here. For example, at the beginning of 2018, the BMP-58AK (anti-cumulative) from the Czech Republic, delivered to Ukraine through Poland, first appeared in the 1th separate motorized infantry brigade.

But the BMP-1AK is nothing but the "good old" Soviet BMP-1, delivered to the GDR shortly before the reunification of Germany. In 1994, 350 BMP-1s were acquired by Sweden, and in 2010 Sweden sold 250 Czech military vehicles. The Czech Republic, through a Polish company, sold towers and hulls to Ukroboronprom, after which the vehicles were assembled at the Zhytomyr Armored Plant. BMP-1AK - modified BMP-1 with established digital communications. The machine, of course, is outdated, but in the Armed Forces of Ukraine they were happy with such equipment, the losses of the BMP and armored personnel carriers suffered by the army during the fighting in Donbass were so strong.

The United States is also in no hurry to supply Ukraine with modern weapons and military equipment, preferring to send outdated copies to the Kiev regime. For example, several Humvee SUVs manufactured back in the 1980s were shipped. But Ukraine was delivered the famous Javelin ATGM. Moreover, Ukrainian analysts explain the need for their supply by the fact that Russia, regarded as the most important enemy, has an impressive number of tanks. As for the countries of Eastern Europe - Poland, the Czech Republic, Lithuania, then Ukraine also buys Soviet military equipment and weapons from them.

Even worse, is Ukraine’s air defense system. After the outbreak of hostilities in the Donbass, the S-300 air defense system was repaired, capable of hitting targets at an altitude of up to 27 km. It was returned to service with the Armed Forces of Ukraine and the S-125-M1 SAM with an altitude of up to 14 km. There are "beeches" with missiles of the "old standard". The Ukrainian authorities, of course, dream of the American Patriot, but dreams are one thing, and the real financial possibilities of modern Ukraine are another.

Thus, the modern Ukrainian army is armed mainly with Soviet models of weapons and military equipment. Of course, you can call it scrap. But hatred here is useless. Despite the fact that many of these samples were released in the 1970s-1980s and even 1960s, it is possible to fight with their help, but not against an opponent like Russia. But in Kiev almost every day they “sing” that they are at war with Russia and are ready to go to Moscow and further, “protecting Europe from aggression”.

Ctrl Enter
Noticed a mistake Highlight text and press. Ctrl + Enter
We are
Situational analysis of the death of the MH17 flight (Malaysian Boeing 777), made on the basis of engineering analysis from 15.08.2014Strangulation: the context, conduct and consequences of the American naval blockade of China
23 comments
Information
Dear reader, to leave comments on the publication, you must to register.