One belt, one way, one coronavirus: will COVID-19 strike a Chinese project 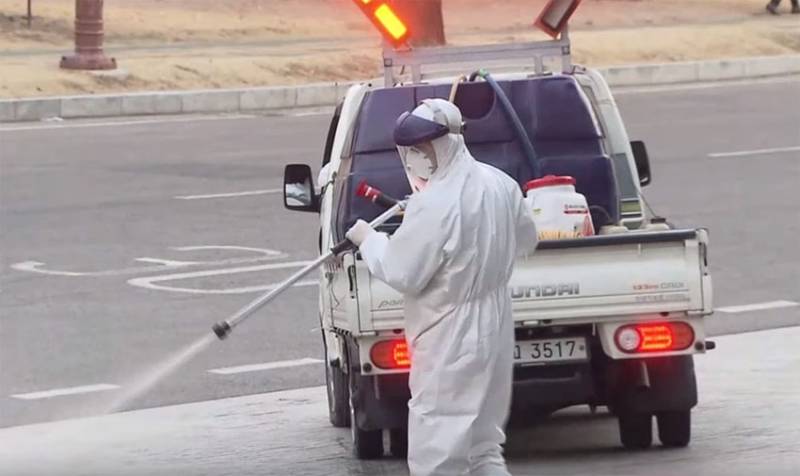 One of the most sensitive pain points in China, which is dealt a crushing blow by the deadly epidemic COVID-19 that has spread in this country and is rapidly spreading all over the world, is the ambitious and promising project “One Belt, One Way”. Will the Celestial Empire be able to realize its plans in spite of the misfortune that befell her, or will its “New Silk Road” end, almost without beginning?


Recall that the initiative, widely voiced by the Chinese top leadership in 2013, was declared the country's top priority in foreign economic and foreign policy activity for all the coming years. The colossal project is aimed at unification through the creation of an unprecedented infrastructure and trade network of markets and economies in Asia, Europe, and the Middle East. A considerable place in it is given to Russia. Naturally, such intentions with clearly far-reaching consequences from the very beginning aroused hostility in the United States, which rightly saw them as a direct threat to their own claims to the role of world hegemon.

And then the coronavirus struck ... For the world economy unbalanced by trade wars and other confrontations, he played the role of the “black swan”. That is, an unpredictable and unexpected cataclysm, bearing negative consequences, which everyone is destined to feel on themselves.

Today, by far the most affected country in the world is China. The drop in industrial production, quarantine cordons blocking the country, the drop in tourist flow, a sharp decline, and in some respects a complete cessation of exports - all this mercilessly hits the economy of China, threatening, if not destroying, then significantly weakening it for an unpredictably long time. Here, quite possibly, there will be no time for global projects - the priority will be the salvation and revival of their own country.

What international “way” can we talk about, given the fact that an increasing number of countries completely stop air communication with China, close their borders not only for immigrants from it, but also for their own citizens who have been there? The epidemic, like a hurricane, destroys and tears supply chains that have been established over the years, economic ties, and logistics routes. How long they have to recover and whether they will be restored in principle depends on the speed and success of the fight against coronavirus in China itself and the countries in which this disease is rapidly spreading: Iran, Italy, South Korea. Perhaps some others. Today, people infected with COVID-19 have been identified in more than 30 countries.

There is a considerable danger that even for some time after the end of the epidemic, everything from Chinese (contrary to the assertions that the virus is not transmitted through various objects) will be shy away from the plague. And for trips there - it doesn’t matter, tourist or business, only daredevils can dare. There is one more point: the problems arising from the spread of the disease, the same forced shutdowns of production located far outside of China, due to the lack of components and parts traditionally supplied from there, may make some people think about excessive dependence on the Celestial Empire, in recent years arising from many companies around the world. And push for things like diversification and import substitution. And this, too, will not be at all in favor of the development of the "One Belt".

Expert assessments regarding the prospects for the development of the situation today differ to the full polarity. Someone urges to prepare for a global pandemic and almost the end of the world. Unfortunately, among the pessimists there are specialists from the World Health Organization. Others point to the over-inflated panic mood around the disease, compare the number of its victims with the number of those who die from the flu every year, and predict the imminent end of excitement and general horror. Which of them is right, we will know soon. In any case, standing across the new great Chinese route COVID-19 if it does not block it tightly, it will slow down the movement for a long time.

Ctrl Enter
Noticed a mistake Highlight text and press. Ctrl + Enter
We are
Silk Road and Chinese ExpansionInfluenza in Russia. What threatens public health and why not panic?
43 comments
Information
Dear reader, to leave comments on the publication, you must to register.