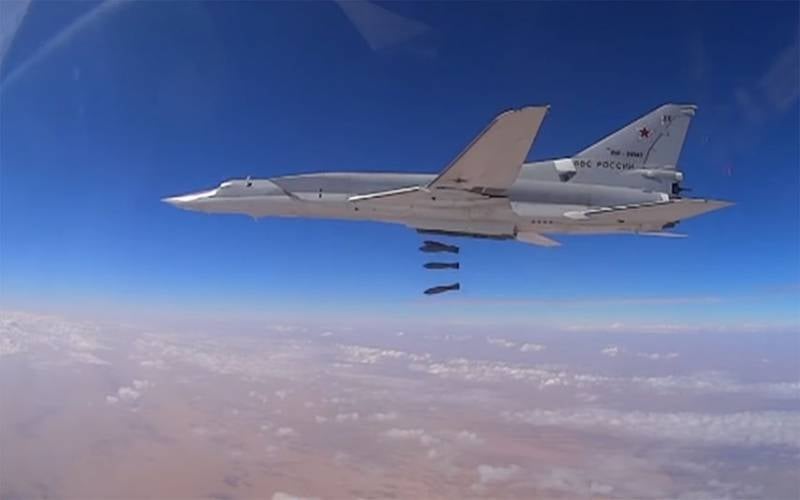 Reports coming today from the most "hot" military direction - the Syrian, among other things, make us think about how, in the current conditions, not only the methods and methods of warfare have changed, but also the pace and speed of hostilities. The situation looks paradoxical: in the presence of a military aviationcapable of covering vast distances in a matter of minutes, and of the same missiles that could be struck instantly from another hemisphere, modern armies have returned to practice, in which battles for mastering small towns have been going on for almost years. Why?


Really, sometimes it seems that we returned to the ХІХ, and even to the ХVIII, when the siege of the fortresses lasted for years, and the military campaigns - for whole decades. Then this was due to technical issues: not every weapon could control good fortifications, troop transfers were carried out “on their own” and depended extremely on both the quality and quantity of roads and simply on weather conditions. Lasciviousness could easily frustrate any “blitzkrieg”, and the conquerors who stormed their gates and bastions, sometimes pounded their foreheads in the most literal sense of the word.

The current means of destruction make it possible to level almost any fortifications with the ground, and enormous military contingents are moving around the world at a speed that our ancestors could not even imagine. Progress, however ... it is precisely his achievements that largely determine the utmost caution, which directly translates into the slowness with which military operations are conducted today. Firstly, why drive the infantry or “armor” into the attack if the enemy’s defenses according to new military doctrines must first be loosened with electronic warfare equipment, bleed by bombing, and at the same time exert maximum demoralizing effect on his personnel in one way or another? Didn’t work the first time? Let's try again. And more ... The main thing is that we have fewer losses, and even better - they were completely absent.

Secondly, given the cost of any modern combat vehicle, it doesn’t matter tank, an armored personnel carrier or even engineering support equipment, its loss or serious damage turns into a major loss. We don’t even have to talk about aviation - there are such numbers in use that they can cause a heart attack for an understanding financier. And the soldier in most modern armies is not a free recruit or low-budget draftee at all. As a rule, insurance payments in the event of his death and disability are also very noticeable. Well, and who after this needs rapid assaults and dashing attacks? For comparison, one of the most important battles of the Great Patriotic War, the Battle of Stalingrad ... On both sides millions of armies, thousands of tanks, planes, tens of thousands of guns were involved. Now they don’t fight like that.

In this case, one more thing to consider: the vast majority of modern military conflicts are conducted with the participation of the US Army and its allies. And the “military tactics” there roughly fit into the principle: after the first shot in your direction, face you in the ground and wait until the air support arrives! Even better - in combination with such a missile and artillery strike, from which everything will be plowed several kilometers in breadth and several meters in depth. So they are fighting. And it doesn’t matter at all that the task is set to occupy a settlement, the entire “garrison” of which is about ten “barmaley” with a rifle weapons. While the enemy will give at least some signs of life, no one will go into a frontal attack, they will “iron” - at least a week, at least a month, at least six months.

Russians, of course, have never fought like that. “A bullet is a fool, a bayonet is well done!” And so on ... It’s very easy to imagine our tank and motorized infantry columns advancing with an irrepressible steel shaft on the same Idlib and taking it in the shortest possible time. That's just ... How many of our guys will remain in Syrian sands after that? A bullet, she, you know, is not always a fool. So, maybe everything is going slower, but it’s really smarter. And most importantly - with less loss of people and equipment. Especially when it comes to our people.

In the end, today the political, economic is often above the military aspect. Any offensive, including a successful one, often runs into a conflict of political and economic interests, immediately followed by a well-known series: negotiations, a truce, a de-escalation zone, then a rollback, followed by new military operations - and all over again. The realities of the new time.

Ctrl Enter
Noticed a mistake Highlight text and press. Ctrl + Enter
We are
Situational analysis of the death of the MH17 flight (Malaysian Boeing 777), made on the basis of engineering analysis from 15.08.2014Kuriles - an integral part of our homeland
27 comments
Information
Dear reader, to leave comments on the publication, you must to register.