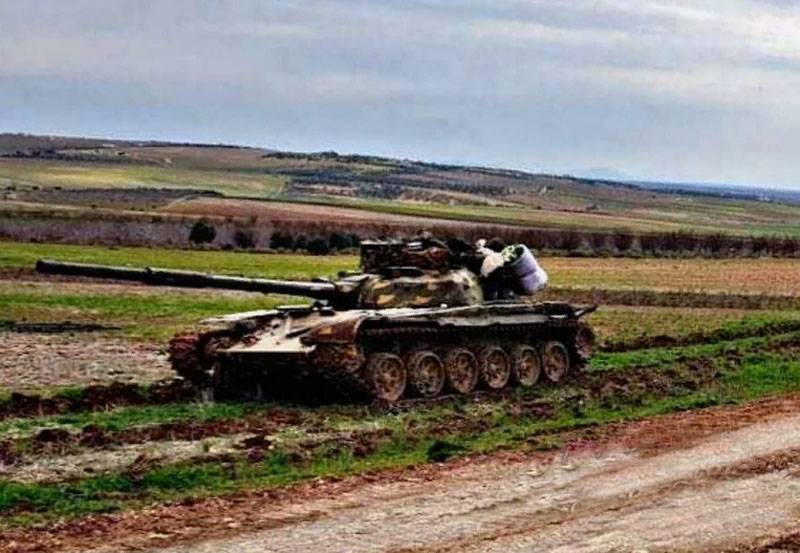 A video appeared on the network from the Syrian village of Nairab (Neyrab), for which there have been stubborn fights over the past few days. This village is located in the province of Idlib and is currently under the control of militants, who are actively supported by Turkey.


A video taken from a drone demonstrates how Syrian government forces tried to counter terrorists.

It is this interpretation - "counterattack" - voiced by the representatives of the SAA themselves. This video raises a number of questions.

The question that has already been voiced in the Russian segment of social networks is if this is an attempt to counter-strike, does this mean that operations of this kind on the front line in Idlib are carried out by one platoon under the cover of one tank? By the way, according to the militants, this CAA tank was eventually knocked out with a guided missile.

The situation also seems strange because on one of the streets of Nairab a group of Syrian military personnel of no more than 20 people is dispersed in such a way that many are ahead of the tank. It is not clear who in this case is covering whom and whether it is covering.

And even after the militants launched an artillery attack on one of the Nairab’s units, the SAA detachment again scattered more than strangely: several people fled in the direction of the enemy, and the tank, whose crew apparently “reflected” on further options for performing the combat mission, noticeably lagged behind and only then began to catch up with frisky foot soldiers. But if the command is aware that the militants are using artillery, how justified was the extension of this platoon, which cruised directly through the shooting streets of the village? How secretive was this nomination ...

We are in Yandex Zen
Reports from the militia of New Russia for 27-28 September 2014 of the year
December 2010 years. Russian March. Senseless and merciless? Notes not a Russian person
90 comments
Information
Dear reader, to leave comments on the publication, you must to register.