Project 20380 Corvette Series for Pacific Fleet can be continued 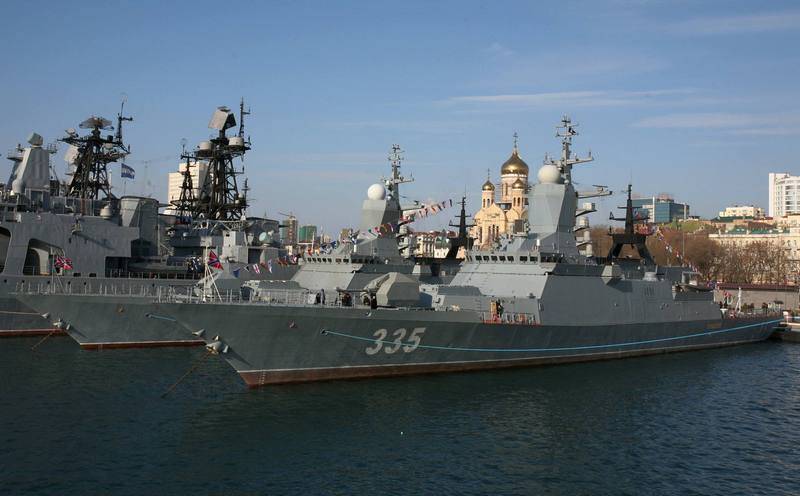 A series of project 20380 corvettes may be continued. The contract for the construction of ten corvettes of this project can be obtained by the Amur Shipbuilding Plant. This was reported by "Vedomosti" with reference to two independent sources in the USC and the Ministry of Defense.

According to sources, the Amur Shipyard can get a contract for the construction of ten corvettes of project 20380 at once. The Ministry of Defense and USC are currently discussing the terms of the contract for ships, the signing of the agreement may take place in 2021.

According to the publication, in the case of the conclusion of the contract, all new corvettes will go to the Pacific fleet, which currently has only two corvettes built in the Amur Shipyard and transferred to the Pacific Fleet in 2017 and 2018, are Perfect and Loud. Two more corvettes are approaching - “Hero of the Russian Federation Aldar Tsydenzhapov” (undergoing factory sea trials) and “Rezky” (under construction).

According to the expert of the Center for Analysis of Strategies and Technologies, Mikhail Barabanov, at the moment the Amur Shipyard cannot build ships with a displacement larger than the project 20380 corvette. The corps itself need Pacific Fleet to support the project 955 nuclear missile submarines in Kamchatka.

In the Russian Navy, project 20380 corvettes are classified as multipurpose combat surface ships of the 2nd rank of the near sea zone. They were developed by the Almaz design bureau. At the moment, the Russian Navy has six ships of this series. 4 of them serve in the Baltic Fleet, two more in the Pacific Fleet.

The features of the ships of this project are compactness, stealth, a high percentage of systems automation. The 20380 project actively applies the principle of modular architecture. This approach allows to reduce production costs and increases the modernization potential of the ship in the future. The ship can carry Ka-27 anti-submarine helicopter.

We are in Yandex Zen
The second serial corvette of the 20380 project was launched at the Amur Shipyard
The latest 20380 project corvette launched
104 comments
Information
Dear reader, to leave comments on the publication, you must to register.