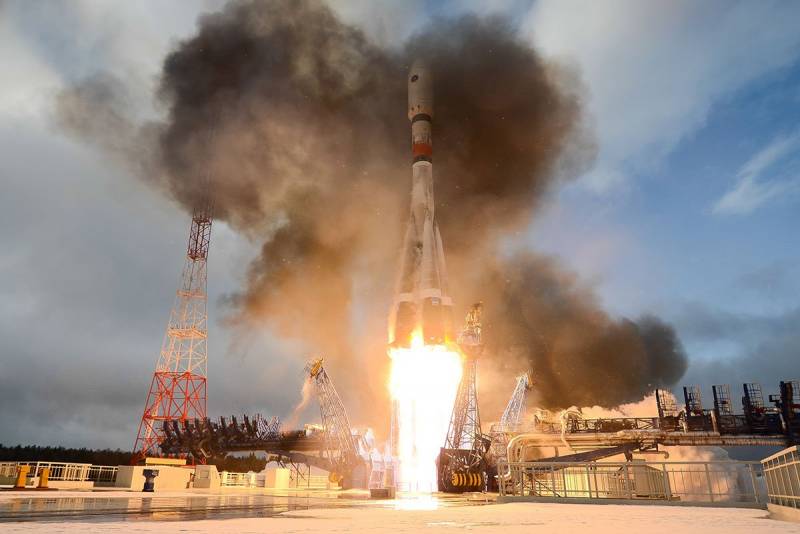 Last Thursday, the Soyuz-2.1a rocket with the Meridian-M military communications satellite was launched from the Plesetsk cosmodrome. This launch was supposed to take place in January, but due to problems with the third stage of the rocket, the start was shifted almost a month “to the right”.

Where will we fly?

According to the expert, due to the premature end of fuel, the third stage of the Soyuz-2.1a launch vehicle did not work for several seconds. “The accident was prevented by the Frigate booster block, which, thanks to its intelligent control system and fuel reserves, compensated for missile shortfalls,” RIA Novosti quoted its source as saying.

Such failures in our rocket and space industry will not surprise anyone. Last year, the head of Roskosmos, Dmitry Rogozin, as a great achievement, said that the launch of the carriers went without accident. Although the media noted: it was not without various kinds of overlays.

The case with the launch of Meridian-M is notable for the fact that the Soyuz-2 rocket (more precisely, its new version of Soyuz-2.1b) is the base for the first stage of the Russian moon exploration program, designed for 2021-2040. There is no other carrier for these tasks at Roskosmos yet.

The launch of the Angara-5 heavy rocket as part of the lunar program is expected only in 2027, that is, outside its first stage, limited to the period 2021-2025. These stages were presented to the public in November 2018 immediately after the joint meeting of the Council of the Russian Academy of Sciences for Space and Roscosmos.

Later they were given special names. The first stage was called "Sally." It involves the study of our distant satellite by automatic stations of the Luna series (Luna-25, 26, 27, 28), unmanned aerial flights of the Moon by the promising manned spacecraft Federation, the creation of a near-moon orbital station based on the elements of the Russian segment of the ISS. All these research missions will serve the solution of scientific problems, reconnaissance, preparation for the implementation of further stages of the program.

The second stage (2025–2035) was loudly called “Outpost”. Probably because it is supposed to place the first elements of the visited base on the lunar surface. The implementation of this part of the program should be ensured by manned flights with a long (up to 14 days) landing of astronauts on the moon.

The third stage (after 2035) - with the speaking name "Base". He intends to complete the construction of a full-fledged visited lunar base, including two astronomical observatories (for radio astronomy and cosmic rays), a shelter from radiation, and water ice mining infrastructure (to create oxygen-hydrogen fuel based on it).

Behind this brief annotation of the ambitious lunar program lies the great and difficult path of our rocket and space industry. She has to carry out serious design and research work, create new carriers and spacecraft, deploy in space groups of navigation satellites and communication satellites, and much more, useful and necessary.

Experts doubting the implementation of the Russian lunar program, pay attention to several circumstances. So what is hindering the execution?

First of all, to finance the industry. It was decently reduced already in the framework of the Federal Space Program of Russia for 2016–2025.

Under the sequester’s knife, the development of a complex with a returning first stage for Russian missiles and technology for detecting asteroids threatening the Earth fell under the knife. Reduced from 95 to 70 vehicles (in the perspective of 2025), the Russian orbital group and a number of projects.

Experts name underfunding among the reasons due to which the already mentioned Soyuz-2.1b rocket has not yet received such statistics of successful launches so that this carrier can be used without restrictions. Now, for example, Soyuz-2.1b is not used for manned flights and other especially important missions.

The development of the manned spacecraft Federation is also being delayed. Declared for use in an unmanned version already at the “Sally” stage, the ship moved deep to the right. At least this January, at the XLIV Academic Readings on Cosmonautics in memory of S. P. Korolyov, the first deputy head of Roskosmos, Yuri Urlichich, announced that an unmanned aerial flight of the moon by the ship Orel (the new name for the Federation) is planned no earlier than 2028.

There is another threat to the Russian lunar program. Experts call it a drop in discipline and industry responsibility. Usually no living examples are given for this statement, but we have our own - very fresh.

Describing the problems with the recent launch of the Soyuz-2.1a rocket from Plesetsk, experts noted that the launch carried out military combat crews, which "could underfill fuel in the third stage when refueling before launch."

So the human factor is perhaps the main one among those that can delay the implementation of such an important program for the exploration of the moon for the country.

We are in Yandex Zen
Situational analysis of the death of the MH17 flight (Malaysian Boeing 777), made on the basis of engineering analysis from 15.08.2014
Syria: Americans scare themselves, and Asma Asad buys chairs
131 comment
Information
Dear reader, to leave comments on the publication, you must to register.