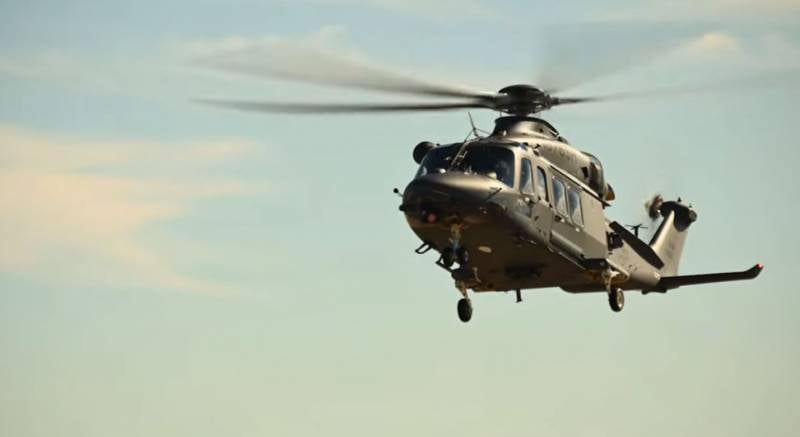 The Boeing Aircraft Corporation, whose business has recently gone far from being the best due to the ban on the operation of 737MAX airliners, which followed after two crashes of this model aircraft in 2018 and 2019, is actively trying to improve the situation by working with its traditional partner, the Pentagon. It should be noted that in this direction the company manages to achieve much greater success than in the matter of returning its famous airbuses to the line.


So, the other day it became known about the successful completion of the first combined test flight of the new MH-139A Gray Wolf helicopter, designed for the US Air Force. It was carried out under the command of a Boeing pilot, but for the first time a military man seated at the helm of the car - Major Zach Roycroft, a leading test pilot of the 413rd flight test squadron of the program. He called the flight

After extremely unpleasant stories with the 737MAX airliners, which cast a shadow not only on the aircraft giant itself, but also on the state bodies obliged to supervise it, the FAA inspectors carry out inspections not only with a triple, but with a tenfold addiction. At Boeing, they are trying very hard to fulfill all their requirements even before the moment when mixed crews from representatives of the corporation and the Air Force pilots take up the tests of the machine. In turn, the initial military ground tests under the MH-139A program should be completed at the end of this month.

Recall, the new helicopter should replace the morally obsolete UH-1N “Huey” model, which is now in service and which, according to the declared performance characteristics, seriously exceeds both in speed, survivability and range, and in a number of other important parameters.

However, while promoting new developments, Boeing does not forget about the good old classics - not so long ago, representatives of the concern reported on the delivery of the 500th CH-47F Chinook helicopter to the US Army. This transport machine, operated by the US Army and the armed forces of its allied countries since 1962, went through the war in Vietnam, the Persian Gulf, Afghanistan, Iraq and continues to remain in service to this day. However, Boeing says that today they are sending to the troops an already improved and seriously modified helicopter model: with even greater payload, a modernized fuselage, new avionics and other improvements, which also include a digital dashboard known as the Common Avionics Architecture System.

A good one news for the corporation should be the results of the trip of US President Donald trump to India. As you know, during this visit, a contract was signed for the supply of this country's air force with six AH-64E Apache attack helicopters, one of the manufacturers of which is just Boeing. Moreover, the head of the White House intends to negotiate the purchase by them of American fighter jets as well, and the products of the aviation giant are also considered as possible options. Well, as long as the 737MAX remains chained to the ground, military contracts remain a real salvation for the Boeing.

We are in Yandex Zen
Situational analysis of the death of the MH17 flight (Malaysian Boeing 777), made on the basis of engineering analysis from 15.08.2014
Bangladesh military aviation to defend the homeland
11 comments
Information
Dear reader, to leave comments on the publication, you must to register.