The border of Turkey and Syria: can Assad regain control over it? 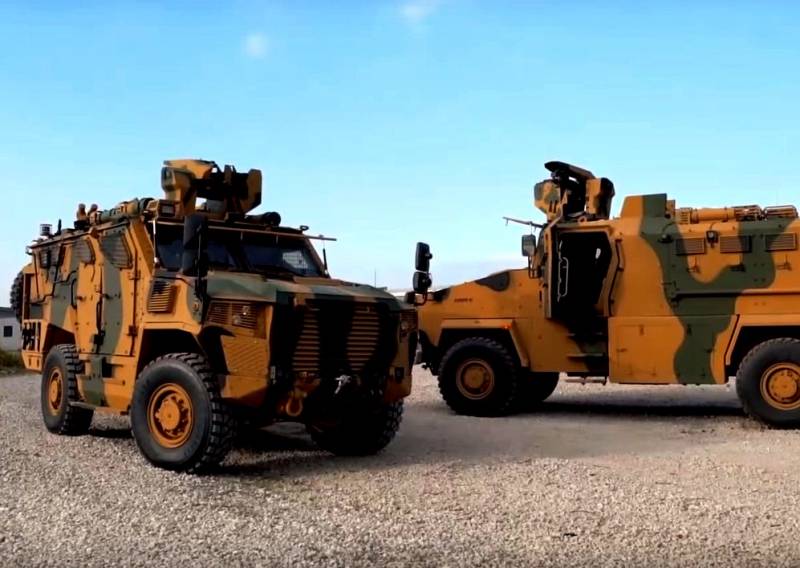 Preventing Turkish intervention in Syria could be taking control of the border with Turkey by Syrian troops. Let's try to figure out how likely this scenario is in the foreseeable future.


Today, Turkish troops violate the state sovereignty of Syria, being on its territory against the will of Damascus. Moreover, the Turkish military actually entered the war against the Syrian government forces, taking the side of the armed forces operating in Idlib. But the Syrian Arab army continues to press militants with Russian help.

One of the main goals of the Turkish military presence is to establish control over the border territories. Ankara believes that this is necessary, first, to protect Turkey from the armed forces of the Syrian Kurds, and secondly, they say that Turkmens and Sunni Arabs living in northern Syria need protection from the Bashar al-Assad government. In addition, much is said in Turkey about the humanitarian disaster in Idlib, which led to a large influx of refugees to the Turkish border.

For Damascus, the main thing is to restore its sovereignty over the northern territories, which today are beyond its control. In order to enter the Syrian-Turkish border and completely regain control over it, government forces will have to solve the problem with their three opponents: radical groups in Idlib, the Kurdish militia and the regular armed forces of Turkey. The last task is the most difficult.

If Turkey had not supported the militants in Idlib, then the Syrian troops would have routed them long ago. But the militants receive the most diverse weapons from Turkey, right up to armored personnel carriers and tanks. And the Turkish troops themselves have already attacked the positions of the Syrian government troops.

The military potential of Syria and Turkey is currently not comparable. Despite the fact that the Syrian army has been fighting for a long time and has extensive combat experience, the Turkish armed forces have a good weapon, fresh and well trained staff. Finally, they are much more numerous.

Now Ankara has concentrated very impressive forces on the border with Syria. It was not for nothing that the Turkish Minister of Defense Hulusi Akar and the Chief of the General Staff, General Yashar Guler, recently visited the border. They inspected the personnel of the Turkish troops, checking their combat readiness.

To push the Turkish troops to the border and force them into the territory of Turkey, Syria is not yet possible. Moreover, as more active operations of the Syrian Arab army, Turkey will transfer more and more new units and military equipment to the border areas. The only hope for the Syrians is associated with help from Russia, but Moscow will not get involved in a full-scale armed conflict with Turkey, even on Syrian territory.

Therefore, such a development of events can be predicted. Most likely, the issue of the presence of Turkish troops in Syria will be decided at the talks of representatives of Ankara and Moscow. And here it all depends on what mutual concessions and, conversely, decisive action are prepared by Recep Erdogan and Vladimir Putin. It is possible that Turkish troops may move back to the border, but their presence on Syrian territory will not end.

The complete withdrawal of troops from Syria would be a serious political defeat for Recep Erdogan. Moreover, the Turks, it seems, are gaining a foothold in the occupied Syrian regions for a long time: they introduce their own currency, open educational institutions with teaching in Turkish. The restoration of Damascus’s control over these territories would be a collapse of Erdogan’s neo-Ottoman ambitions, and of course he would never agree to such a development of events. Syria will not force Turkey to withdraw by force.

We are in Yandex Zen
Middle Eastern Turkmen. Turkic factor in Iraq and Syria
Syria: Americans scare themselves, and Asma Asad buys chairs
18 comments
Information
Dear reader, to leave comments on the publication, you must to register.