In the north of Syria, the failure of Erdogan's plans 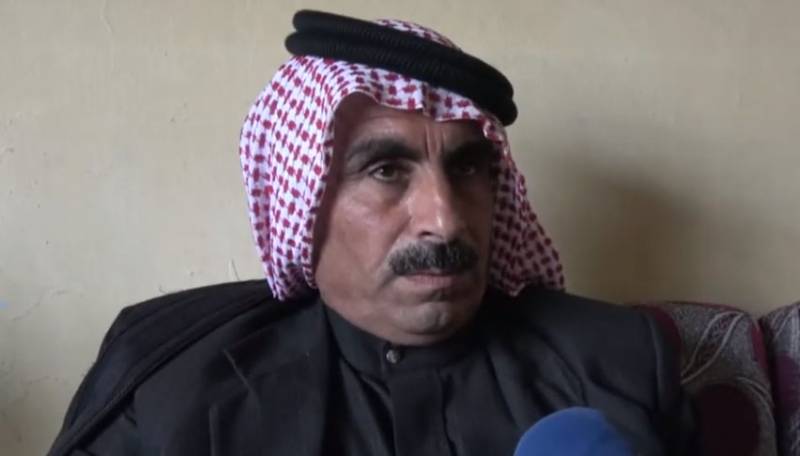 Kurdish media publish an interview with a representative of one of the influential clans of the north of Syria, Yousef al-Abdo. The main part of the interview was devoted to the Turkish military invasion of Syria.


According to Youssef al-Abdo, one of the goals that Recep Erdogan pursued during the planning of military operations in Syria was to divide the Syrian people and demonstrate the Turkish army as a force capable of controlling the north of the SAR in its interests.

But the knowledge of the Arab clans and tribes in northern Syria regarding what Turkey is plotting, Erdogan’s plans failed. We do not need discord in the region. We do not need colonialism. We need unity.
According to a representative of a major Syrian clan, in order for Turkey to have no chance of getting part of Syria under its own control, consolidation is needed. In particular, it was about the congress of Arab tribes in the city of Sarekaniye.

It is noted that the task of this congress is to defend the right to a unified Syria, to the rights of each of the peoples inhabiting the country.

We are in Yandex Zen
Reports from the militia of New Russia for 27-28 September 2014 of the year
December 2010 years. Russian March. Senseless and merciless? Notes not a Russian person
40 comments
Information
Dear reader, to leave comments on the publication, you must to register.