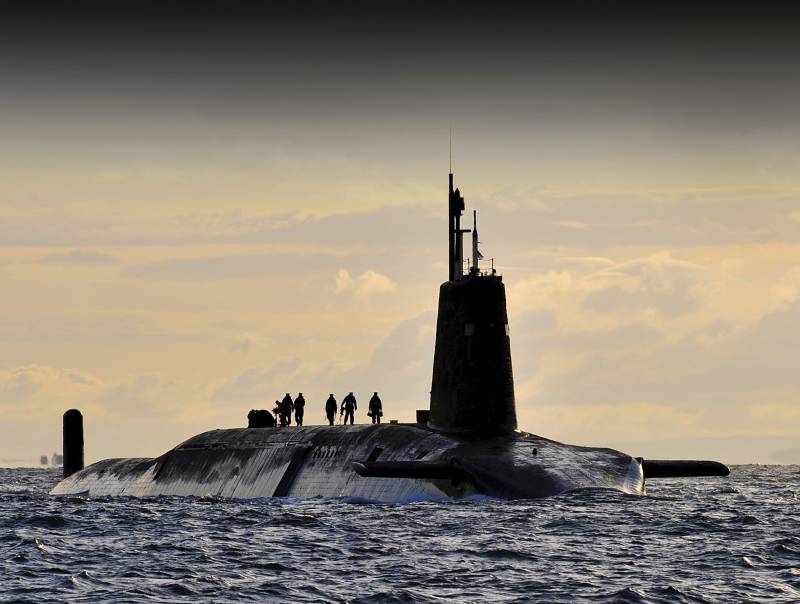 The British edition of The Guardian revealed the details of a very unpleasant storieswhich caused sincere bewilderment and extreme displeasure of the members of the parliament there, and especially those who are trying to influence the country's defense policy. In the United States, the decision was made that London had made a firm commitment to equip its own submarine fleet with new US-made nuclear weapons. However, for most members of the political establishment of Misty Albion, this was a complete surprise.


This is a statement made by Pentagon officials who said that the basis for updating the British nuclear arsenal in the near future will be a sea-based W93 warhead, which is the warhead for the next generation of ballistic missiles for submarines. The same information was indirectly confirmed by the head of the US Strategic Command, Admiral Charles Richard, during a hearing in the Senate Defense Committee, mentioned the presence of "the need for a new warhead, which will be called W93 or Mk7." He also stressed that the implementation of this program “will support similar actions in the United Kingdom, whose nuclear deterrence plays a vital role in NATO’s common defense position.”

With all this, the British Ministry of Defense’s traditional communiqué addressed to the country's parliament, published late last year on this topic, said only "continued work in support of the government’s decision to replace the warhead." Apparently, between the military departments of the two countries there was a tacit agreement on keeping information on this issue secret at least until the moment when sirs from the parliament could simply be confronted with a fait accompli. However, the guys from the Pentagon with their inherent “tact” and “delicacy” decided everything in their own way, and the deal, the fulfillment of which promises London billions of dollars, became public ahead of time.

Edward Davy, the acting leader of the parliamentary faction of the liberal democrats, expressed particular indignation at this situation. In his view, the government’s decision “to give the green light to the development of new nuclear technologies weapons"Without a thorough study of the issue and" with zero consultation "is" completely unacceptable. " Most of the parliamentarians went to British Prime Minister Boris Johnson. Davy believes, in particular, that with him, "Britain follows where Trump leads her, increasingly turning into a toy in his hands." The practice, in the framework of which “the main defense decisions of Great Britain are discussed in the United States, and not in Great Britain,” he refers to as “a flagrant scandal”.

Well, it is not known how this incident will affect Johnson’s already rather spoiled reputation, but the agreement to purchase the W93 as a result is unlikely to be terminated, no matter how indignant in parliament. And the saddest moment here is not the huge expenditures of London (let the sirs there survive), but the fact that this is another step towards further building up nuclear arsenals and reducing the level of security in our troubled world.

We are in Yandex Zen
Situational analysis of the death of the MH17 flight (Malaysian Boeing 777), made on the basis of engineering analysis from 15.08.2014
Results of the week. "God forbid to see Russian revolt, senseless and merciless!"
30 comments
Information
Dear reader, to leave comments on the publication, you must to register.