“People behave like animals”: ​​In China, they were outraged by the Ukrainian events because of the coronavirus 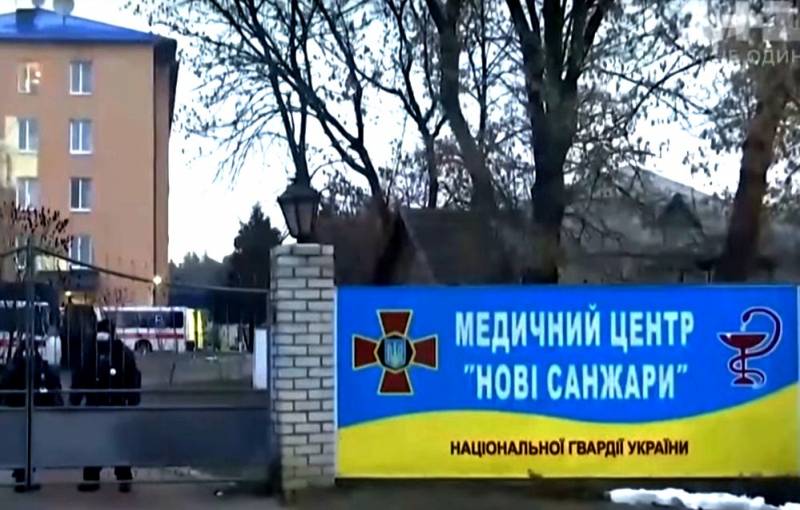 In Ukraine, another riot broke out. This time, the reason was the decision of the authorities to place passengers from China in one of the villages of the Poltava region, who should be checked for coronavirus.


New Sanjars were selected for quarantine of Ukrainians and foreigners traveling from Wuhan to Kharkov. Six buses with citizens arrived at the medical center of the National Guard of Ukraine, located in the village, which were to be examined for coronavirus.

But the local authorities did not like this initiative of the authorities. They rioted, stoning buses with unhappy passengers and clashing with police. As a result, 9 police officers were injured. The Secretary of the National Security and Defense Council of Ukraine Alexey Danilov himself urgently arrived in the village.

The most interesting thing is that Ukrainian doctors did not find signs of acute respiratory diseases in people who came from China. But this Poltava inhabitant news not reassured. Sensing a threat to their own security, the residents of the village of Novye Sanzhary attacked their compatriots. They even threatened to burn Ukrainian citizens who came from China alive. 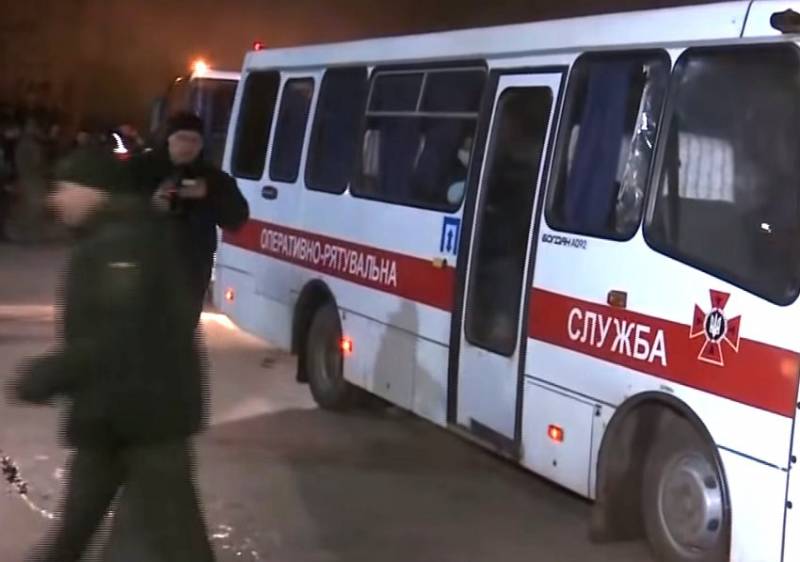 Meanwhile, China has already paid attention to events in the Poltava region. Sina Military published the news of the riots, after which ordinary Chinese readers of the site began to share their views on what was happening in the comments.

Ukraine is a country that the United States has infiltrated heavily. Ordinary people in the country are being manipulated by Americans. It is impossible for them not to destroy the country, because then the Americans will not give money! In an unfortunate country, these people do not let their compatriots in, but it’s really inhuman,
- writes Xu Wuhan from Beijing.

Many commentators are convinced that this behavior of Ukrainians is due to the fact that modern Ukraine is under the external control of the United States, and pro-Western media manipulate the minds of ordinary people. In this, according to the Chinese, the situation in Ukraine resembles the situation in Hong Kong.

How can Ukraine and Hong Kong behave as an animal world, and not as a human society? At least etiquette and respect have disappeared. Where is the result of the evolution of civilization?
- the user is indignant under the name "Thunder rain".

A user from Qingdao Province sees the main reason for the influence of the West, as well as in the general decomposition of Ukrainian society:

Ukrainians are now stupefied by the West. This country has been abandoned. People are stupid and lazy, people act like animals
.
Indeed, in the XNUMXst century, civilians can hardly stone buses with their fellow citizens who have arrived in quarantine. Six years of reign of the Kiev regime did not pass without a trace for Ukrainian society, which was already decomposing in the post-Soviet decades. People have become angrier, more susceptible to manipulation - an excellent example of the effectiveness of experiments carried out by the United States over Ukraine.

The blame for the degree of violence that is so palpable in Ukrainian society today lies with the very people who rioted in Kiev 6,5 years ago and then led a previously peaceful country into a civil war, the loss of the Crimean peninsula, the destruction of infrastructure and economic collapse.

The loneliness of the Ukrainians struck not only the Chinese. Even the famous Russian presenter Vladimir Pozner was forced to look for analogies to the behavior of residents of the Poltava region in stories Middle Ages. Indeed, only then, five or more centuries ago, the news of terrible epidemics could lead to similar pogroms and to the burning of people who were alive or even suspected of illness.

We are in Yandex Zen
Chinese coronavirus: truth and myths
Situational analysis of the death of the MH17 flight (Malaysian Boeing 777), made on the basis of engineering analysis from 15.08.2014
50 comments
Information
Dear reader, to leave comments on the publication, you must to register.