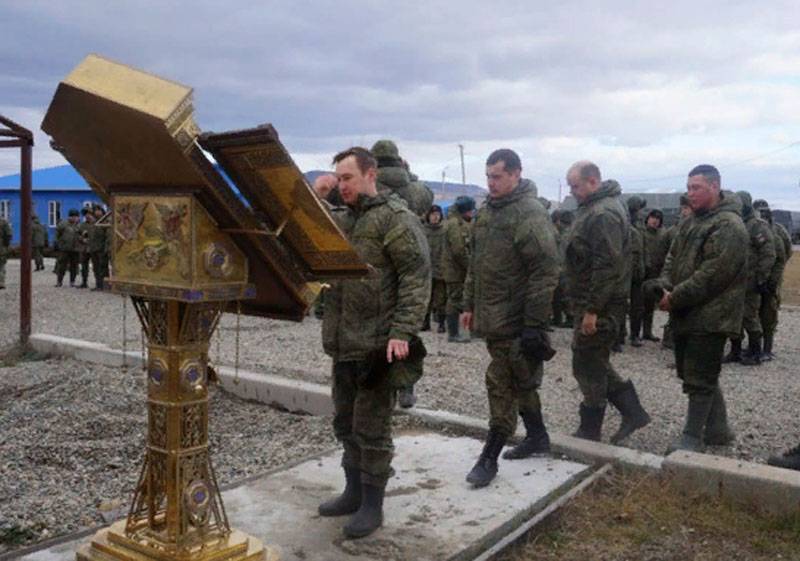 February 23 marks the anniversary of the Red Army.

In January 1918, the Council of People's Commissars of Soviet Russia issued a Decree on the creation of the Workers 'and Peasants' Red Army (published on January 20 (February 2). At the front, the Bolsheviks began enlisting volunteer soldiers in the new army. Things did not go quickly.
formed the Red Army companies, from which they hardly gained regiments.

Everything changed only on February 18, after the start of the German offensive. Points of entry into the army appeared in the capital Petrograd and other cities. On February 23, the Bolshevik proclamation “The Socialist Fatherland is in danger!” Was published. It brought people back to a bitter reality.

On that day, rallies were held in large cities, and mass enrollment of volunteers in the Workers 'and Peasants' Red Army began. On February 25, the first Red Army detachments went to the front. They restrained the German army, stopped its advance. However, they could not do more. Therefore, the Peace of Brest signed on March 3, 1918 was concluded entirely on German terms.

Nevertheless, an army appeared in the Soviet state. In January 1919, the Chairman of the Higher Military Inspectorate of the Red Army Nikolai Podvoisky sent a proposal to the All-Russian Central Executive Committee to celebrate the anniversary of the Red Army on January 28 (the day the Council of People's Commissars decreed the creation of the Red Army).

Podvoisky’s proposal was late on the agenda of the All-Russian Central Executive Committee. It so happened that the holiday of the Red Army was first combined with the Red Gift Day - February 17th. It was Monday. Then the anniversary of the army was postponed until next Sunday, February 23. Then they justified this date with the anniversary of the proclamation of the danger of the Fatherland.

A legally new date was fixed by a resolution of the CEC in 1922. However, here there were some overlays. Either the team didn’t go everywhere, or the discipline of executive committees was lame, only the All-Union celebration of the Red Army Day began only next February.

When a glorious tradition remained in the Soviet past

After the collapse of the USSR, everything that had Soviet roots was revised in the former Soviet republics. Russia changed the name of Army and Navy Day to Defender of the Fatherland Day, but left the tradition to celebrate it on February 23.

Approximately the same path went in Belarus, Kyrgyzstan, Tajikistan and Ukraine. The Belarusian authorities called their holiday the Day of Defenders of the Fatherland and the Armed Forces of the Republic, the Tajik - Day of the Armed Forces, the Kyrgyz - completely copied the Russian version. In Minsk, Bishkek and Dushanbe, their defenders are also honored on February 23.

So it was in Ukraine before Euromaidan. In August 2014, in Kiev at the parade on the occasion of Independence Day of Ukraine, President Poroshenko announced a change in the date of the celebration of Defender of the Fatherland Day. He was postponed to October 14, combining with the anniversary of the Ukrainian Insurgent Army.

So the unprincipled politician Poroshenko with one stroke of the pen crossed out all the heroic history Soviet army, replacing her vile Bandera. Before him the Balts did it. Latvians established Lachplesis Day on November 11 (the Latvian version of Defender of the Fatherland Day), "in memory of the expulsion of the German-White Guard troops under the command of Bermont-Avalov from the left bank of the Daugava in 1919." Lithuanians and Estonians generally excluded such a holiday from the calendar.

Georgians spat in Soviet history. Here, February 23 was the day of memory of the junkers who fell in 1921 in battles with the 11th army of the Red Army. Baku also remembered the time of the revolution and appointed the National Army Day of Azerbaijan on June 26. It coincides with the date of creation in 1918 of the Separate Azerbaijan Corps of the Government of the Azerbaijan Democratic Republic.

Other Central Asian republics, which retreated from the memorable February date, took as a guideline the day of the formation of their independent armed forces. In Kazakhstan, this is May 7, in Uzbekistan - January 14, in Turkmenistan - January 27.

Standing apart in this row is Armenia. She February 23 is not a public holiday. However, according to tradition, in major cities of the country in honor of Defender of the Fatherland Day, solemn events and holiday concerts are held. People lay wreaths at the monument to the Unknown Soldier in Gyumri, where the 102nd Russian military base is located.

Former Union republics that abandoned the Soviet tradition will have to re-create their image of the defender of the Fatherland. For us, he remained unchanged - courageous, persistent, heroic, ready for self-sacrifice in the name of the Fatherland. Behind this image is the feat of fathers and grandfathers, not lost in time, and unforgettable.

We are in Yandex Zen
Influenza in Russia. What threatens public health and why not panic?
Turkey and Pan-Turkism in the post-Soviet space
65 comments
Information
Dear reader, to leave comments on the publication, you must to register.