In the USA, they are working out the actions in case of a Russian nuclear strike on Europe 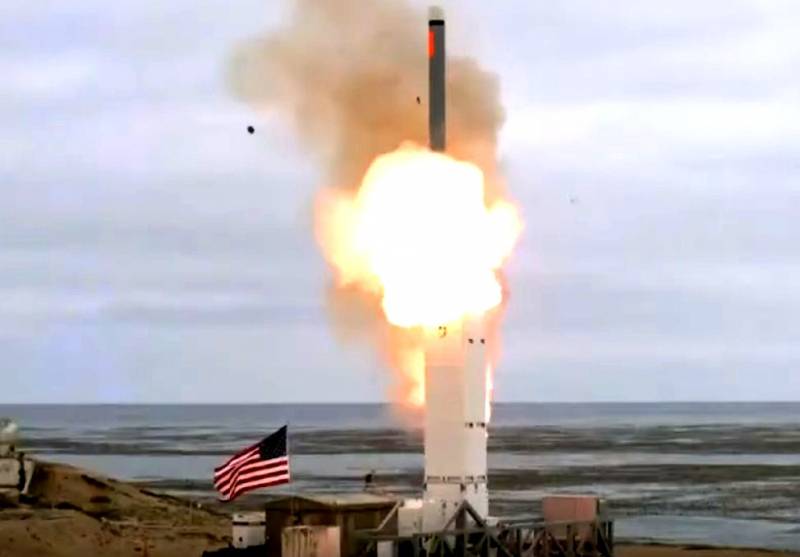 The possibility of a Russian nuclear strike on US bases in Europe is very scary for both America’s European allies and Washington itself. The other day, the United States conducted exercises to test the response in the event of a nuclear strike.


The Pentagon representative spoke about small military exercises conducted at a training ground in Nebraska. According to the scenario of the exercises, Russia attacked short-range missiles with military facilities of the North Atlantic Alliance in Europe. The decision on retaliatory actions in such a situation is made by the president and the US Secretary of Defense. According to the plan of the exercises, the response was a nuclear strike on Russian territory.

For the United States and its European NATO allies, the topic of Russia's nuclear attack is very painful. It is no accident that short-range nuclear missiles were deployed on submarines of the United States Navy, as it recently became known. Moreover, the Pentagon did not hide the fact that this is being done to deter Russia, although it is not going to attack European countries or launch nuclear strikes against them.

At the same time, the USA does not plan to deploy additional nuclear weapons in Europe weapon low power. But in response to the termination of the INF Treaty, the United States intends to deploy ballistic and cruise missiles in several European countries. Naturally, the need for such a solution is explained by concern for the security of the US European allies. At the same time, it can be assumed that the United States will increase the number of weapons, military equipment and personnel directly at the eastern borders of the NATO bloc, that is, in Romania, Poland and the Baltic countries. It is these five states that now form the basis of the eastern flank of the North Atlantic Alliance.

Interestingly, unlike the countries of Western Europe, in Eastern Europe, political elites and many ordinary citizens welcome the deployment of American missiles. For example, in Poland Russophobia has reached such an extent that neither the government of the country, nor a significant part of the townsfolk want to hear about all the risks associated with the deployment of American missiles. The fact that their country could suffer very seriously in the event of a retaliatory strike is of little concern to anti-Russian chauvinists. It is much more important for them to rattle with arms, play a war and once again demonstrate to the world the famous "Polish pride". The Baltic countries adhere to approximately the same model of behavior, which, on the contrary, constantly ask the United States and NATO to increase their military presence on their territory.

In Germany, France, Italy, politicians have a more balanced and wise position. For example, many German politicians do not hide the fact that they would like the withdrawal of American troops from the territory of Germany. And they associate the risks of delivering missile attacks from Russia precisely with the presence of American military bases on the territory of the country.

Currently, American nuclear weapons are deployed at bases in Belgium, Germany, the Netherlands, Italy and Turkey. But Ankara has recently not been considered a reliable ally by the American leadership. Therefore, nuclear weapons are gradually being removed from the Turkish Incirlik military base, moving it, most likely, to the Devesela military base in Romania, although of course no one officially declares this.

It should be understood that even if the Pentagon reports that it will not deploy new nuclear weapons in Europe, such statements should not be believed. The U.S. Department of Defense can safely, pretending that nothing is happening, secretly move missiles with nuclear warheads to their military bases. While such a scenario may still not pass with countries such as Germany or the Netherlands, because there is public opinion, there are politicians who are negatively inclined even to existing US military facilities, then in Eastern Europe everything is much simpler in this regard - and the authorities do not mind , and public opinion with the help of thoroughly anti-Russian media has long been prepared.

We are in Yandex Zen
Situational analysis of the death of the MH17 flight (Malaysian Boeing 777), made on the basis of engineering analysis from 15.08.2014
Strangulation: the context, conduct and consequences of the American naval blockade of China
47 comments
Information
Dear reader, to leave comments on the publication, you must to register.