Kurds want to have a single state: is it really so 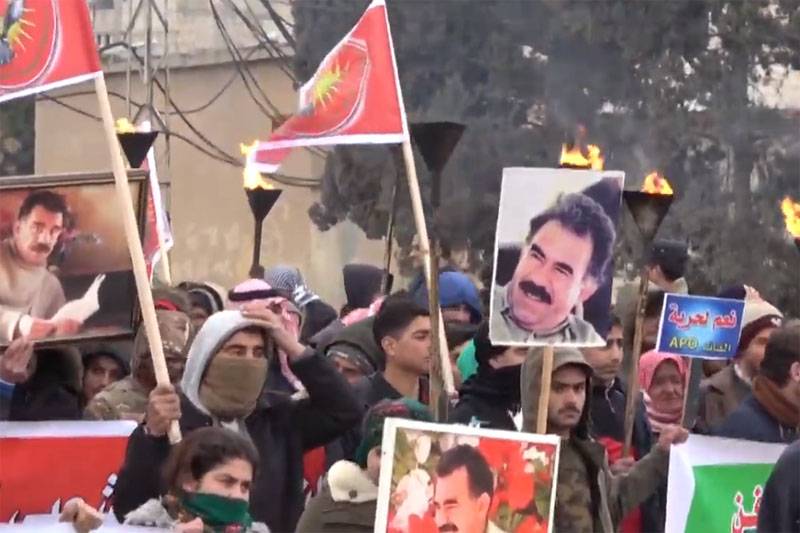 Iraqi Kurdistan Prime Minister Masrour Barzani met with Pope Francis on Wednesday in the Vatican and handed him fragments of an ancient Bible burned by Islamic State militants (banned in Russia) in Iraq, news agencies reported.

Premier Barzani later wrote on his Twitter page: “We discussed many regional and global issues, including our common belief in dialogue between different faiths, as a way to promote tolerance and reduce the threat of extremism.”

This meeting was another attempt by the authorities of Iraqi Kurdistan (it is also called Southern Kurdistan) to achieve world recognition of the independence of their state. According to the Iraqi constitution, since 2005, it has had the status of broad autonomy with the capital in Erbil as part of this country.

In the fall of 2017, the outgoing autonomy president, Masud Barzani, held a referendum.

The question on it was formulated as follows: “Do you want the Kurdistan region and Kurdish lands outside the region to become an independent state?” 92,73% voted in favor of the independence of Kurdistan. The central government of Iraq did not recognize the results of the referendum.

The neighboring countries, supporting Baghdad, blocked their borders with autonomy. Western states also did not support the Kurds. Soon, Iraqi forces launched an operation in Kirkuk and its environs, which during the war against the Islamic State banned in Russia terrorist group took control of Kurdistan.

After two weeks of fighting, the Iraqi Kurdistan government agreed to accept the demands of the central Iraqi authorities. Autonomy has returned to its usual regime with its own customs, regional currency, parliament, government and president.

Submitting to Baghdad, Erbil, however, began to demonstrate his independence from time to time. Even got diplomatic missions of countries in which large Kurdish diasporas live. Now, along with these actions, there is a meeting between the Prime Minister of Iraqi Kurdistan and Pope Francis. 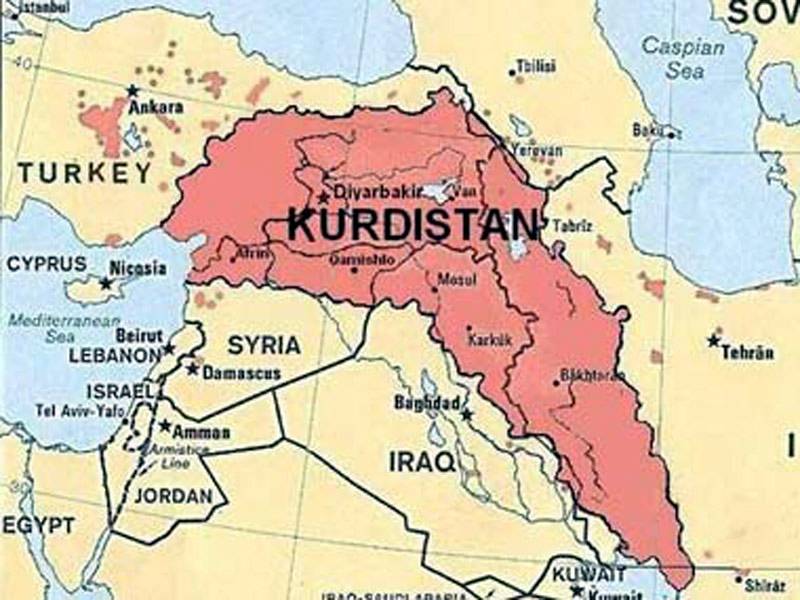 Iraqi Kurdistan is the only Kurdish state entity today. This people inhabits historical an area of ​​450 thousand square kilometers in the border areas of Turkey, Iraq, Iran and Syria. (Territory comparable to countries such as Sweden or Uzbekistan).

A century ago, this region (with the exception of its Iranian part) was part of the Ottoman Empire. After its collapse, the Kurds made several attempts to create their own state formations. They did not last long, and occupied only a small part of the territory inhabited by Kurds.

For example, in the twenties of the last century in the east of modern Turkey was the self-proclaimed Ararat Kurdish Republic. It did not last long - only three years. In 1946, the Mehabad Kurdish Republic was proclaimed in Iran for a short time.

These attempts to unite in their own state are inspired by the idea of ​​creating a Greater Kurdistan popular with the Kurds. It is estimated that more than 40 million people can enter it. More than 20 million Kurds live in Turkey, over 11 million in Iran, up to 7 million in Iraq, and up to 3 million in Syria.

More difficult. Kurds are divided into two large sub-ethnic groups - Kurmanji (live in Turkey, Syria and in the northern regions of Iraqi Kurdistan) and Sorani (Iraq and Iran). They have different religions, which does not greatly contribute to the rapprochement of the people. Among the Kurds there are Muslims (Sunnis, Shiites, Alawites), in small sub-ethnic groups - Christians, Yezidis, Jews.

But most importantly, stable clans govern the Kurds, who are not at all inclined to share power with their people with someone. This is especially true for Iraqi Kurdistan, the richest of the areas of compact residence of the Kurds.

The well-being of Erbil and the Barzani clan ruling him rests on oil. In Turkey, the situation is different. Kurdish areas are the poorest in the country. Here in the city of Diyarbakir (called, by the way, as the capital of "Greater Kurdistan"), riots erupt periodically.

Dissatisfaction with the living conditions of the local population is interspersed in Diyarbakir with the political demands of autonomy, the release from life imprisonment of the leader of the Kurdish Workers Party (PKK) banned in Turkey, Abdullah Ocalan, etc.

Torchlight procession in support of Ocalan in Syrian Manbij

The Turkish police do not stand on ceremony with the Kurds and use the whole arsenal of available means: tear gas, water cannons, weapon. In 1981 - 2002, due to the hostilities between the Turkish army and the units of the Kurdish Workers Party, Diyarbakir was generally a closed city.

Why is the West against the Greater Kurdistan?

Syrian Kurds are closely associated with Turkish Kurds and their PKK. Actually, it is these two groups that most actively defend the idea of ​​a Greater Kurdistan. She has many opponents, and all the influential are from prosperous Western capitals.

The West has two main reasons. Firstly, the separation of Kurdish territories from the countries of Asia Minor will easily provoke a great war. Dangerous instability can occur in four states of the region at once. Secondly, warlike Kurds, who have no experience of a state hostel, separated by religious and clan contradictions, themselves will become a new hotbed of tension in this already troubled region of the world.

Such arguments are made by Western experts in support of the policies of their leaders, who do not approve of the idea of ​​Greater Kurdistan. They note one more circumstance: Kurdish clans are quite satisfied with the existing state of affairs.

The same Barzani forces today successfully cooperate with multinational companies and the American authorities. Support Washington's policy in the Middle East. For them, the Kurdish Workers Party is almost a class enemy, with which there is no sense in unifying.

So it turns out that the idea of ​​"Greater Kurdistan" captivates ordinary people and lower-ranking politicians. Without the participation of the Kurdish elite, it is unrealizable. At least in the foreseeable future.

We are in Yandex Zen
Peshmerga: Kurds as a barrier to religious extremism in the Middle East
Russia updates ties with Kurds
35 comments
Information
Dear reader, to leave comments on the publication, you must to register.