Shot from different angles: details of the MANPADS attack on the Russian Su-24 bomber 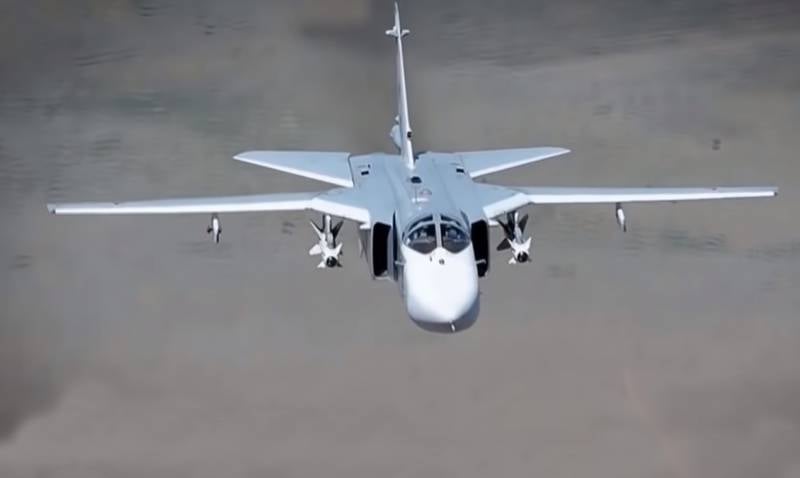 The attempt to destroy the Su-24 VKS bomber has attracted increased attention of the public, the press and analysts viewing this event from different angles. The “Military Informant” portal tried to sort out the technical side of the issue. Fortunately, shots were published that revealed a number of details of the attack on a Russian aircraft.


As the resource explains, at the beginning of the video material, surrounded by Turkish military personnel, an armored car of the Kirpi type appears, equipped with a combat module and an electronic warfare system. Near it, soldiers located on the veranda of the building launch an anti-aircraft missile from the ROKETSAN FIM-92 complex, under the brand name of which the local version of the American MANPADS Stinger FIM-92 is produced.

A rocket rushing up leaves a trail behind it, next to it in the sky are two more unknown trains. False thermal targets (LTC) are emitted, which are used to equip combat aircraft. In this case, there is a considerable distance between the two unknown tracks and the LTC.

If we take into account the recording from the Forpost drone (the last shots show the launch of an anti-aircraft missile), then the situation begins to become clearer. At least three shots were fired from various air defense systems (one documented in the video and two unknown tracks).

Thus, despite the massive shelling from different directions, the Su-24 was able to safely avoid the mortal danger of being destroyed.

We are in Yandex Zen
Turkey shipped MRAP Kirpi II and Vuran to Libya
Reports from the militia of New Russia for 1 September 2014 of the year
230 comments
Information
Dear reader, to leave comments on the publication, you must to register.