Warships. Japanese cruisers. About those who built 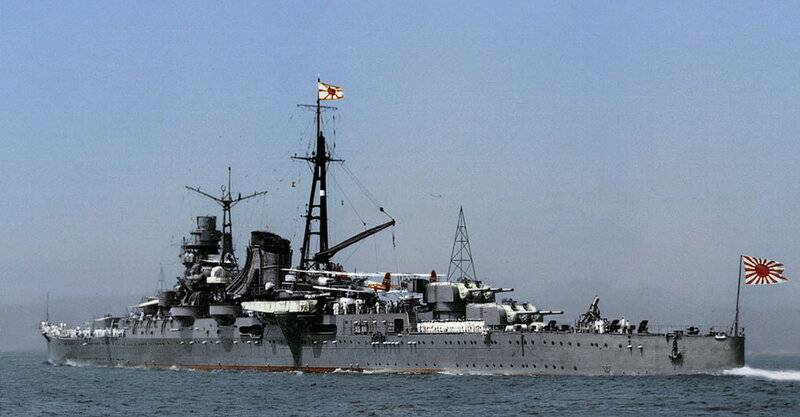 Comparisons, of course, will be. They are ahead when materials on British and American (especially) ships pass. But one cannot do without this point, it is needed, like a cup of sake before a fight.


He expressed his opinion more than once that the Japanese heavy cruisers were ... ambiguous. But not without charm and military power.

You can talk a lot about their advantages and disadvantages, from my point of view, there were more advantages. And they were not so close and uncomfortable for the crew, and they fed there not only rice with cuttlefish. Normally there was in terms of living conditions, a cruiser is in any case not a destroyer or a submarine, you need to understand.

And in combat and running terms, these were very, very wonderful ships. With good artillery stationed, though ... in Japanese, well, that happens. And the torpedoes ...

If you unscrew the wheel stories a little back, you can remember that until a certain time, Japan has its fleet in our understanding it was not at all. The Japanese fleet has its history only since 1894, before that, of course, there were ships, but which ones ...

It is clear that with the advent of the representatives of European states on the islands, it more or less began to spin. And Japan began to appear steamboats, made primarily in the UK. 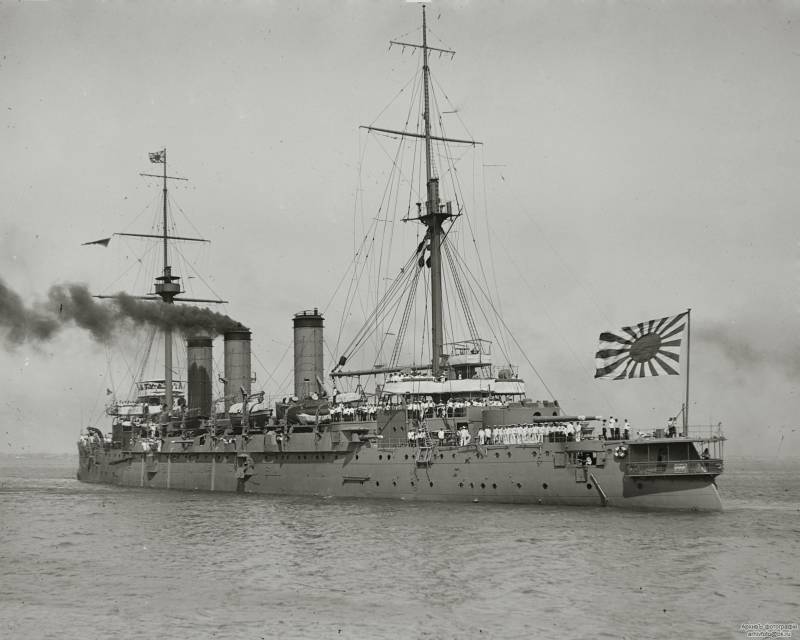 In general, of course, the Japanese fleet has always been exotic, and by the time of World War II it reached the highest point of its development.

It is worth paying tribute to the Japanese: having learned from the British partner allies, they quickly began to create themselves. And to create very unexpected, original ships that stand out among “classmates” in other countries of the world.

A huge breakthrough in this regard was made after the end of the First World War, and it was then that the Japanese shipbuilders who entered the rage began to create real masterpieces.

“Yamato” and “Musashi” - how is it? They were just crazy ships in terms of performance. The Mogami and Tone are not super-cruisers, but very, very worthy representatives of their class. The destroyers "Fubuki", "Akitsuki" and "Kagero" were original, but definitely they were very advanced fighting vehicles. 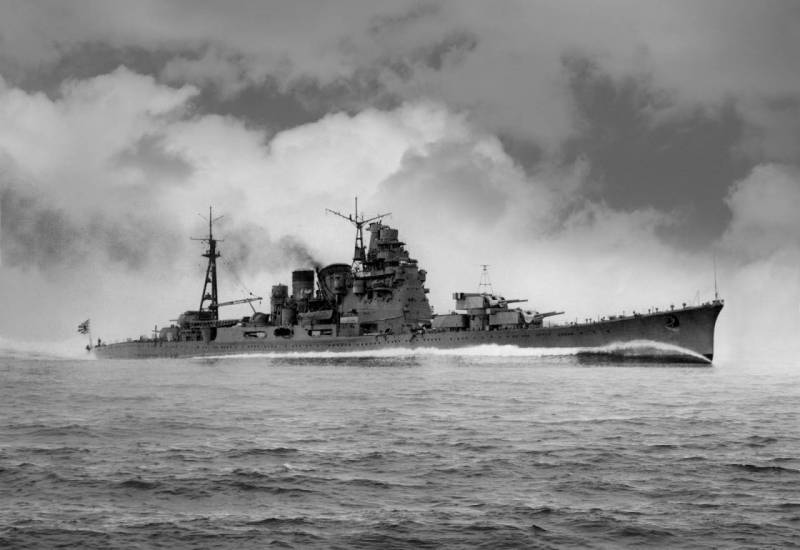 However, we’ll talk a lot about destroyers too.

Now I just wanted to cover that part of the story, about which it is not so common to write. About those people whose labors these ships were born.

I must say, in Japan it was a very interesting process, not just bureaucratic, but with its own sea cockroaches.

Orders for the design of ships were issued by the Maritime General Staff (MGSH), and the design and construction itself was under the jurisdiction of the Maritime Ministry. But the ministry handed over the projects to the Maritime Technical Department (MTD).

But besides all this apparatus, there was also the MTK - the Marine Technical Committee. MTK came into effect if certain problems arose during the development of the project. For example, it was not possible to fit into the set parameters. It was then that the MTK was assembled, which was not a permanently operating body, but which instantly “resolved” problems as they arose.

Such a collegial structure was quite flexible and made it possible to best balance the desires of some departments with the capabilities of others. Of course, MGS had more than enough wishes, and the capabilities of the designers were precisely that limiting factor.

The project created in the MTD and, if necessary, polished at the MTK, was then approved by the heads of both concerned departments - the head of the Moscow State School and the Minister of the Sea, after which the latter gave the relevant orders to the MTD.

And then the real work began. 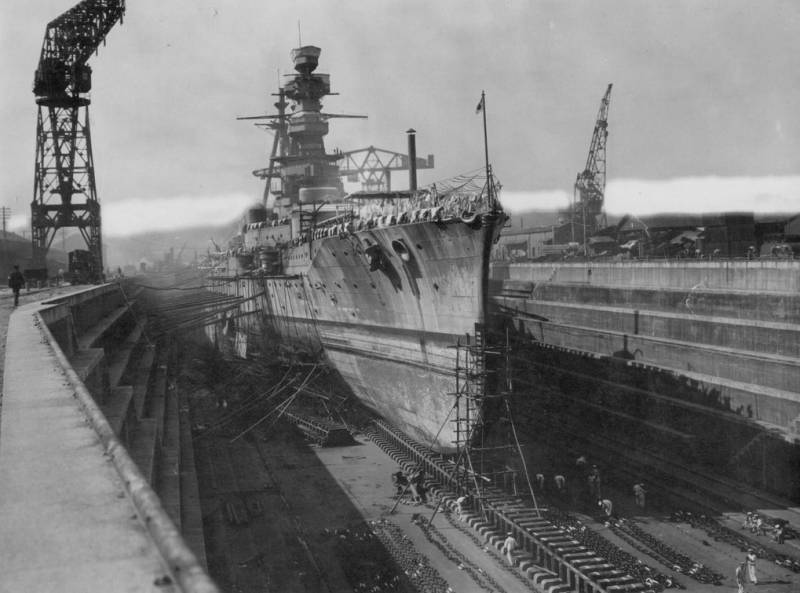 Now we are interested in the 4th section, in the bowels of which the very cruisers that were discussed in previous articles were created.

OBP was the headquarters of the section, where all plans were developed and all processes in other departments were coordinated. In addition, the OBP was engaged in interaction with other sections of the ministry and with the MGSH.

The Department of Detailed Design (ODP) was engaged in the final completion of the projects, and its head carried out "horizontal communications" and the management of internal design.

Each department had its own groups of types of ships. Naturally, the group of battleships dominated, which in both departments was also headed by the section head.

A rather cumbersome scheme, but it turned out to be very workable. The Japanese hierarchical structure was also not a simple thing, but it allowed the rise of very remarkable personalities.

The first such person should definitely be considered Rear Admiral Yuzuru Hirag. 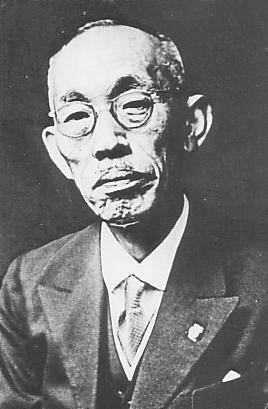 He worked in section No. 4 since 1916, having studied in Britain and became the author of the projects of the first Japanese heavy cruisers Furutaka, Aoba and Myoko. 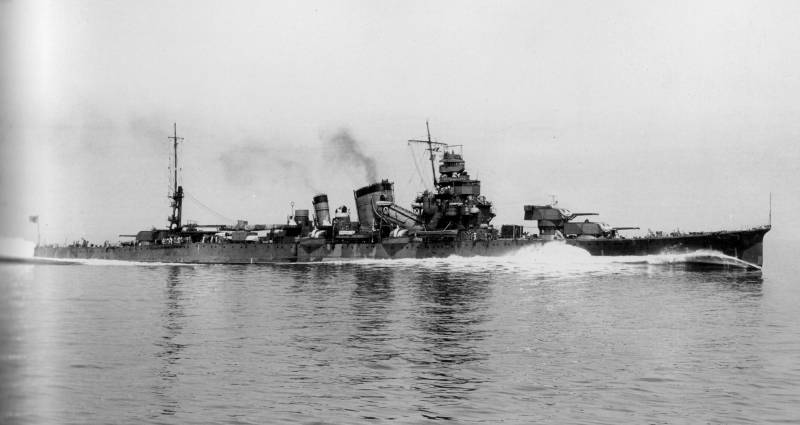 It was Hiraga who introduced the use of armor as a power element of the hull into the practice of shipbuilding.

But Hirag was also gifted. In history, he remained as a man who was very non-living. You could say a squabbler and a brawler.

On the one hand, for an educated and gifted person who knows his own worth, this seems to be normal. On the other hand, not everyone in the Moscow State School liked the leader who did not cost anything to besiege the whole Moscow school in terms of wishes and wishes.

Hiraga clearly understood that there were opportunities for Japanese shipbuilding and therefore preferred to swear with admirals from the Moscow State School at the stage of projects, if he would then be responsible for what would turn out to be contrary to his ideas.

Because Hiraga very quickly tired of the generals. Using the postulate "there are no irreplaceable people," he was first sent to Europe for further training, then he was transferred from the post of chief designer of the fleet to the post of head of the shipbuilding department of the Research Institute of the Technical Department of the Fleet. And then they were completely sent to the very honorary post of Deputy Rector (and later himself) of the University of Tokyo, where Hiraga worked from 1931 until his death in 1943.

But they tried not to let the ships anymore. Admiral’s nerves were more expensive than cruisers, and there was someone to replace the brawler. 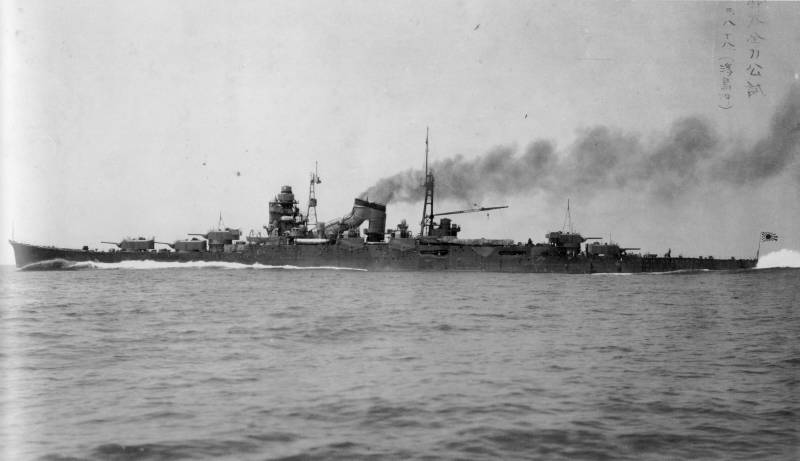 After Hiragi, the captain of the 4st rank Kikuo Fujimoto, the creator of the destroyer "Fubuki" and the cruisers "Mogami" and "Takao" became the leader of the 1th section. 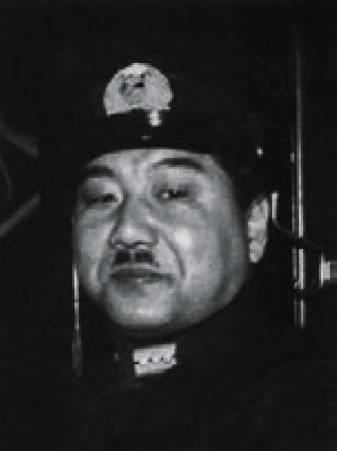 Fujimoto was a less scandalous and more compliant person, but because MGS completely satisfied. His death in 1935 was a big loss for Japanese shipbuilding, but the ships that Fujimoto worked on became worthy representatives in their classes.

Fujimoto’s technique was somewhat different from what Hiraga created, although they worked together for a long time. Fujimoto was more impressed by light, high-speed and well-armed ships, speed and impact power were more important to him than protection, and he preferred to cope with technical problems through unexpected layout solutions.

Although the phrase "unexpected layout decisions" in the performance of Fujimoto can well be replaced by "design madness." Although basically Fujimoto is accused of following too much about the admirals from the Moscow State School, agreeing with the absolutely impossible requirements of the latter.

What, what, but to squeeze in excess of the displacement "a little bit more" Fijimoto was a master. But at the same time harm was concealed, for the main problem of the ships he designed was the low stability caused by the efforts to lighten the hull to the maximum and the weight of the surface part, which housed too much equipment and weapons. 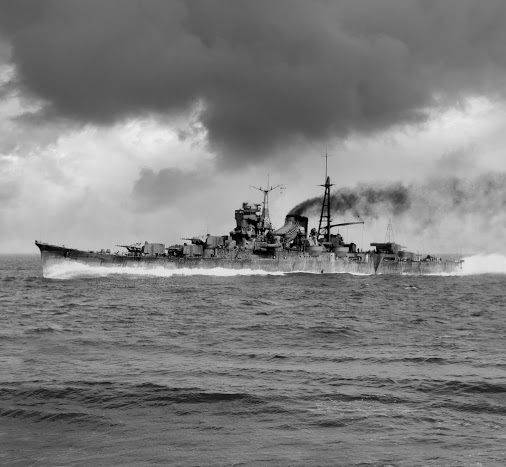 In the end, it all ended in disaster. On March 12, 1943, due to the loss of stability caused by just these reasons, the destroyer Tomodzuru turned over. Fujimoto was removed from his post. No scandals. But Fujimoto did not hold out long after his resignation and died of a stroke in January 1935.

The next chief of the 4th section was Keiji Fukuda, appointed immediately after the Tomodzuru disaster. 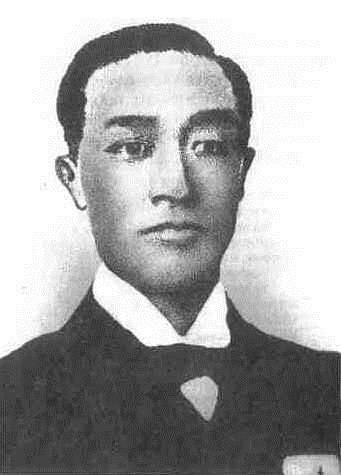 They say that he was specially prepared to replace Fujimoto. In general, Fukuda had not yet made a career as a shipbuilder, but was known by his academic line and was even a member of the Japanese delegation at the 1930 London Conference when the next restrictions were signed.

However, Fukuda had a divine gift, which he clearly developed during his studies in the United States. He knew how to negotiate. And he did it so qualitatively that he was able to introduce the disgraced designer Hiragu into the project on the battleship Yamato, which clearly benefited the project. 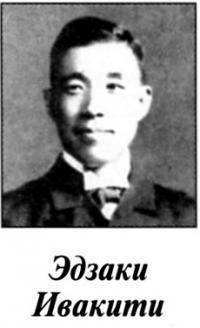 Another academic scientist and university teacher who previously worked at MGSH. But Ezaki had experience with ships. Ezaki took part in the Fujimoto project for the Tacao cruiser and worked on the A-140 project, from which the Yamato later emerged.

What can be said by carefully considering this list?

Strange, but the analogies of today are obvious. At first, a galaxy of bright, talented and gifted designers gradually began to be replaced by people with good theoretical training, but practically without practice.

The main advantage of the new appointees was, apparently, not the ability to build ships, but the ability to find compromises in everything. Fukuda and Ezaki obviously did not grab stars from the sky, were not brilliant designers, but they could quite normally take into account the interests of many parties.

If you do not argue for a long time, then in fact in 1943 effective managers began to replace the geniuses of shipbuilding. How this ended, the story still remembers.

But the ships that were invented and built by the inanimate brawler geniuses served, and served very well. The Japanese cruisers were very good ships.

We are in Yandex Zen
Service history "Svetlana"
"Svetlana". History of creation
30 comments
Information
Dear reader, to leave comments on the publication, you must to register.