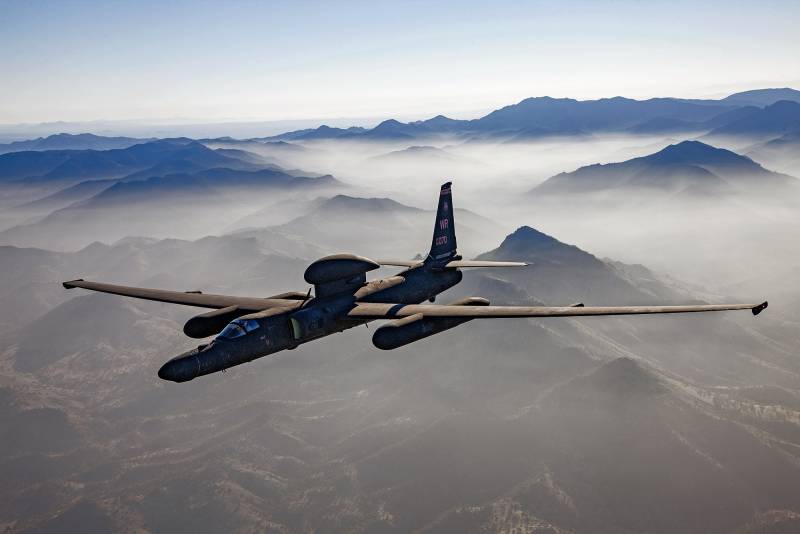 The Lockheed U-2 reconnaissance aircraft entered service with the United States in the second half of the fifties, but it still remains in service. Such longevity in the service is provided by timely repairs and upgrades. Recently, regular activities have been completed to improve old aircraft. The U.S. Air Force and Lockheed Martin equipped them with the modern intelligence system SYERS-2C.

On February 18, the Lockheed Martin press service announced the completion of work on one of the main projects of recent times. The company, in cooperation with the Air Force and the company Collins Aerospace (part of United Technologies Copr.) Completed development work on the modernization of U-2 aircraft, as well as carried out all the necessary tests. In addition, the optoelectronic systems have been modernized to the SYERS-2C state in the entire fleet of reconnaissance aircraft.

Project participants highly appreciate the results of the work done. So, Collins vice president Kevin Rafteri recalled that U-2s are the cornerstone of US Air Force reconnaissance, and also noted that with the SYERS-2C complex this aircraft will be able to provide more valuable information for many years.

Irene Helly, director of U-2 at Lockheed Martin Skunk Works, claims the SYERS-2C provides the aircraft with unprecedented data collection capabilities for the military. Due to this, the intelligence operation will increase its potential in modern warfare.

As follows from open data, work on the next U-2 aircraft modernization project has been carried out since 2014 by a number of organizations, namely the developer of the aircraft itself and the creator of new equipment for it. The project was implemented under the supervision of the relevant Air Force authorities.

Complex SYERS-2A. Left - optoelectronic suspension unit
A joint project of several organizations provided for the repair and extension of the life of existing reconnaissance aircraft with the simultaneous installation of new equipment. Due to this, the U-2 will be able to remain in service, at least until the next major overhaul and at the same time solve their main tasks at the modern level.

Despite their considerable age, U-2 aircraft retain very high flight and technical characteristics necessary to solve their characteristic tasks. Aircraft were repeatedly modernized, incl. with the replacement of engines, which allows them to remain a successful and efficient platform for the target equipment. It is for this reason that they decided to install the modern SYERS-2C complex on U-2. However, similar products have been developed for installation on other aircraft and UAVs.

The main element of the modernization program is updating the intelligence system SYERS-2 (Senior Year Electro Optical Reconnaissance System) for the latest project with the letter "C". The updated version of the complex differs from the basic application of new technologies and higher characteristics.

The complex includes several systems for various purposes: a block of optoelectronic equipment, computing equipment and communications for data exchange. All devices of the complex are assembled into a single unit for installation in the bow of a carrier aircraft. This unit has a length of less than 1,8 m and a diameter of less than 770 mm. Weight - approx. 250 kg Using various cables and connectors, the SYERS-2C complex is integrated into the electrical and electronic networks of the aircraft. 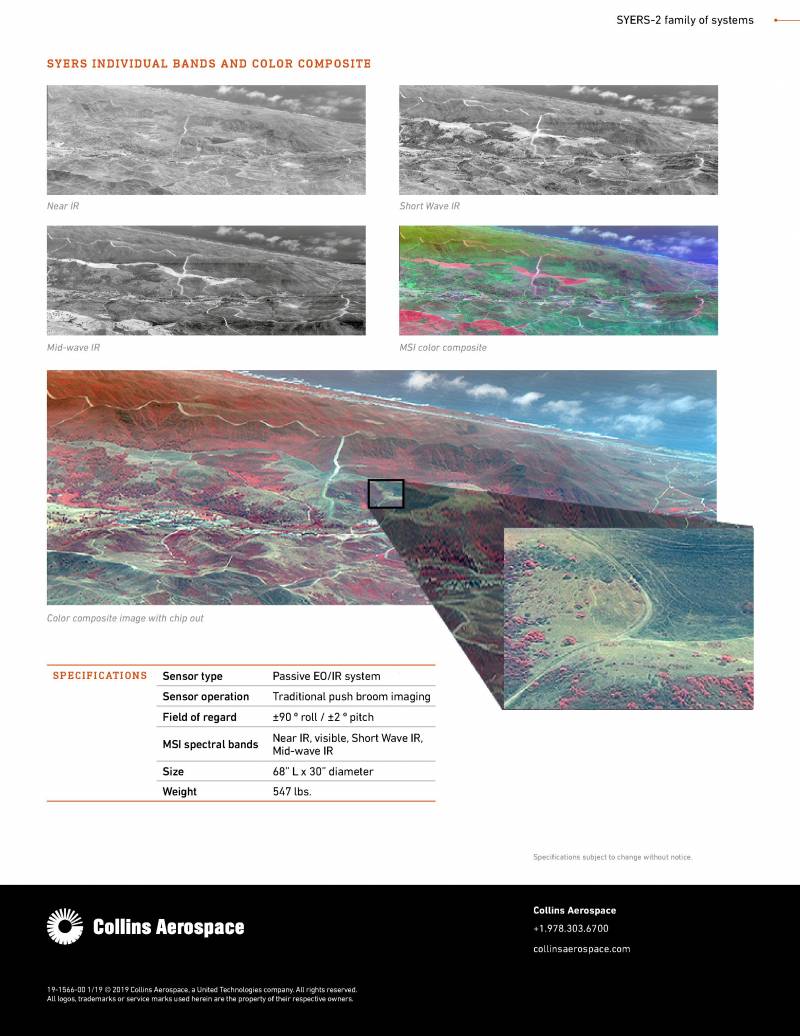 Demonstration of the possibilities of multispectral optics - an advertising booklet of the SYERS-2A complex
The basis of the complex is a mobile multispectral optoelectronic station on a gyro-stabilized platform. Optics simultaneously operates in 10 ranges of the spectrum, including the visible and different parts of the infrared. For comparison, the complex of the previous version of SYERS-2A worked only in seven. Simultaneous shooting in different ranges provides effective reconnaissance at any time of the day and under different weather conditions. Comparison of several images allows you to create a more detailed picture and identify objects that are invisible when reconnaissance in the same range.

Data from the optoelectronic system can be recorded on-board equipment from the complex or transferred to other users. First of all, the data will be transmitted to the headquarters or to the detection and control aircraft. Full compatibility with communication systems and control of fighters of the last 5 generation is provided. All this simplifies the practical use of intelligence results.

Lockheed Martin reports that so far all development work has been completed and even the deployment of new systems has been completed. As follows from open data, the production and installation of intelligence systems did not take much time - due to the limited requirements of the Air Force.

According to open data, only two reconnaissance squadrons equipped with U-2 aircraft remain in the US Air Force. There are 27 U-2S cars in service and only 4 TU-2S trainers. To solve real reconnaissance tasks, only U-2S aircraft are used, carrying a complete set of target equipment. 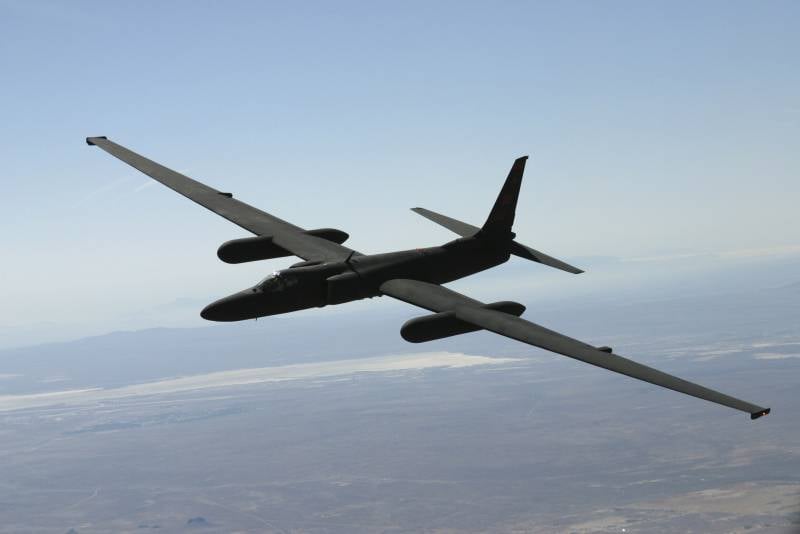 The amount of such equipment allows us to imagine how many SYERS-2C systems were produced by Collins, and how many modernized airplanes received the air force. Apparently, the contractor provided no more than 25-30 SYERS-2C systems for mounting on aircraft and for stockpiling. Also required the supply of spare parts.

Disputes about the future

The U-2S aircraft with the upgraded SYERS-2C complex receives the highest ratings and it is argued that such an update will have a positive effect on reconnaissance. However last news about the modernization appeared against the background of other reports - not the most optimistic in nature.

Production of the U-2 completed in approx. 30 years ago, and the available equipment is not very young. Permanent repairs allow you to extend the resource, but do not solve the problem as a whole. Over the past few years, the Pentagon has been discussing the future abandonment of such equipment in view of the impossibility and inappropriateness of its further operation.

On February 10, Air Force Magazine announced that the Air Force plans to continue repairing and maintaining the state of the U-2021 fleet in fiscal years 24-2. For these purposes, you will have to spend 77 million dollars. However, already in 2025, such processes will cease. Accordingly, starting from 2025, scouts will be decommissioned as the resource is depleted. 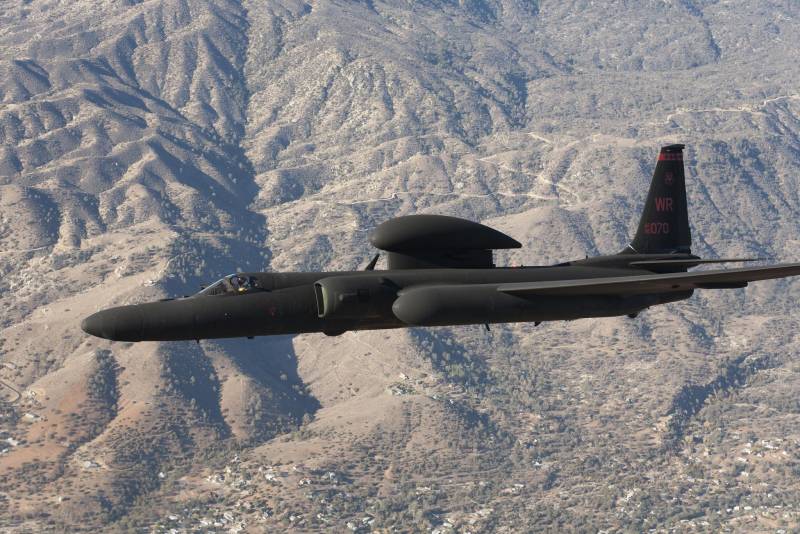 The next day, the Air Force press service said that these data were not true. Both in 2021-24 and in 2025, the costs of maintaining and upgrading the aircraft are assumed - they are not going to abandon the U-2 yet. Lockheed Martin, an aircraft support company, is trying to sort things out and refrains from commenting.

Amid these events, the Air Force and two defense industry companies completed the modernization of reconnaissance aircraft with the installation of modern equipment. This will not only ensure continued operation, but also increase its effectiveness. In such a situation, decommissioning of aircraft in 2025 does not look like a reasonable step - the Air Force will have only a few years to take advantage of new opportunities.

The debate about the future of the U-2 aircraft seems to be ongoing, and the Pentagon has not yet formed precise plans of this kind. This means that the scouts are still in service and can use the latest SYERS-2C complex. Thus, despite all the difficulties and problems, the Air Force provided itself with modern reconnaissance equipment for several years in advance - until the fate of the aircraft is decided.

We are in Yandex Zen
Lady dragon U-2 soars in the sky
An-12 in Afghanistan
22 comments
Information
Dear reader, to leave comments on the publication, you must to register.