Unification of Russia and Belarus: a pipe dream or a challenge for future generations 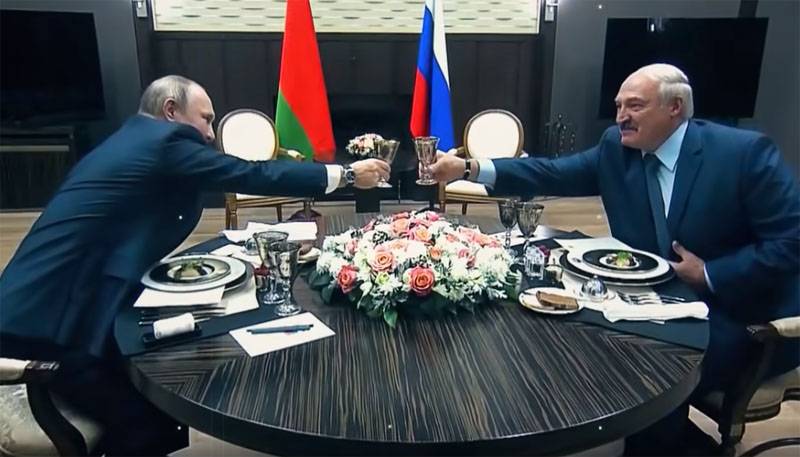 Last December, shortly after the magnificent celebration of the 20th anniversary of the creation of the union state of Russia and Belarus was not set, President Alexander Lukashenko gave an interview on Ekho Moskvy radio.


The spirit of the opposition studio is a feat of the Belarusian leader for a radical statement. “The unification of Russia and Belarus is not planned, but perhaps it will happen during the next generation,” President Lukashenko summed up the discussions on this subject. [

Independence of officials determines the whole policy of the authorities

For those Belarusians who saw some prospects in the unification of the two countries, Lukashenko explained: “The first independent state in stories... We have never been sovereign and independent. I built it with my colleagues. How, having created my child, can I bury him? ”

This is not the first public statement of the Belarusian president in which he rejected the unification of our two countries. Recall the others.

In the same December, Lukashenko already said that Belarus did not intend to be part of another state, "even fraternal Russia."

There is nothing new in this position. It is enough to recall the collapse of the Soviet Union. Then the leaders of the republics “together with their colleagues” wished to get rid of the power of Moscow. The freedom to dispose of regional assets and resources seemed to them more preferable than “vegetation” as part of a great world power.

All this "company of colleagues" really benefited from the collapse of the Union. Without external control, it was well enriched and easily imposed its small-town politics on people. And what about the people? Everyone has his own answer to this. Someone sees him in the millions of migrants who have left their homes. Someone - in a new machine, taken on credit at decent interest.

People are both creators of history and its consumables. It all depends on what weight category of the society a particular person is in. Alexander Lukashenko represents the highest level of the Belarusian government. Therefore, from his Olympus, unification “even with fraternal Russia” is impossible.

In this case, most likely, will have to share power. However, the “current generation” of officials did not master and build it in order to break up so easily. They cover their mercantile interest with high words about sovereignty and independence (without which Belarusians have successfully lived a long history), as the most valuable achievements of the people.

Where the pendulum of mood swings

Ordinary people have a different attitude. A recent survey conducted by the Center for Spatial Analysis of International Relations, IMI MGIMO, showed that Belarusians are kind to Russia. 57,6 percent of respondents want a union of two states. Another 31,8 percent hope for partnership in Russian-Belarusian relations. Only 0,2 percent of Belarusians are hostile to Russia.

However, one should not be deceived by these figures. The authorities are able to manipulate the mood of people. A classic example in this sense is Ukraine. As we recall, in March 1991, more than 70% of the population voted in favor of preserving the Soviet Union. It would be more. But even then there was serious propaganda for the separation of Ukraine from the USSR, and a referendum (following the example of the Baltic states) was boycotted by many residents of the western regions of the republic.

After eight months, the Ukrainians, as they say, “ripened”, and in December 1991, more than 90% of them voted for independent Ukraine. Moreover, in the east of the republic (for example, in the Donbass) there were fewer supporters of independence - 54%.

So what is the current Belarusian authorities to push the thesis "Russia is robbing the republic" - and the mood pendulum will easily go in the negative direction. President Lukashenko has already created the ground for this. Recently, without hesitation, he says that small Belarus feeds a large Russia. Even the figures give exactly how it feeds - by $ 9 billion, referring to the negative balance of Belarus in bilateral trade relations.

Over the years, Alexander Lukashenko has learned to pull money from Russia. They closed gaps from managerial and political mistakes that directly affect the welfare of the republic. In 2016, the IMF conducted a large-scale study in which it estimated the general support of the Belarusian economy from Russia.

The numbers are impressive. For the period 2005-2015 alone, Minsk received $ 106 billion in preferences from Moscow, or about $ 9,7 billion per year. According to IMF experts, over the years, the volume of “total net support” from Russia ranged from 11 to 27% of Belarusian GDP.

The bulk of this support came from the supply of energy and raw materials at preferential prices. For example, Russia supplied Belarus with about 20 million tons of oil without customs duties. Belarusians at its plants refined it into petroleum products.

Some of the products were left for domestic consumption, and about 12 million tons were exported to European countries. The income was decent - more than 6 billion US dollars per year. (Compare: according to World Bank estimates, Belarus's GDP in 2018 amounted to $ 54,5 billion).

After Russia introduced the so-called tax rule, under which the fiscal burden was transferred from production duties, the price of Russian oil for Belarus grew. Already in 2019, income from Belarusian export of petroleum products fell by 19,7%.

In Minsk they were hysterical. They demand to return the previous conditions. Scandal, as they say, before a divorce. Hence the speculation about a single state. Although in practical terms, the question of the unification of Russia and Belarus was not raised.

It was only about deepening integration. An appropriate roadmap has been developed. In its 31st paragraph, there is a plan for the construction of supranational bodies: the parliament and the president. Just this situation gave Minsk a reason to broadly interpret integration in order to bargain for new preferences.

It didn’t work out. It must be remembered that the Russian motive for leaving the USSR was the reluctance to “feed the republics”. In fact, it turns out: we continue to feed, and even our market was opened wide open. Today, Russia accounts for 93,4% of Belarusian exports to the EAEU countries.

All these figures, calculations, and recounts are important for crafty politicians to justify their incompetence and inability to effectively manage the country. For people, something else is more important - security, economic well-being, the opportunity to develop, to have a large living space. So is there a chance for the unification of Russia and Belarus? There is, but, apparently, there are forces that intend to reduce the probability of the realization of this chance to zero.

While we live in different countries, separated by politicians and politicians. They will not let us be together, at least during the lifetime of the current generation, as Belarusian President Alexander Lukashenko said at Echo of Moscow.