So what worries the Russians more: how is Field Marshal Haftar doing or the socio-economic situation in the Russian Federation? 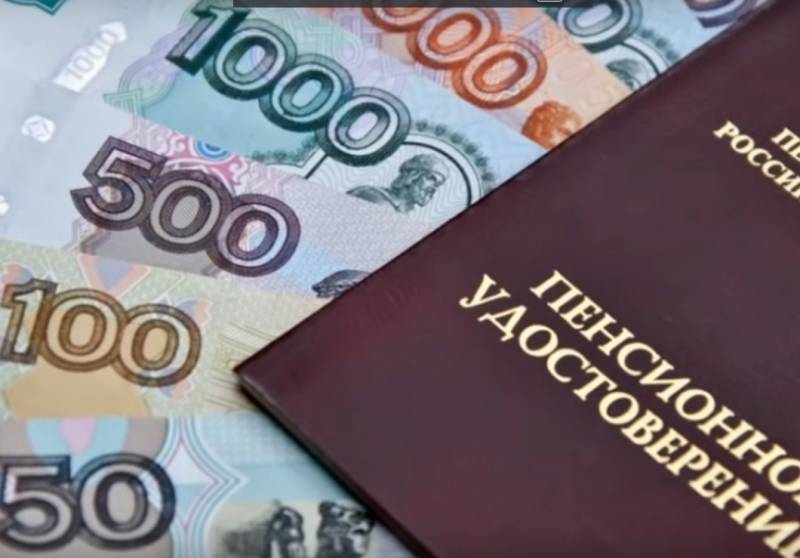 The tax policy of the Russian state will not change in the next few years, while it is not planned to significantly increase pensions. Such a conclusion can be made by analyzing the statements of the ministers and the general situation with taxes, insurance contributions and pensions in Russia.


The introduction of a progressive scale of taxation of personal income has long ceased to be a dream only of the Russian left. Now the need for such a step is stated by a variety of people, even the head of Sberbank German Gref stressed that he was ready to raise the tax on the rich to 20-25%. But while the state is not ready for such an measure. Finance Minister Anton Siluanov said that the very introduction of such a measure can be considered no earlier than by 2024.

The main concern of the government is that wealthy Russians will begin to withdraw their capital abroad, Russia's attractiveness for investors will decrease, and an already huge shadow sector will grow. But it seems that without raising taxes on the rich, many social problems cannot be solved. Yes, and it’s not very clear why a person with a salary of 20 thousand rubles pays a tax of 2600 rubles, which is very substantial money for him and living in a 17400 salary segment is already significantly worse than in 20000, and a person with incomes of millions rubles pays 13%, with millions remaining for his life. The option is to establish a certain minimum that would not be taxed. But establishing such a minimum will not bring money to the budget, although the idea itself is very good.

Not wanting to raise taxes on the rich, the authorities are willingly considering the possibility of raising them at the expense of the poor. So, the deputy minister of industry and trade, Alexander Morozov, said that his department will soon initiate an increase in the tax on cars of Euro-3 and lower class. The need for such an innovation is explained by environmental safety considerations, since these machines pollute the environment and damage the health of Russian citizens.

But the Euro-3 class includes a huge part of used cars. It turns out that they want to replenish the treasury again at the expense of the least wealthy car owners, who cannot afford a more modern car, but buy "age" foreign cars or used domestic cars. In fact, the tax on cars of Euro-3 class and below can be called the introduction of a new type of tax in the country - environmental.

In the meantime, the ministers are discussing the prospects of taxation, in the Chelyabinsk region, a pensioner received a pension increase of 1 ruble 10 kopecks. So she indexed a pension after the decision on indexation since January 2020. The local branch of the Pension Fund hastened to report that all the increases are individual, depend on a particular person and his or her work biography. But be that as it may, and an increase of 1 ruble looks like a mockery. That is exactly how the pensioner took it, sending “great money” to the address: Moscow, Kremlin.

Thus, social policy remains the “Achilles heel” of the current government. With some successes in foreign policy, in the military industry, in the modernization of the armed forces, the socio-economic course of the Russian government is frankly "lame." And this, of course, is bad, because in the end, the average layman estimates the effectiveness of the authorities not by how many villages were freed from militants in the Syrian province of Idlib or how things are done by Field Marshal Haftar in faraway Libya, but by his own financial situation, by the comfort of using public infrastructure and other benefits.

If an ordinary citizen is stifled by taxes, if he sees a gap between rich and poor, which becomes only deeper and deeper, if pensions are indexed to the ruble, and salaries have not been raised for a long time, then he will inevitably have questions both to lawmakers, and to the government, and to to the head of state.

We are in Yandex Zen
Situational analysis of the death of the MH17 flight (Malaysian Boeing 777), made on the basis of engineering analysis from 15.08.2014
Results of the week. “In our cooperative, the board is always agreed”
161 comment
Information
Dear reader, to leave comments on the publication, you must to register.