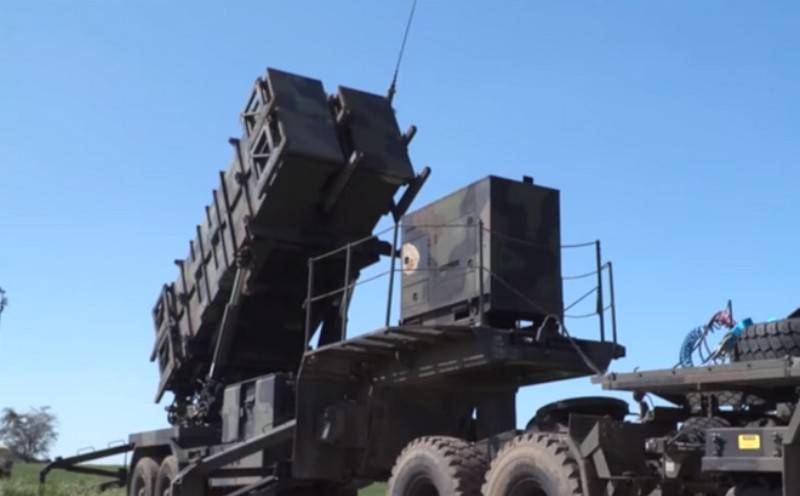 Ankara completely denies sending Washington a request for the purchase of two American Patriot anti-aircraft missile systems. This is stated by the official representative of the Ministry of Defense of Turkey.


According to the representative of the Turkish military, Turkey did not request from the United States the purchase of Patriot anti-aircraft missile systems to "deter Syrian forces."

This message is not true.
- said the representative of the Ministry of Defense of Turkey.

As previously reported by foreign media, and in particular, the Boomberg agency, Turkey requested the United States to supply two Patriot anti-aircraft missile systems. At the same time, the agency referred to the statement of high-ranking Turkish military.

According to the publication, Ankara asked Washington to deploy two Patriot missile defense systems on the southern border in order to "be able to strike in the event of any future attacks by the Syrian forces with the support of the Russian aviation".

There is evidence that the request was transmitted last week to US Special Representative for Syria James Jeffrey. It was assumed that the Patriot complexes will be used by the US military precisely on the border with Syria to block the departure of Russian aircraft in the area.

We are in Yandex Zen
The 20 rating of the largest arms deals, decisions on which were made in 2012
Yuri Drozdov: Russia prepared the role of the sacrificial calf
57 comments
Information
Dear reader, to leave comments on the publication, you must to register.