Assessment of the situation in Syrian Idlib from Turkish media 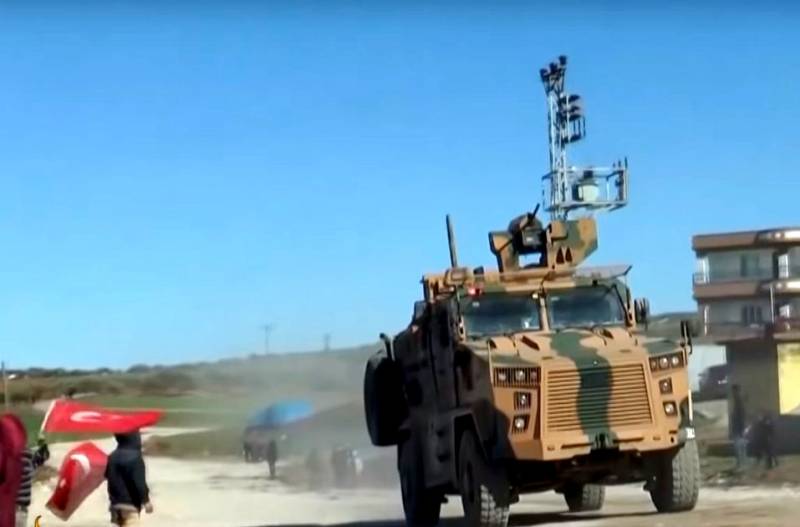 The fighting in Idlib has long been one of the main topics in the Turkish media. The Turkish press very negatively assesses the role of Russia and the help of our country Damascus.


Yeni Akit February 20, 2020 reports on the deaths of civilians as a result of "another raid of Russian military aircraft and the Syrian aviation on Idlib. "According to a Turkish source, Russian aircraft attacked the city of Termanin near Idlib. In other publications, Bashar al-Assad’s publications are called a murderer, constantly emphasizing that the Syrian government is responsible for the deaths of civilians in Idlib province.

Another Turkish publication, Anadolu, writes that Bashar al-Assad’s troops continue to attack the city of Daret-Izze in the western province of Aleppo, also located in the Idlib de-escalation zone. Russian aviation, according to Anadolu, also strikes at Daret-Izze. All this testifies, according to Turkish journalists, about Assad’s desire to turn this settlement into another “ghost town”. Civilians join the ranks of refugees, their homes are destroyed during airstrikes. The publication cites the opinion of the Syrians themselves, who allegedly accuse Assad, Putin and the Gulf countries of everything that is happening.

The main emphasis in the publications of Turkish publications is on the humanitarian catastrophe in northern Syria, which allegedly followed as a result of the actions of the Syrian government forces and the Russian aviation supporting them. So, Anadolu quotes Turkish Minister of Defense Hulusi Akar:

Bombed schools, hospitals, residential areas. No matter how they deny, the fact of crimes is obvious. There are photos and video evidence.
From the White Helmets? ..

Sabah writes about the many refugees who now every day arrive at the border with Turkey. In a day their number increases by about 10 thousand people. In the camps, according to the publication, there are up to 700 thousand refugees from Idlib. Al-Atarib, in which more than 60 thousand people lived, as a result of the war turned into a “ghost town”, and the surviving civilians became refugees, Sabah writes.

At the same time, the Turkish press prefers not to mention once again who the Syrian troops are fighting with in Idlib. Obviously, the main task is to set up public opinion against Damascus and partly Moscow, making them the main culprits of the deaths, injuries, suffering and wanderings of the unfortunate Syrians. 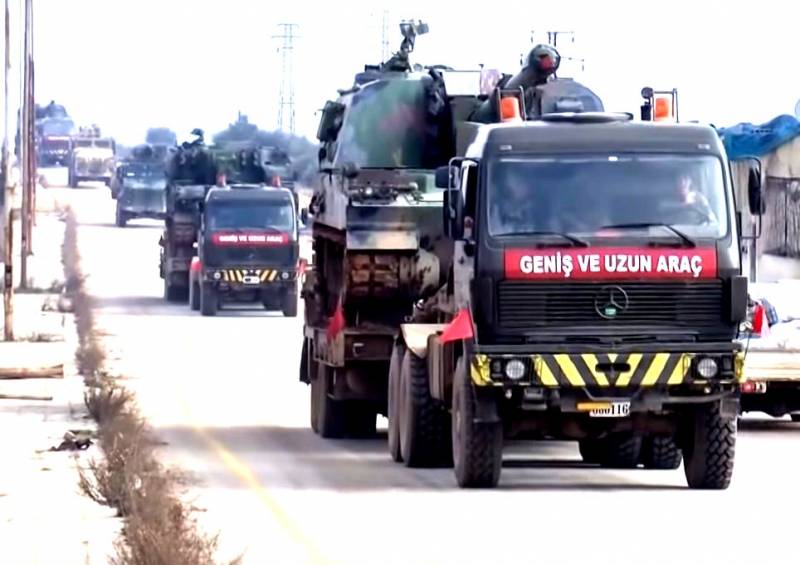 Naturally, which of all this information can an ordinary Turkish citizen conclude? Such that if chaos is happening in the north of Syria, a real humanitarian catastrophe sets in, it is better for these territories to be under the control of the Turkish armed forces. But where there is a Turkish military presence, there is both political and economic influence of Turkey. And the neo-Ottoman project of Erdogan, thus, receives a certain legitimation, at least in that part, with regard to plans to control the northern Syrian territories.

TRT broadcasted an interview with Turkish Foreign Minister Mevlut Cavusoglu, who again came down with accusations against Bashar al-Assad and emphasized that it was Damascus that was responsible for the fact that the militants concentrated in the Idlib region.

However, despite constant accusations against Russian aviation, which, according to Turkish media reports, takes part in delivering attacks on settlements in Idlib, almost all publications see a common line: Turkey is not inclined to conflict with Russia and hopes that Moscow will change its policy on the situation in Idlib. In fact, the media are repeating the course of Turkish President Recep Erdogan, who has repeatedly said that he does not want to quarrel with Russia over Idlib.

We are in Yandex Zen
Situational analysis of the death of the MH17 flight (Malaysian Boeing 777), made on the basis of engineering analysis from 15.08.2014
Syria: Americans scare themselves, and Asma Asad buys chairs
37 comments
Information
Dear reader, to leave comments on the publication, you must to register.