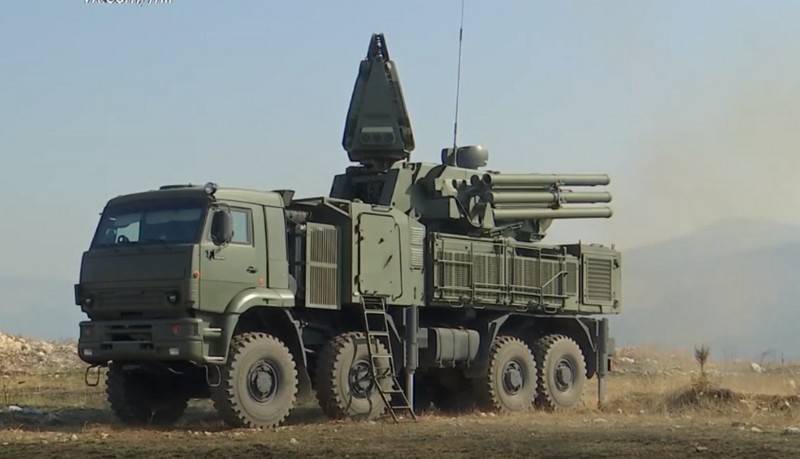 The Serbian armed forces will receive the first Russian short-range anti-aircraft missile-cannon system "Shell-C1" before the end of this week. This was reported by the national television of Serbia, citing a statement by the Ministry of Defense of the country.


According to the military, the first of the six Serbia-equipped armored vehicles, the Pantsir-C1, will arrive in Belgrade later this week. An agreement on this was reached during a visit to the Serbian capital by Russian Minister of Defense Sergei Shoigu. According to the Ministry of Defense of Serbia, the Serbian military have been trained and are fully prepared to work with new Russian equipment. The delivery dates of the remaining complexes are not reported.

The signing of the agreement between Belgrade and Moscow on the supply of Pantsir-S air defense missile systems became known at the end of October last year, after the second stage of the Slavic Shield air defense exercises in Russia and Serbia was held in Serbia. According to President of the country Alexander Vučić, Serbia purchased the Russian Pantsir-S air defense missile systems, and the country's future plans include the purchase of the S-400 Triumph air defense system, which Belgrade will “save up for.”

The appearance of Russian air defense systems almost in the center of Europe attracted close attention of NATO, the alliance reconnaissance aircraft circled for several days in the Serbian border area to monitor the exercises.

We are in Yandex Zen
Serbs will receive ZRPK "Shell-S" before the end of this year
Belgrade invited Sergei Shoigu to assess the combat readiness of the Serbian army
30 comments
Information
Dear reader, to leave comments on the publication, you must to register.