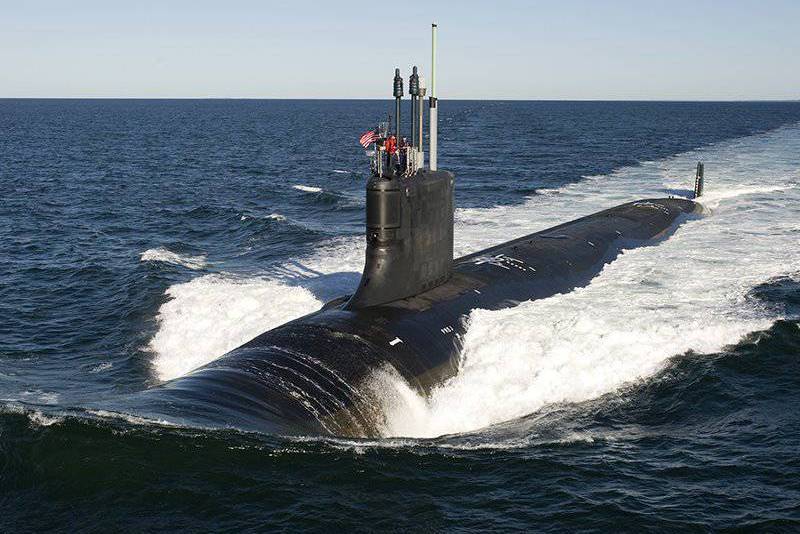 Virginia-class US nuclear-powered attack submarines will soon receive hypersonic missiles. These submarines will be the first submarines in the U.S. Navy to receive a new weapon. This is stated in the draft US military budget for fiscal year 2021.


US Navy plans first on navy to equip atomic submarines of the Virginia class with hypersonic non-nuclear instant-strike missiles created under the Conventional Prompt Strike (CPS) program. According to the draft defense budget, next year it is planned to allocate about $ 1 billion for this program. The deployment of missiles on the nuclear submarine is scheduled for 2028.

As stated in the command of the US Navy, the deployment of hypersonic missiles of an instant global strike will allow the United States to strike at any target on the planet in less than an hour. According to the plans, up to 65 hypersonic missiles will be deployed on each Virginia-class submarine of the latest Block V series.

Previously, the Pentagon announced that over the next 20 years the US Navy will receive 30 Virginia-type boats, which will replace the Los Angeles-class submarines, built from 1976 to 1996.

The Virginia-type submarine has a length of 114,2 m (377 ft), a width of 10,4 m (34 ft) and a displacement of 7835 tons. The speed is more than 25 knots in the underwater position, the immersion depth is more than 240 m. The submarine is equipped with a reactor, which does not require refueling during the entire period of operation. The crew is 134 people. The armament of the submarine includes Tomahawk cruise missiles, four 533-mm torpedo tubes with torpedoes Mk48 ADCAP Mod.6, sea mines and unmanned underwater vehicles.

We are in Yandex Zen
US expert community is trying to identify ways out of the Afghan impasse
In the West, have guessed why the Russian nuclear submarine followed the English SSBN
53 comments
Information
Dear reader, to leave comments on the publication, you must to register.