In Ukraine, announced plans to create a multi-purpose missile system 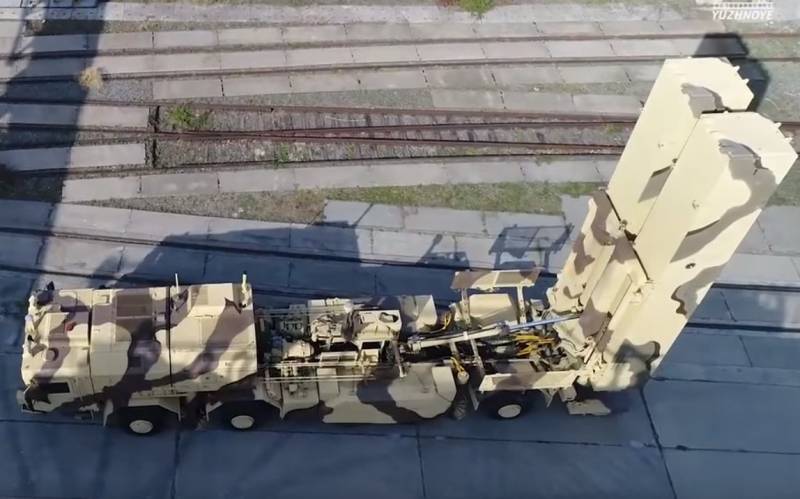 Ukraine has gathered to create its own multi-purpose missile system. Such a task is indicated in the State Defense Order of the Ministry of Defense of Ukraine for 2020.


The Ukrainian military department reports that the order to create the complex was given by the President of Ukraine Vladimir Zelensky himself. But about any detailed characteristics of the developed weapons not reported. It is also unclear whether this missile system is related to the Grom-2 operational-tactical missile system, better known as the Sapsan, that is already being developed. Earlier it was reported about the development of the Vilha rockets, which spent billions of hryvnias.

As you know, after the collapse of the Soviet Union, Ukraine abandoned nuclear weapons, and then began to reduce the number of missile systems inherited by the Ukrainian armed forces. As a result, only the Soviet-made 9K79-1 Tochka-U missile systems remained in service with the Ukrainian army, but their operation was fraught with a number of problems.

First of all, Kiev was faced with a shortage of components, since the enterprises that produced them were located in other post-Soviet states. Ultimately, the leaders of Ukraine came to the conclusion that it was necessary to create new, already purely Ukrainian missile systems. So the project of the Sapsan OTRK appeared, and then the idea of ​​creating a new multi-purpose missile complex.

Specialists of the Yuzhnoye design bureau are working on Sapsan, and it was supposed to be produced at Yuzhmash (the Southern Machine-Building Plant) in Dnepropetrovsk (the new Ukrainian name for the city is Dnieper). But 14 years have already passed since the start of work, and OTRK has never entered serial production. “Sapsan” began to be developed in 2006, in 2013, according to the decision of the Ministry of Defense of Ukraine, the project was closed (officially - due to misuse of budget funds), and in 2016 they returned to it, obviously - for lack of the best offers.

A fan of arms, the then President of Ukraine Petro Poroshenko announced the allocation of funds for the further development of the operational-tactical missile system. In August 2018, at the military parade in honor of Independence Day of Ukraine, a prototype of the Sapsan OTRK was shown. But in February 2019, information became known that the Ukrainian military department was again not financing the work carried out by the Yuzhny Design Bureau. 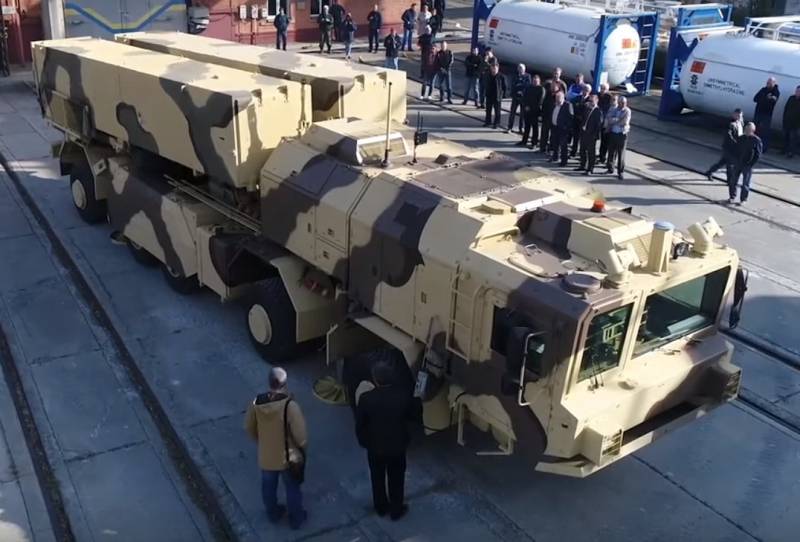 Interestingly, back in December 2015, Alexander Turchinov, who at that time served as chairman of the National Security and Defense Council of Ukraine, said that a new missile complex was being developed that would exceed the Sapsan OTRK in terms of its characteristics. Perhaps the complex that we are hearing about today was then announced by Turchinov?

The ambitious projects of Ukraine in terms of creating their own missile weapons, thus, appear to be a very dubious undertaking. The fate of the Sapsan OTRK is a typical confirmation of this. Of course, from Soviet times, modern Ukraine has got a fairly developed rocket industry, but during the 1990s - 2010s. its creative potential was largely lost. In addition, Kiev has simply no money for expensive development and, all the more, for launching new weapons in serial production.

A separate issue is bureaucratic obstacles and an incredibly high level of corruption, which also prevents any technological innovations. Therefore, it can be assumed that if Ukraine also has new missile systems of its own production in service, then this will happen very, very soon, perhaps in decades. This, incidentally, is also noted by many Ukrainian users, commenting on the Web information about the tests of the OTRK Grom-2. They rightly point out that if in countries - world leaders in rocket science such as the United States and Russia it takes up to 10 years to develop and launch production, then in Ukraine we will talk about 20-30 with vague final prospects.

We are in Yandex Zen
Situational analysis of the death of the MH17 flight (Malaysian Boeing 777), made on the basis of engineering analysis from 15.08.2014
Results of the week. “In our cooperative, the board is always agreed”
60 comments
Information
Dear reader, to leave comments on the publication, you must to register.