The law on “collaborators” and “transition police”: Ukrainian contours for Donbass 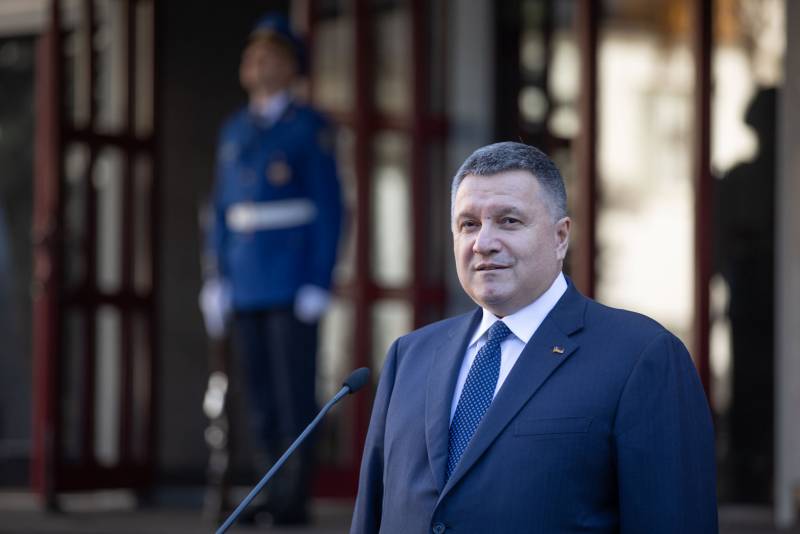 Taking advantage of another aggravation on the contact line of the opposing forces in the East of Ukraine, official Kiev again began to make provocative statements regarding its vision of a future “peaceful settlement” in the Donbass. In particular, a number of statements by the Minister of Internal Affairs of Ukraine Arsen Avakov makes it clear that the full implementation of the Minsk agreements is not expected from this authority in any case.


So, during a talk show on one of the leading Ukrainian television channels, this official, without any hassles, announced that Kiev did not intend to take even the steps (rather questionable. - Auth.) That were proposed by Vladimir Zelensky during the Munich Security Conference . In particular, there is no talk of any joint patrolling involving representatives of the DPR and LPR, Ukraine, or the OSCE mission.

According to the minister, the “transition police” will provide “order” during the local elections in the region. Further - even more interesting. According to Avakov, the police should include members of the department headed by him, “representatives of the peacekeeping mission” (it’s very interesting where they come from? - Auth.), As well as those who will personify “territorial communities”.

At the same time, the Minister again emphasized his strong desire to "apply the experience of Croatia." As for the defenders of Donbass, whom he refers to only as “terrorists who committed crimes,” their participation in patrols or anything like that is not even subject to discussion.

The Ukrainian politician aired and much more serious intentions about the contours for the Donbass. It turns out that by the time of the election in the Donbass, all "illegal authorities and armed groups, including the people's militia" should "cease to exist" there. After the expression of will (one can only imagine what it will be like under such conditions! - Auth.) "The authorities corresponding to the Constitution of Ukraine will start working." According to Avakov, there can be no other options.

So, Kiev again demands from Donetsk and Lugansk full and unconditional surrender, disarmament and surrender to his mercy! The minister also did not fail to speak about what kind of “mercy” this would be. In his deep conviction, the most necessary legislative act for Ukraine now is the law on “collaborators,” which must be adopted in a short time. At the same time, the head of the law enforcement agency emphasized that the law was needed not on amnesty, but on the prosecution of “those who participated in the overthrow of the constitutional system, encroached on the territorial integrity or sovereignty of Ukraine. participated in the repressive actions of the self-proclaimed republics. ”

As you know, under such formulations (and they will probably be expanded as well), you can bring every second resident of Donbass. Apart from every first ...

True, Avakov hastened to assure that, for example, doctors and teachers, but for some reason exclusively rural, would have a chance to “avoid repressions”. Well, or "petty clerks." The rest will expect an unconditional "criminal prosecution."

In this regard, I immediately recall last year’s statement by the then Chief Military Prosecutor of Ukraine Anatoly Matios, who was seriously planning to “drive out” the entire population of Donbass through the “lie detector” (to accurately determine the degree of his loyalty to Kiev). Moreover, the official was sure that the necessary facilities and equipment for such an event would certainly and with pleasure be “provided by Europe”.

In fact, all the above statements are a complete rejection of the spirit and letter of the Minsk Agreements. They could be tried to be attributed to Mr. Avakov’s personal opinion, however, most of his statements were soon repeated by the Secretary of the National Security and Defense Council of Ukraine Oleksiy Danilov. After this, there is no and cannot be the slightest sense in meetings of state leaders in the Norman format or any other, as well as new negotiations that have no prospects.

We are in Yandex Zen
Spacing the first. Feel sick!
Situational analysis of the death of the MH17 flight (Malaysian Boeing 777), made on the basis of engineering analysis from 15.08.2014
26 comments
Information
Dear reader, to leave comments on the publication, you must to register.