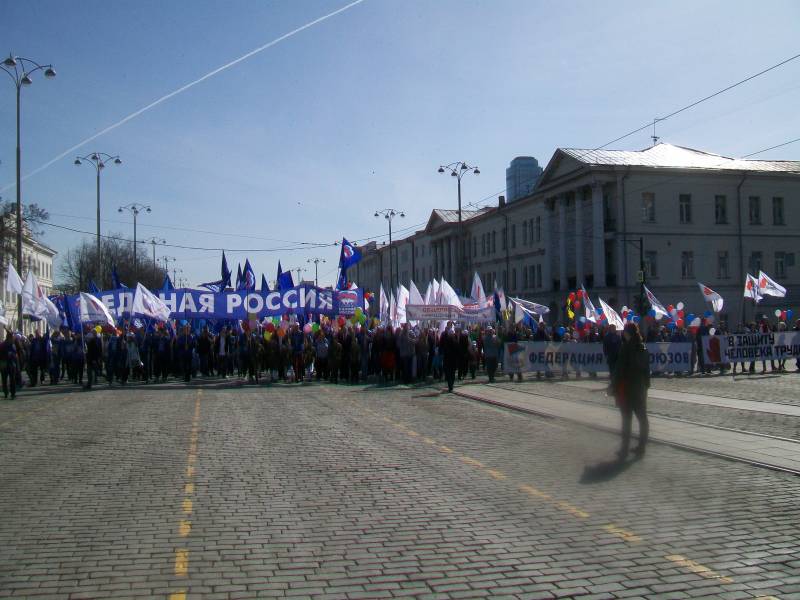 One of the signs of the Soviet era, which someone recalls with nostalgic sadness, and someone, perhaps with irritation, was the almost universal membership of all domestic workers in organizations such as trade unions. Since then, a fair amount of water has flowed, much has changed, but these associations exist in modern Russia, as well as throughout the world. How and how do our modern trade unions live, what do they really represent?


For most contemporaries, the Soviet trade union committees are mostly associated with the vivid image of the unstoppable activist Shurochka from the unforgettable “Office Romance”. Well, the funny thing is that somehow it was about the same. It is impossible to imagine a trade union organizing, say, a strike even at the most contingent factory in the USSR. So these organizations, united on an all-Union scale in such a powerful structure as the All-Union Central Council of Trade Unions), for the most part, addressed various social and cultural issues of the workers united in them. Vouchers, concert tickets, things like that ...

But after all, “trade unions” were created (namely, the first professional associations of workers were called) not at all for such peaceful and magnificent purposes! Their task was to fight with the owners of enterprises and the administration appointed by them for their own rights. An eight-hour working day, paid leave and sick leave, pension and other insurance, allowances for overtime work and its harmful conditions - all these absolutely ordinary and usual achievements today were obtained in a long-term struggle, primarily by the trade unions. And this battle was so cruel! In the confrontation of labor and capital, like any war, there were victories and defeats on both sides and, of course, their heroes and victims.

From time immemorial, the most effective measure of “persuasion” of employers who did not want to regard their personnel as a strike was a strike or a strike — the termination of the enterprise’s work until its owners fulfill certain requirements of the labor collective. And here often came to confrontations, during which not ink was spilled, but blood, and people died. Now the passions have subsided significantly, and this primarily caused a certain decline in the trade union movement around the world, which has been observed in recent years. The labor laws of most developed countries are already quite loyal to workers, and the owners of large enterprises have long learned that it is better to give up reasonably small things than run into a labor conflict. And in general, now the main workshop in the world is China, and there, you understand, you won’t especially strike.

Talk about the over-mass trade union movement in Western countries is just one of the well-established myths. “Trade unions” are strong in the countries of Scandinavia: in Norway, Finland, Sweden, they comprise from half to 70% of all employees. But in the most industrialized countries of Europe, the same Britain or Germany, this proportion reaches a maximum of a quarter of workers. In the United States, not more than 10% of working citizens participate in the trade union movement. Perhaps the point here is that organizing a trade union there is not so simple. An employer can always find legal "loopholes" to prevent this. Well, those trade unions that exist ... In many countries, they have long turned, using the vocabulary of left-wing politicians, into hired capitalists who do not care about the rights of workers, but, on the contrary, help owners more effectively keep them in check.

In Russia, where everything is much simpler with this matter (if you want a trade union - find a few like-minded people, and create one), the recession is even more noticeable than anywhere else. The number of members of these organizations in our country from 54 million in 1990 over the next 15 years has more than halved, and there is still no tendency to new growth. Someone is sorry to deduct 1% of the salary for professional contributions, someone sees these unions as a completely empty and useless venture, believing that he himself will buy a good ticket - there would be money, someone from the principle is not going to enter anywhere. And then say, according to the All-Russian Public Opinion Research Center, strikes in our country in the last ten years have been happening almost less frequently than the World Cups. There can hardly be any discussion of a real struggle for their rights in the current conditions, and working conditions are, as a rule, not so bad as to risk what they have, having the prospect of being left without a job altogether.

Modern workers are far from the proletariat of Marx, who have nothing to lose besides their chains. This, perhaps, is the main reason for the low demand for trade unions both in our country and around the world.

We are in Yandex Zen
Situational analysis of the death of the MH17 flight (Malaysian Boeing 777), made on the basis of engineering analysis from 15.08.2014
Results of the week. “In our cooperative, the board is always agreed”
99 comments
Information
Dear reader, to leave comments on the publication, you must to register.