“There were only seven prisoners”: APU summed up the battle for Debaltseve 2015 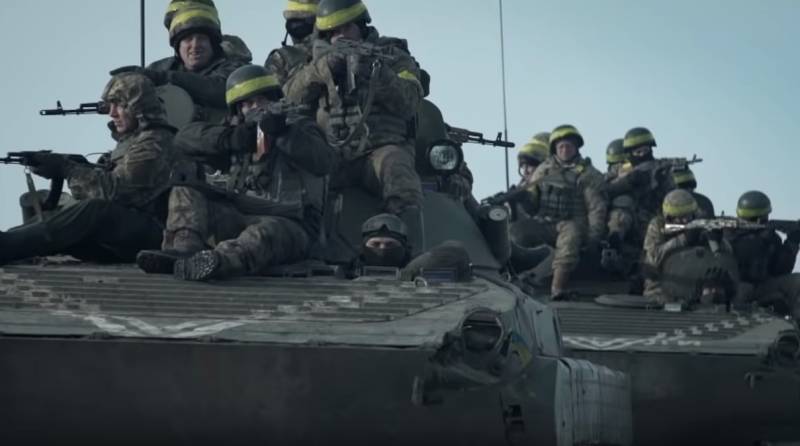 Mindful of the anniversary of the battle of Debaltseve, the Armed Forces General Staff issued a video briefly describing the events taking place during that battle.


As indicated, the APU had 4,7 thousand people. personnel (which were supplemented by 500 fighters from the National Guard and the Ministry of Internal Affairs), 120 tanks, 180 artillery systems and 65 MLRS units. They were opposed by 10 thousand people, 170 tanks, 290 artillery barrels and 110 MLRS. In the war zone, there were 50 roadblocks, 37 strongpoints, and 8 strategic sites.

Allegedly, the purpose of the attack on the position of the Armed Forces was to encircle and destroy the group in Debaltseve, followed by access to the operational space and movement to the Kharkov region.

The fighting began with an attack on an advanced checkpoint on the western borders of Uglegorsk, as a result of which units were forced to retreat south. Taking advantage of this, the militia broke into the city, quickly occupying its center. Resistance was provided to them by the Svityaz Ministry of Internal Affairs company and the 44th ober anti-tank battery, which were seated in the boarding school. In order to repulse the village, the 1st BTGR 30th Ombre was sent, which managed to succeed on the move, but as a result of a counterattack, was forced to withdraw. The anti-tank battery of the 25th ombb arbitrarily left its position.

North of Uglegorsk, an attack was carried out in three directions, as a result of which the troops left their positions. 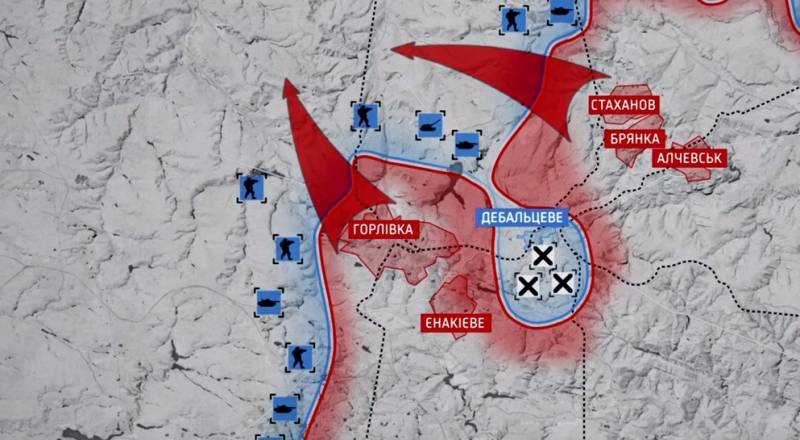 In the east, near Nikishino, units from the Andrey stronghold moved to Stanislav OP. As a result, the troops were surrounded among the swamps. The mechanized unit of the 128th Special Police Brigade, reinforced by special forces, was sent for a breakthrough, but did not stay in the destination area of ​​the Donbass Terrbatalion company (extremist groups are prohibited in the Russian Federation), and they refused to complete the mission of the 14th and 15th Companies of the 30th Ombre. As a result, the militia strikes forced to leave the stronghold.

The capture of the village of Logvinovo by the enemy allowed him to control the main highway going to Debaltseve. About 200 fighters were sent to his release from the north. One of the groups refused to attack, the offensive was frustrated.

February 16 begins fighting on the outskirts of Debaltseve. 107 soldiers from the 40th battalion surrendered during the attack on them, opening 2 km of front to the enemy. This gap was closed by 23 paratroopers from the 95th brigade.

Against the backdrop of massive fire on the troops that had settled in Debaltseve, a decision was made to withdraw them. The departure was carried out as planned, with a rearguard, pontoon crossings were induced and a system of flank defense was used. As a result, the 128th brigade left Debaltseve and went on the defensive in new positions.

According to the General Staff of the Armed Forces, according to the results of the battles that took place from January 15 to February 18, 110 people. died, 270 were injured, only seven soldiers were captured, 18 are missing, the enemy destroyed 30% of the equipment. Damage to the opposite side amounted to 870 people. killed, 200 armored vehicles lost.

The main achievement, according to the General Staff of the Armed Forces, was that the enemy’s plans were completely foiled, which included the destruction of the group and the further development of the offensive.