The main myths around the Kalashnikov assault rifle 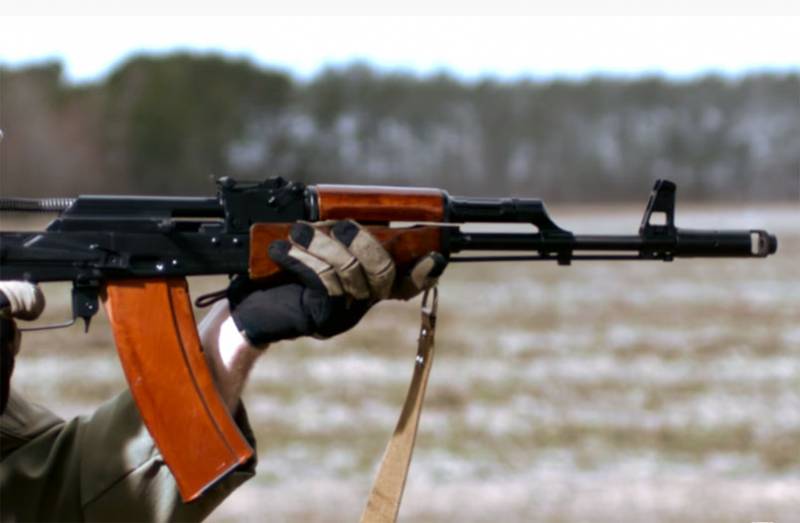 The Ministry of Defense announced that in 2020 it will purchase 40000 new AK-12 Kalashnikov assault rifles for the needs of the department. This is a new model of the famous weapons. Two years ago, they began to do it in series.

Hugo Schmeisser has nothing to do with it ...

The appearance of the AK-12 in the troops reminded that Kalashnikovs are now in service in more than 100 countries around the world. And the Indians last March launched their own factory for the production of "Kalash", moreover, their most modern designs.

These good news they didn’t interfere with the new wave of circulation of myths that clung to Kalashnikov for his more than seventy years history. The main one: the first-born of the AK-47 series - just a replica of the German STG-44 assault rifle (Sturmgever) designer Hugo Schmeisser.

Proponents of this myth speak of a certain external similarity between an assault rifle and a rifle, and also that from 1946 to 1952, Hugo Schmeisser, along with other German gunsmiths, worked in the design bureau of the Izhmash plant.

This is the end of the argument for myth. Real facts come into play. They are like that. Kalashnikov’s construction was preceded by another Soviet development - the Tula automatic machine of Bulkin or TKB-415, with which there is also an external similarity, even more than with the STG-44.

In addition, comparing the AK-47 with a German rifle, experts came to the conclusion that there was nothing in common in their details. The difference is visible from the locking mechanism to the trigger. And most importantly - the rifle and machine gun are made under completely different cartridges: 7,92x33 mm and 7,62x39 mm, respectively.

From the first myth follows the second. As if the German gunsmiths gave the Kalashnikov assault rifle the simplicity and reliability with which he became famous throughout the world. Here we must turn to history. The AK-47 walked heavily into the series. He was bulky, uncomfortable, difficult to handle. Weapons could only be serviced by specially trained soldiers. So he did not even get into the Korean War of 1950-1953. The first use of a Kalashnikov assault rifle came in 1956, in Hungary.

In Izhevsk Design Bureau meanwhile, work was underway to change the design of the machine. We experimented with materials and steels, tested new ways of processing them. As a result, in 1959, the country received a modernized Kalashnikov assault rifle - AKM. It was simple and reliable, lightened by 700 grams. It was then that the legendary Kalashnikov assault rifle was born, which until today has not lost its brilliance and superiority over other small arms.

Listen to the experts

There are myths of a different order, so to speak, debunking the “established stereotype”. These include allegations that the Kalashnikov assault rifle, like any other weapon, overheats in operation, and then “spits out” the cartridge or simply wedges it. Proponents of this version can only say one thing: you can foolishly break anything. Better listen to a reputable expert.

“The Kalashnikov assault rifle, in my opinion, is the best example of an army assault rifle in terms of the ratio of indicators such as technical characteristics (range, rate of fire) and reliability,” Sergey Zainullin, deputy chairman of the All-Russian Society of Civil Weapons Owners, said on the TV channel Zvezda. - Indeed, army weapons, unlike hunting and sports weapons, are operated in very harsh conditions. This is water, and dirt, and sand. The Kalashnikov assault rifle has shown its high reliability both in African sands and in the Arctic. And everywhere this weapon works absolutely reliably. ”

What the experts agree with is the fact that the shortened modification of the AK-74 - AKS-74U did not justify itself in the airborne troops. The military called this modification an amphibious assault, although the designers initially developed the AKS-74U for melee defense of the crews of various military vehicles, artillerymen, signalmen, etc.

Convenient shortened machine gun and really liked the paratroopers. Attitude towards him changed during the Afghan war. As you know, the landing is not limited to close combat. At long distances, the AKS-74U showed a shorter range and critically low accuracy of fire.

In addition, in a long and intense battle, the shortened machine gun overheated. Therefore, the AKS-74U was taken from the paratroopers and returned to those to whom it was supposed to be, as an effective replacement for a pistol in the conditions of defense against the enemy after the defeat of a regular combat vehicle.

You can recall a couple of myths about the legendary machine. For example, about the incredible simplicity of the production of “Kalash” or about the fact that he did not change his classically successful design for decades. Better pay attention to his ancestral heir - AK-12.

He also has a difficult fate. Introduced to the public in 2011, the new machine failed the first tests. It was finalized again, tested and, finally, in 2015 it was adopted. However, the new machine went into the series and the troops only in 2018.

Let's hope that now with the AK-12 the countdown of the history of Kalashnikov assault rifles of the new era will begin, and he will become the same legend as his eminent predecessor.

We are in Yandex Zen
Situational analysis of the death of the MH17 flight (Malaysian Boeing 777), made on the basis of engineering analysis from 15.08.2014
Bashar al-Assad: In Syria, not the “revolution” that the enemies are talking about, but the revolution of the army and the people against terrorists
79 comments
Information
Dear reader, to leave comments on the publication, you must to register.