“The Kremlin lost”: Khodorkovsky spoke about a court decision in The Hague in the Yukos case 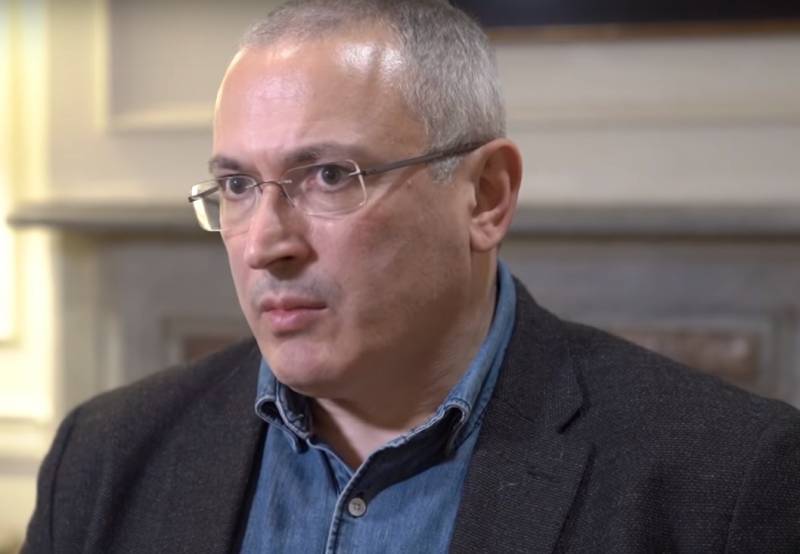 Mikhail Khodorkovsky commented on the decision of the Hague Court of Appeal in favor of Yukos shareholders, according to which Russia should pay shareholders $ 50 billion.

Now, Yukos shareholders plan to seize and seize the assets of the Russian state in other countries in the amount of $ 50 billion. This was stated by businessman Leonid Nevzlin, who now lives in Israel, and in Russia was sentenced in absentia to life imprisonment. Nevzlin, recall, is the main beneficiary of the company GML, which acts in the interests of the majority shareholders of Yukos.

Naturally, Mikhail Khodorkovsky also reacted to this event. A famous figure, a former in 1997-2004. co-owner of Yukos, Khodorkovsky spent more than 10 years by the sentence of a Russian court in prison, and after serving his sentence he immediately left for permanent residence in Europe.

Today, the Kremlin lost a court in The Hague to Yukos shareholders. I am not a shareholder or a participant in the process, but I am extremely pleased with this event. Since not only the procedure has been confirmed, but also the essence: “weaning of Yukos” is not about taxes, but about the fight against political opponents,
- Mikhail Khodorkovsky wrote on his Facebook page.

At the same time, Khodorkovsky did not forget once again to “stab” the Russian government. According to him, people are now concerned about the question, from whose pocket Russia will give these 50 billion dollars? So, according to Mikhail Khodorkovsky, power gives people only that which cannot but give and takes away everything that it can take away. The Russian government, according to Khodorkovsky, will not give money, but if it is forced, then it will be given at the expense of ordinary citizens.

What rejoices Mikhail Khodorkovsky? Indeed, even if one recognizes his point of view regarding the Russian authorities, it turns out that the obligation to return money to shareholders will put a heavy burden on the Russian budget and on ordinary Russians as well. But this disgraced oligarch is of little interest. In the first place are financial interests. On the second - the desire to harm Russia at all costs, while Vladimir Putin is at the head of our country.

For example, what is an “arrest of Russian assets abroad”? If so, they will not arrest “private” assets recorded in all kinds of front offices and front persons, but open, well-known assets of the Russian state, that is, property of Russia. The personal property of Russian officials and oligarchs is unlikely to be affected, although Khodorkovsky hopes that some hidden assets of the authorities will be revealed.

In his post on the social network, Khodorkovsky not only rejoiced at the decision of the court in The Hague, but also did not forget to once again call for mass protests against the existing system.

We all need to get rid of the hostage syndrome. Do not count on their pity, but create situations where it becomes a less risky choice to pay off, and in the end to leave,
- wrote Khodorkovsky.

What is meant by a situation when to leave is less risky, probably, it is not worth explaining. Domestic liberals and their foreign patrons like to cite the example of the fate of Gaddafi, Saddam Hussein, at best, Yanukovych. At the same time, the prospects for mass riots, civil war, the death of thousands of people, the destruction of infrastructure, a colossal blow to the economy, the possible exclusion of part of the territories from the country, they, apparently, are not afraid. The main thing is to “pick up,” as they like to put it, the Russian government that they hate.

We are in Yandex Zen
Results of the week. "And you do not confuse your personal wool with the state!"
Yukos shareholders owe Russia
133 comments
Information
Dear reader, to leave comments on the publication, you must to register.