Indian women have a career in the country's armed forces 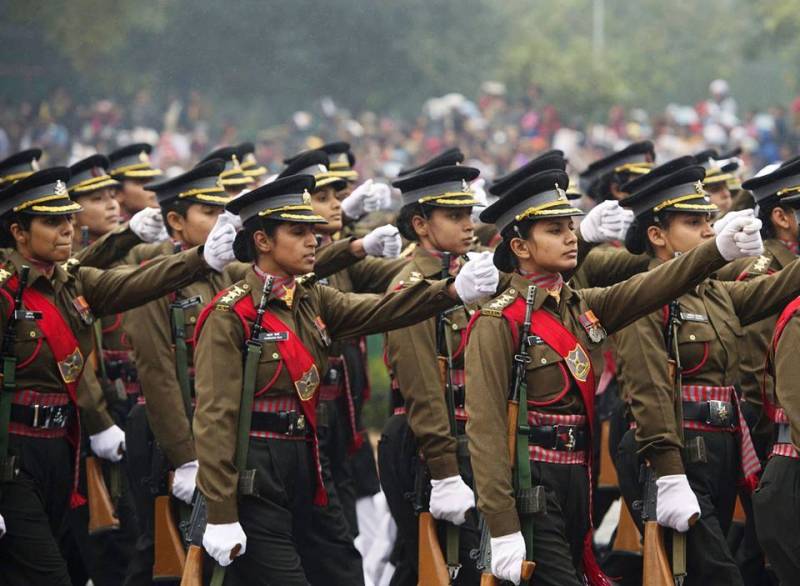 The Supreme Court of India has truly accepted historical solution: from now on, for the fair sex, serving in the armed forces of this country, the opportunity is open to occupy any command posts completely on a par with men. Thus, according to the judges who passed this verdict, a point will be put on “the spread of slander,” which “offends the dignity of not only the women military themselves, but also the country as a whole.” From now on, in the barracks, headquarters, on the training grounds of one of the largest armies in the world, there can be no place for "gender stereotypes."


To timid objections made by government representatives on this issue, who were trying to explain that the bulk of the servicemen, who come from rural, patriarchal regions of the country, may simply be “unprepared to see women as their commanders,” the ministers of Themis responded with an angry rebuke. Such arguments were called not just “discriminatory” and “stereotypical”, but also “disturbing”. In order not to become the heroes of the trial over their own rigidity in prejudice, officials chose to shut up and surrender.

A reasonable choice, especially given that from now on there will be a special standing commission in the country where any female soldier will be able to turn to complain about “discrimination”, regardless of her tenure in the army. Well, seriously speaking, for a country with fairly strict stereotypes regarding the distribution of the roles of different sexes in society, the “breakthrough” is really colossal. The trouble of India for a long time consisted precisely in the fact that some of its residents did not even consider their own future daughters as people, forcing their wives to have abortions. The scale of the problem reached such a level that the case ended with a legislative ban on determining the sex of the unborn child.

Most interestingly, the issue of the service of women in the armed forces of India is actually quite specific. Not that they would not be appointed to officer posts, preventing them from rising above the "lower ranks". The fact is that there are practically no female soldiers there!

Representatives of the beautiful half of humanity, who appeared in the huge army in the early 90s, served exclusively in officer posts, and, for the most part, in various supporting roles. There was no question that a woman would become a full member of the "military family" in the infantry, tank troops, artillery. Well, and as for the command of entire units ... Now, in the execution of the court’s decision, which “raised the bar” of army posts available to ladies to colonel and above, one can imagine one of them at the head of, say, an Indian motorized infantry battalion of 850 " bayonets. " Why not? Moreover, in the recent history of India, a woman held the post of Minister of Defense.

Perhaps such an innovation will contribute to a greater influx of female cadres at recruiting stations and military educational institutions in India. However, it turns out that in the world there are other ways to resolve such issues - for example, the idea of ​​the Ministry of Defense of Canada. The local officials, who set a goal by 2026 to increase the number of women in the ranks of their own department from the current 16% to 25%, took a slightly different path. Exactly a quarter of the men were removed from the local Arms Committee, which is in charge of, among other things, army uniform issues, replacing them with women. As a result, a radical decision was made - the uniform skirts of Canadian soldiers and female officers should be shortened and narrowed! Yes, and the design of the shoes is ordered to work as it should ... Expect positive results, and in the near future.

We are in Yandex Zen
Situational analysis of the death of the MH17 flight (Malaysian Boeing 777), made on the basis of engineering analysis from 15.08.2014
Results of the week. "God forbid to see Russian revolt, senseless and merciless!"
15 comments
Information
Dear reader, to leave comments on the publication, you must to register.