Mikhail Gorbachev is a hero in the West, but not in the Homeland 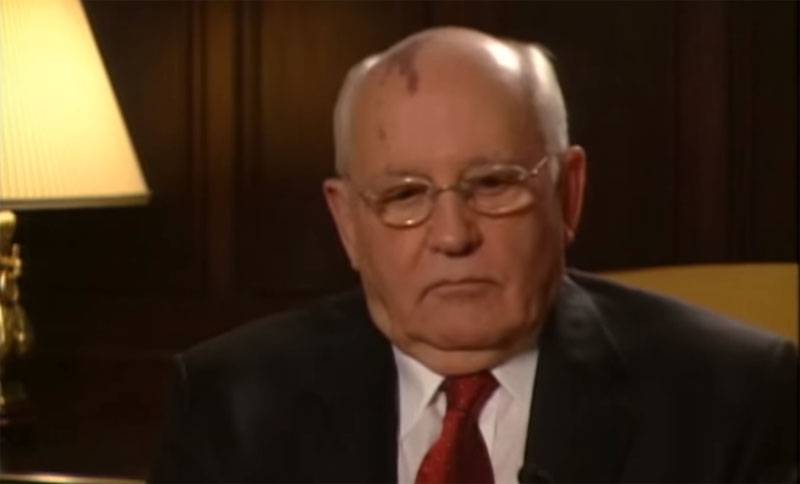 In connection with the approaching anniversary of the birth of the last Secretary General and the first (and also the last) President of the Soviet Union, Mikhail Gorbachev, thoughts arise about the real phenomenon of this extremely ambiguous historical figures. Mikhail Sergeyevich, who has become the symbol of an entire era, is just as eagerly extolled in Western countries as they amicably criticized and even hate where his ebullient activity left the most indelible mark - in the so-called “post-Soviet space”.


Was his coming to power and the ensuing “perestroika” that culminated in the collapse of one of the greatest powers in the world, the inevitability or fatal mistake of history? What was more in the actions of Gorbachev and his associates - a conscientious error, the desire to “do better”, combined with incompetence and misunderstanding of the obvious things, or frank betrayal, the desire to simply “surrender” your country to its opponents in the Cold War? Disputes about this are going on to this day and will last, apparently, for a long time. Nevertheless, it should be noted - in recent years, the attitude of the citizens of our country towards the ruler that has brought it down in a series of terrifying economic, social and even military cataclysms has become increasingly negative. This is clearly not the case when time heals wounds and alleviates the pain of loss ...

And how, by and large, can be attributed to “bona fide delusions” the consistent and many years of activity of the then ruling elite of the USSR in the systematic surrender of the country's national interests in all areas without exception? One can try to apply such an explanation, perhaps, to the thoughtlessly and absurdly conducted Gorbachev campaign for “sobriety”, which began with seemingly positive results, but ended with an increase in speculation, an explosion of drug addiction and the country's enormous economic losses. However, it was simply impossible to assume that the Secretary General of the CPSU Central Committee, who had vast political experience, did not understand what his actions would be to undermine the ideological foundations of the state, blacken its history, and revise its unquestioned postulates, such as the role of the USSR in the Great Patriotic War. Under the guise of "democratization" and "glasnost," not only the socialist, but also the patriotic, worldview of citizens was systematically destroyed, and they were pushed to unconditionally accept the so-called "Western values."

Gorbachev’s foreign policy miscalculations, which, in essence, are a continuous series of “unconditional surrender” to the United States and NATO countries, are out of the question. On the one hand - the shameless betrayal of all the countries that trusted the Soviet Union (from Cuba to Eastern Europe), on the other - the instant fulfillment of any, even the most challenging, most unreasonable demands of the "Western partners." Moreover, according to the recollections of numerous high-ranking politicians who represented our “opponents” in those years (why not believe them?), They themselves were sometimes amazed at how easily Gorbachev made concessions, which they themselves could not even dream of , far surpassing in their own initiatives the most arrogant claims of those who were with him at the same negotiating table. "He gave everything without even bargaining!" - A similar assessment is found in the memoirs of many Western military, diplomats, and officials of those years.

Owing to this, of course, the fact of almost adoring Mikhail Sergeyevich on the part of those whom he “live in good health” gave a victory in the confrontation, which they did not expect to win with such phenomenal ease, is absolutely unsurprising!

The Nobel Peace Prize, many awards - both state and received from various NGOs, foundations and unions ... In truth, against the background of the contempt that exists with respect to Gorbachev in his native land, all this pretty much looks like the notorious " thirty pieces of silver. " Whatever he conceived, starting his “perestroika” and “acceleration”, in the end, chaos, horror and poverty for millions of people turned out to be a series of regional conflicts, some of which continue to this day. And also - geopolitical changes in the form of creating a "unipolar world" led by the United States, the consequences of which our country is now forced to overcome.

All this is already a story that cannot be rewritten, neither justified nor refuted. That is why the attitude towards Mikhail Gorbachev will remain polar: one is for those to whom he gave power over the world, and a completely different one is for those whose house he destroyed.

We are in Yandex Zen
Unreconstructed Mikhail Gorbachev in the arms of publicity
Why they hate us ("American Thinker", USA)
208 comments
Information
Dear reader, to leave comments on the publication, you must to register.