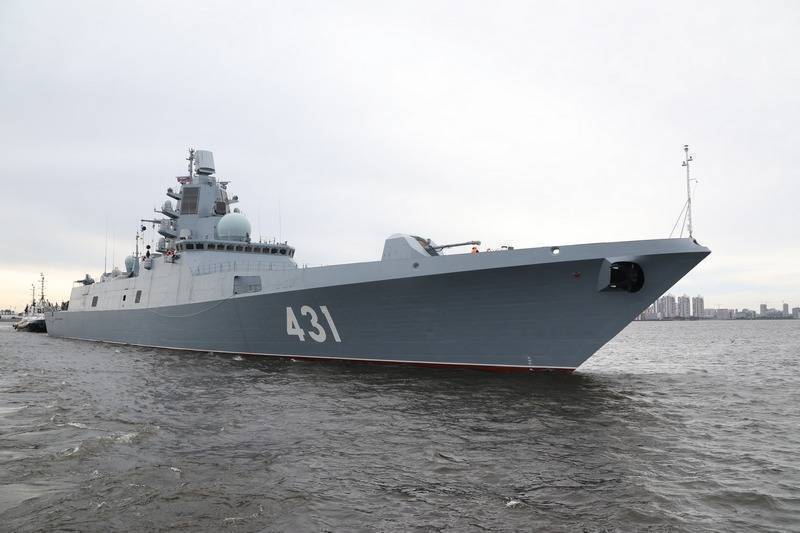 The first serial frigate of project 22350 Admiral fleet Kasatonov "will be transferred to the Russian Navy until the end of the first quarter. This was stated by the head of the United Shipbuilding Corporation Alexei Rakhmanov.


Answering journalists' question about the timing of the frigate’s transfer to the customer, the head of the USC said that the state’s tests of the ship were ending, after which preparations for transferring the Admiral Kasatonov to the fleet would begin.

The next test phase will last about another week, after which the ship will prepare for transfer to the fleet. This is the first quarter
- he said.

Currently, the ship is in Severomorsk, where it is preparing for the next stage of testing. According to the data provided by the Ministry of Defense, the ship’s crew will have to test on-board air defense systems, all other tests have already been successfully completed.

Recall that the state tests of the ship began in November last year. They take place at the marine ranges of the Server Fleet in the Barents and White Seas.

We are in Yandex Zen
Reports from the militia of New Russia for 27-28 September 2014 of the year
December 2010 years. Russian March. Senseless and merciless? Notes not a Russian person
25 comments
Information
Dear reader, to leave comments on the publication, you must to register.