To teach our children to love their homeland: how modern students perceive the history of the country 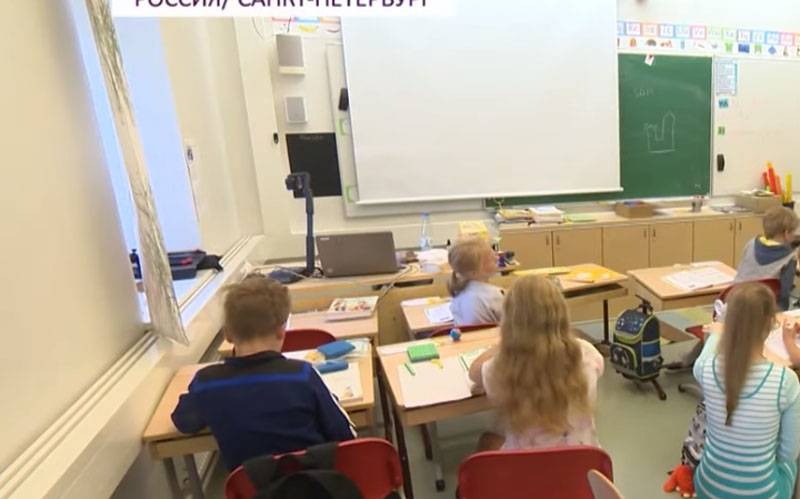 There are questions that concern us for a long time, but there are no answers at all, or there are too many of them. It seems that all the answers are correct. But if you think about it, they contradict each other. Today is just such a question. More precisely, several questions at once.


You did not notice some strangeness in the perception of the world, stories, the policies of our children and grandchildren? Why for the vast majority of them, Stalin is a tyrant and a murderer, and radical nationalism and even fascism are just a doctrine? How do modern students perceive the history of the country?

No, if you ask a modern young man about his attitude to Hitler, then the answer is quite predictable. Hitler is an enemy, a killer. But if we change the question a little and ask about the attitude towards the “come in large numbers” and to migrant workers or offer to talk about our proposals for solving this problem, we get a rattling nationalism.

What is the basis of modern views of young

We have already forgotten about the fascists of the 90s - early 2000s. About all these RNU and other openly fascist organizations, whose representatives walked the streets of our cities recently. Today we are surprised to look at Ukraine, where exactly the same young men, though under different names, “reign” from lanes to avenues.

So how does the memory of the victory over fascism and fascist ideas combine in young heads? How could this happen in a victorious country of National Socialism? In a country that lost 27 million people in that war?

Nothing happens suddenly. This axiom is understood by most thinking people. The idea, even the most revolutionary, must be based on something. It seems to me that I have found the place from which all this political and moral catastrophe spun in the brains of our youth. Those who today are not even 20.

It all started with their parents. Those of our very children, whose maturation took place in the dashing 90s. Remember the schools of that time? Remember the history books of the time? Dozens of beautifully published textbooks with money from overseas sponsors! Confused teachers, who were then respected by people from television screens about new, declassified facts of repression. Obviously gibberish films about the war that filled our cinemas.

Sometimes I have to answer rather complicated questions of those who are now 30-35 plus. The questions are correct. Like: why do we live so badly? Why does the state instantly forget about veterans and combatants?

Just the other day, I read this message, which was given to me by a participant in one of the soldiers' discussions. And not just a soldier, but a participant in the hostilities in the Caucasus. The conversation took place literally three to four days ago. I keep the style of the author.

“In the Second World War there were other ideals and the attitude towards people is different. It was for what and for what. Of course, you are partly right, but only partly. Now there are no ideals, people live in poverty, medicine is killed, there is no education, there is no way to be realized, there is nothing, and this is against the background of the country's extinction. Do you think people don’t understand this? ”
“If we are talking about infantry war, people will not go. Do you think the enkavedeshnik with a gun will drive me into battle? So I will answer simply. Do you know why I didn’t have hazing there? In-in, because instead of a woman I had AKM in my bed. ”

Talking about events in Ukraine, journalists always emphasize the same idea. We are not against the people, we are against the anti-people government. As, however, in the materials relating to other countries. We clearly separate power from the people.

For some reason, the correct thought, in general, was transformed in our heads into completely absurd. We began to identify the homeland and power. Country and officials. Just yesterday, I answered a direct question about what I would defend in case of war with a simple word - the Motherland. My answer was received with a sour mine.

If the father is not going to defend his homeland, simply because he considers the defense of the country to be the protection of oligarchs and officials, then what should the son think? A son who is intentionally more radical than his father. Just by virtue of age.

By the way, probably, this also contains the answer to the question that was repeatedly asked in Ukraine: where did so many Russian-speaking Nazis come from? After all, it’s impossible to explain everything with the influence of Bandera’s Western Ukraine. Zapadentsy rather supplemented the local fascists. And the parents of these "supermen" are probably terrified of what grew out of their favorite children.

Stalin's power, then Stalin is an enemy

Now about the question I started with. Why is Stalin an enemy?

Disputes about the role of Stalin in the formation of the Soviet state, in the victory over fascism, in the period of repression, in the so-called Holodomor and other events that were rich in the history of Russia of that period, continue to this day.

Both supporters and opponents of Stalin today can find confirmation of their views on the Internet or in special publications. But in general, if we discard verbal husk, even Stalin's supporters admit that Comrade Koba’s guilt in conducting mass repressions is enormous.

Now compare one with the other. Raised by parents a feeling of dislike for power and attitude towards Stalin. Joseph Vissarionovich personifies absolute power in the eyes of many. Moreover, the state’s power over man. Hence the hatred of this man. Hence the belief in all kinds of nonsense, like the total number of people who died in Stalin's camps or personal orders for executions.

To convince a person that he is wrong is almost impossible. This we see again on the example of Ukrainian nationalists. When it comes to uncomfortable questions, they just “turn on the fool”. Our youth is no different from the Ukrainian in this matter.

To teach the Motherland to love or leave everything as it is?

The question is very strange at first glance. Naturally, we must be taught to love the Motherland! But the second question arises. And who should teach? Dad, who himself speaks of dislike for the homeland? A teacher who lives well and richly only according to Moscow officials? Non-governmental organizations that write “integration into the world system” of something there as the first point of their existence? Who will teach?

There is an even more cruel question. And who will today's youth believe? Who is really credible for young people? The question that drives us parents into a corner. Alas, for most young people we are not authorities. We are vintage, retro, exhibits of the museum of local lore. Idols are not us. But how to instill love for the motherland?

Leaving the young at a crossroads is a betrayal. First of all, our betrayal of adults and smart parents who have gone through a lot. But how can they now explain what's what? How to explain that the homeland and the state are different concepts? What did we protect, then their fathers, not Yeltsin, Putin or the oligarchs, but our families, them, after all? And they died for mother, father, wife, children. For that birch and for the haze over the neighbor’s hut ...

The amount of information that young people today receive from the Internet is so great that it is impossible to resist it. School, social activists, all kinds of activists there will never be able to convince a young man that Wikipedia is lying. The fact that those who “open their eyes to the truth about the USSR” lie about the war.

This means that only we parents can change our attitude to the state, to the country, to our homeland. But change only after we decide. We will defend the country after we decide what the Motherland is for us. What is sacred to us. And are we able, like our grandfathers once, to forget for a while all insults from this state and to defend it.

Able, as then, in 1941, to attack Tanks enemy bayonet. Who with “For the Motherland!” For Stalin! ”, Who is with“ In mother’s soul in God! ” But to go together to the enemy of their homeland. Then there will be no insoluble problems with the questions of assessments of history.

We are in Yandex Zen
Results of the week. “In our cooperative, the board is always agreed”
Results of the week. "God forbid to see Russian revolt, senseless and merciless!"
199 comments
Information
Dear reader, to leave comments on the publication, you must to register.