Fight against drug addiction: “hot iron” or with the utmost care? 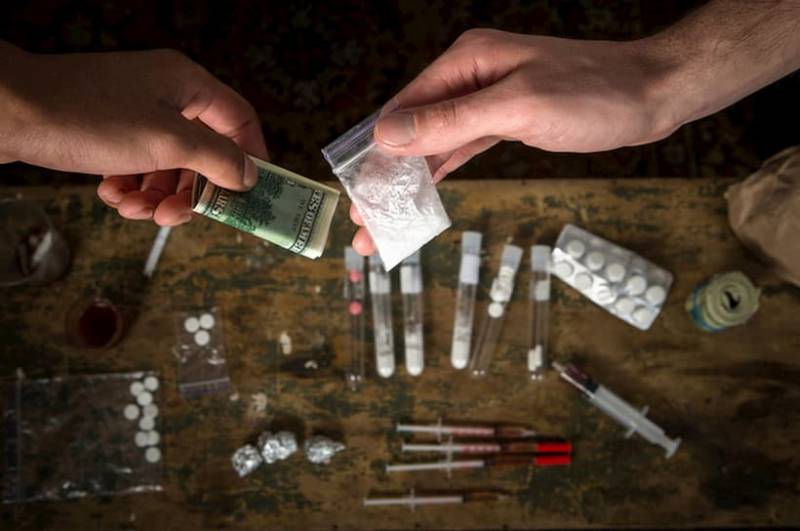 Against the backdrop of the grandiose legislative initiatives of the President of the Russian Federation, discussed today throughout Russia and around the world, the heated debates that unfolded in the State Duma were not so noticed and appreciated. We are talking about extremely tough anti-drug addiction initiatives proposed by deputies from the Just Russia faction, in particular, Oleg Nilov. What exactly is proposed and how similar innovations can be acceptable for our society?


As a matter of fact, the statement raised on the shield that Nilov and his colleagues “offered to plant drug addicts” is not very true. It was about bringing to justice those citizens who use drugs systematically, and about the compulsory treatment of those. In short, about the maximum isolation from the dope of those who can not or do not want to control themselves. According to the deputy, they should never be sent to “ordinary” places of deprivation of liberty and “confused” with convicts under other articles. Again, when he said that society should defend itself against such people “like from plague patients,” Nilov had in mind a well-known fact: the extreme prevalence of AIDS among drug addicts, which, in fact, is called the “plague of the twentieth century.”

A much tougher measure "Fair Russia" plans to consolidate at the legislative level for those who distribute deadly dope. According to deputies, drug dealers should expect a life sentence with the complete confiscation of all property. At the same time, it is again clarified that we are talking about "drug lords", and not about "students who sold a dose somewhere." What is much more interesting, the organized criminal groups involved in the mass production, smuggling and trade in "potions" are proposed to equate the degree of public danger to terrorist organizations - with all the ensuing, as they say ... This is, perhaps, a very common idea.

Legislators are supposed to pay special attention to such an extremely urgent problem today as the spread of drugs using the World Wide Web. In particular, in the darknet. The above initiatives were expressed during the parliamentary hearings on this particular problem. The bill introducing criminal liability (in the form of a significant fine or even imprisonment for up to five years) for illegal propaganda and advertising of narcotic drugs was introduced by Just Russia for consideration by the State Duma at the end of October. However, at that time the document was returned to the authors without consideration on the grounds that it did not receive feedback from the cabinet and the Supreme Court.

Nevertheless, there is hope that this legislative initiative still has a future: after all, on the eve, Vladimir Putin personally gave the order to the government to amend the criminal online propaganda to the Criminal Code. However, the undeclared war that dope dealers are waging against the country and people cannot be won by fighting only one aspect of Russia's narcotization. And do not even stop their advance.

The points of view on how exactly the confrontation of drug abuse should be waged, which, if you believe the statistics of the Federal Drug Control Service (before the agency was abolished), as of 2014, up to 5 thousand of our compatriots per month, differ. And often very dramatically. Someone, like Mr. Nilov and his like-minded people, offers to act with maximum rigidity, as they say, according to the laws of wartime. And their reason in their position, of course, is. Millions of consumers of dope and drug addicts in the country are a national disaster, in the fight against which half measures are hardly appropriate ...

Someone believes that by maximizing the punishment for drugs (including their use), the country will “go on a vicious punitive path”, and, moreover, it will create favorable conditions for massive abuse by law enforcement officials or the same judges. "Addicts are sick people, they must be treated, not planted!" This position also has the right to life. However, let me remind you of the following: the explosive and avalanche-like growth of drug addiction in Russia began precisely after the criminal and administrative liability for possession and use of narcotic substances for personal purposes was canceled in 1991. Prices for "Datura" fell at times, and, accordingly, their availability and popularity increased. What do we have in the end? A tenfold increase in drug mortality over the next decade. Now it has increased 1990 times in comparison with the 12s.

Russia ranks 5th in the world in terms of heroin consumption in the world. Every day, 230-250 people replenish the ranks of drug addicts in it. Each drug addict involves at least 10-15 people in the use of the “potion”. These are not police statistics, but medical ones.

We are in Yandex Zen
Situational analysis of the death of the MH17 flight (Malaysian Boeing 777), made on the basis of engineering analysis from 15.08.2014
Results of the week. “In our cooperative, the board is always agreed”
140 comments
Information
Dear reader, to leave comments on the publication, you must to register.