“The USSR is an illegally created state”: judge of the Constitutional Court of the Russian Federation spoke about Russia and the Soviet past 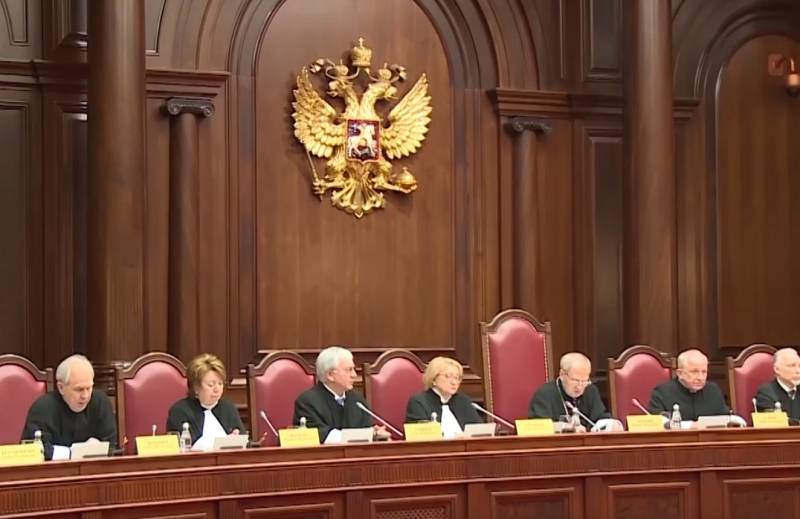 The words of a judge of the Constitutional Court of the Russian Federation about the illegality of the establishment of Soviet power and that Russia should not be considered the successor of the "repressive-terrorist" actions of the USSR may be ambiguously perceived in Russian society.

One of the judges, Konstantin Aranovsky, expressed his opinion in addition to the decision. He said that the interpretation of the Russian Federation as a state - the successor of the USSR needs to be clarified.

According to Aranovsky, the rehabilitation of victims of repression should not be equated with compensation for harm, since the Russian Federation is not related to the political repressions carried out in the Soviet Union and, accordingly, to the damage suffered by citizens of the USSR as a result of this policy. Therefore, if Russia helps the victims of repression, this does not mean that it should accept responsibility for the repressive actions themselves that took place during the existence of the Soviet state.

In the supplement of Konstantin Aranovsky, the thesis that the Soviet Union was a state illegally created several times is clearly repeated. The appearance of Soviet power, from the point of view of the judge, became possible as a result of the illegal overthrow of the Constituent Assembly. Calling not to take examples from anyone, at the same time, the judge cites Germany among the countries that can be guided in this matter. Like, modern Germany does not consider itself as the successor of the Hitler regime, but at the same time compensates for the harm suffered by people and states as a result of crimes committed by the Nazis.

The Russian Federation does not continue with its right, but replaces on its territory a state that was illegally created once, which obliges it to reckon with the consequences of its activities, including political repression,
- stressed judge Aranovsky.

Thus, the words about the illegality of the creation of the Soviet Union were heard from the lips of a judge of the Constitutional Court of the Russian Federation. And this is a very serious statement, given that it was made by a professional lawyer, a judge of one of the highest instances of the Russian judiciary.

Meanwhile, lawyers distinguish two types of continuity - partial and universal. The Russian Federation became the universal successor of the USSR, which does not allow us to divide the “Soviet legacy” into positive and negative: they say that we inherit international relations or industry, the infrastructure and education system of the Soviet Union, but we don’t heir to the Union on the question of any other actions are.

You can’t inherit a relative, but don’t inherit his debt obligations, for example. But of course, this position is very convenient for the Russian state - Soviet property was a priori transferred to sovereign Russia (as it ordered it, this is the second question) and there are no questions about the legality or illegality of owning Soviet property, but if we talk about compensation for harm to repressed people, here you can refuse succession.

A very ambiguous situation is created. Victory in the Great Patriotic War, industrial giants, weaponsflying to space Russia is proud. But after all, all this was achieved and done under the leadership of the "initially illegal party-state authorities", as the judge calls the Soviet government.

At the events of May 9, we see portraits of Stalin, we hear songs of the war years in which his name is mentioned, but is this, from the point of view of the judge, the leader of the repressive-totalitarian regime? In Germany, which the judge cites as a guideline, there is still no such ambiguity at least at the symbol level - the Bundeswehr does not march under swastika banners, portraits of Hitler are not worn under Nazi marches at national holidays.

By the way, the attitude to the Soviet Union as a “repressive-totalitarian” state, if to be completely consistent, would also entail a ban for former party leaders and employees of the repressive apparatus of the USSR (KGB and the Ministry of Internal Affairs) to hold public service posts in democratic Russia . But where would then be the majority of modern Russian leaders aged 55 and older, including the head of state, and many high-ranking security officials? So the doubtfulness of this approach is obvious.

You can’t sit on two chairs. It is this dual policy that has led today to the fact that in the West they are trying to revise the entire course of World War II, blaming it for not only Germany, but also the Soviet Union. This became possible also because the Russian leadership more than once did curtsies in the direction of the West, in the direction of the Russophobic governments of Poland or the Baltic countries “offended by Russia”, repented of imaginary crimes.

We are in Yandex Zen
Housing problem of Russia. Lack of decent housing threatens the social and demographic security of the country
Situational analysis of the death of the MH17 flight (Malaysian Boeing 777), made on the basis of engineering analysis from 15.08.2014
297 comments
Information
Dear reader, to leave comments on the publication, you must to register.