Russian computers: the main advantages and problems of entering the market 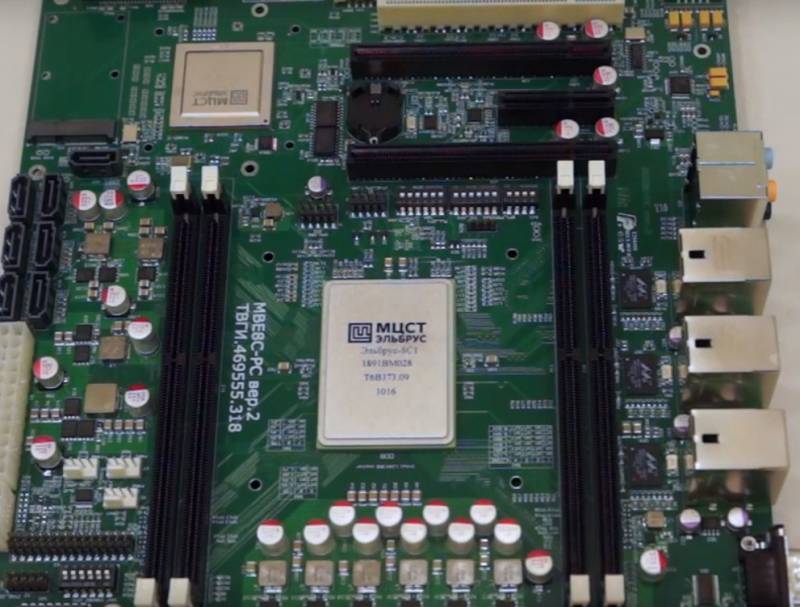 Russia is one of the few countries in the world where processors for computers of its own manufacture are produced. But can they compete with foreign equipment? Let's try to figure it out.


To begin with, in recent years, the need to develop and supply domestic-made processors to the Russian market was caused not only by economic considerations, but also by political events: anti-Russian sanctions, worsening relations with the West, high risk of information attacks on companies and government agencies. Therefore, domestic technology received a “new breath” and support from the government.

Recently, the state corporation Rostec presented at the next specialized exhibition prototypes of computers in which the Elbrus-1C + processor is installed. The Russian operating systems Elbrus Linux, Neutrino, Astra Linux, Alt, office packages MyOffice and LibreOffice, also developed by domestic programmers, are installed on such computers.

The most important advantages of Elbrus processors are good technical specifications. Thus, the important technical features of computers include an uninterruptible power supply integrated into the case, a smart card reader in the keyboard, an autopsy sensor, integrated camera and speakers, and a high-quality display. Also, the undoubted technical advantages include a high level of protection against information leakage and cyber attacks, and the absence of “bookmarks”.

In addition, the undoubted advantage, especially when used in strategic corporations, for the needs of state and military service, is the domestic origin of these processors. It allows us not to depend on foreign supplies, to work calmly even under conditions of sanctions, which is very important, given the global political situation. The need of Russian companies and government departments for such processors is estimated at hundreds of thousands of units.

New processors are needed, first of all, by military and government structures. But the main factor in the global computer technology market is the demand from the ordinary consumer. In today's world, there are three undisputed leaders in the computer industry involved in processor architecture - these are Intel x86, ARM and MIPS. At the same time, the spheres are divided: ARM are mobile phones and tablets, MIPS are industrial computers, Intel are personal computers and laptops.

Among the Russian processors, only the mentioned Elbrus can claim the personal computer market, but their characteristics do not yet allow them to win the sympathy of the consumer. And it is not so much about technical flaws, but about the fact that the Elbrus is more likely to be used for the needs of state structures and industry. Where foreign software cannot be used, there are Elbrus.

But in the global and even domestic consumer market, Russian computers are represented at a minimum level. And this is understandable - for the mass consumer, information security issues of the device occupy one of the last places in the list of desired characteristics. An average person who buys a PC for himself, protection from cyber attacks may be interesting, but it will never be a determining factor, putting into the background the convenience of work and, most importantly, the cost of a computer.

However, a start has already been made. The appearance of domestic processors, according to their technical data not much inferior to foreign ones, is an absolute achievement of Russia. I would like to believe that the time is not far off when Russian processors will be produced for the mass consumer as well.

We are in Yandex Zen
When we have our own secure IT-sphere ...
Newest US Navy Destroyer Managed by Linux
283 comments
Information
Dear reader, to leave comments on the publication, you must to register.