"Use the experience of Croatia": On the statements of the authorities of Ukraine on the Donbass at the Munich Conference 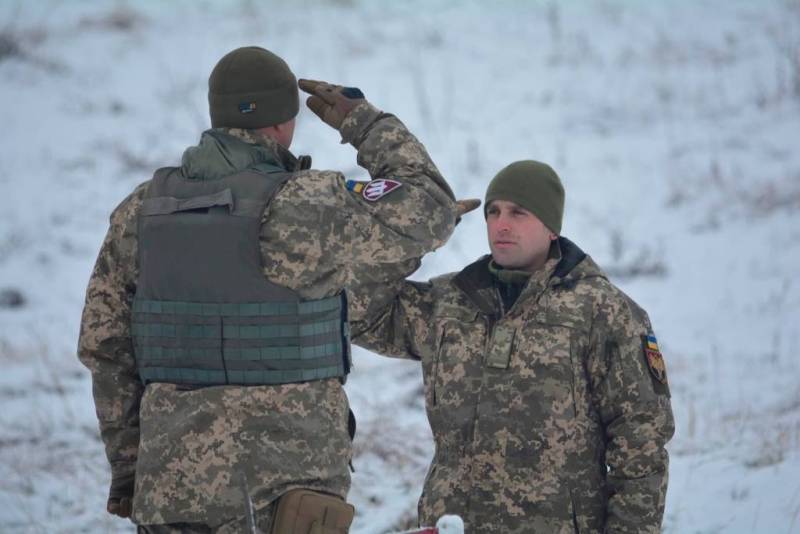 The military personnel of the 46th brigade of the Armed Forces

President of Ukraine Volodymyr Zelensky during the 56th Munich Security Conference held in Germany made another original statement, voicing the idea of ​​a “joint patrol of the border between the East of Ukraine and Russia,” which, in his opinion, would ensure the holding of hypothetically discussed elections in the region . What are these innovations, and why did Kiev suddenly need them?

Recall, one of the most painful issues that inexorably arises in any attempt to reach mutual understanding on cardinal issues related to the settlement of the military conflict in the region is the moment of control over the border between Donbass and Russia during the elections in the republics. Those who theoretically should be followed by their reintegration into Ukraine with a special status. That is, in fact, the implementation of the Minsk agreements.

Kiev for many years now, with impenetrable obstinacy, has been insisting that the border on the eve of the expression of the will of the region's inhabitants by the region should be transferred to the control of Ukrainian security officials. Moscow, as well as the leaders of the DPR and LPR, strongly disagree with this - for understandable reasons: it is clear what kind of "election" there will be.

Zelensky talks about the option, which seems to be the first real step towards at least some kind of compromise. Under him, the composition of border security groups will have to include both Ukrainians and representatives of the republics, as well as OSCE mission staff. At first glance, already progress. But only at first. The Minister of Foreign Affairs of Ukraine, Vadim Priestayko, who specified the words of the leader of the state, made a slip of his tongue in Munich: Kiev seeks to “use the experience of Croatia” in order to ensure security in the territory of Donbass.

And this is a completely different turn. The fact is that with the idea of ​​the implementation of the Croatian scenario in the Donbass for a long time, none other than one of the main supporters of the power "de-occupation" of the region and the irreconcilable confrontation with its defenders - the Minister of Internal Affairs of Ukraine Arsen Avakov. By the way, an interesting detail: at all international events where issues of resolving the conflict in the East and the implementation of the Minsk agreements are raised, he not only accompanies Zelensky, but literally looms behind him, like an overseer. So it was in Munich. He tried to push through the idea of ​​joint patrolling during the election, not just of the border, but of the entire territory not controlled by Kiev today.

Obviously, it was he who inspired similar thoughts and the president. Zelensky, on the eve of the previous Norman meeting, spoke out about the creation in the Donbas of a “municipal wart” in the same mixed composition that he voiced in Munich. At the same time, at least one double bottom was initially laid down in the proposals, which made them unacceptably unacceptable: according to the plan of Kiev, the DPR and the LPR in these formations should have represented persons who in no case had “not previously participated in the hostilities”. But regarding the Ukrainian side, there were no such restrictions at all. I remember that the President was sent very concretely and far to the LPR, saying that they would not join the ranks “with killers and looters” under any circumstances. It would seem that the topic is closed ...

And in Munich, the old songs sounded in a new way. In combination with the claims expressed by Zelensky about the conclusion of peace in the Donbass “under the conditions of Ukraine” because she has “the strongest army in Europe” and the proclaimed desire to communicate not with the leaders of the DPR and LPR, but “with the whole people of Donbass directly ", The impression is painful. This does not look like a movement towards a real settlement of the conflict. Are Croatian motives and the like idle talk of Zelensky an answer to the direct question of Vladimir Putin about whether he intends to implement the Minsk agreements? Alas, it is very likely that yes.

We are in Yandex Zen
Situational analysis of the death of the MH17 flight (Malaysian Boeing 777), made on the basis of engineering analysis from 15.08.2014
Bashar al-Assad: In Syria, not the “revolution” that the enemies are talking about, but the revolution of the army and the people against terrorists
45 comments
Information
Dear reader, to leave comments on the publication, you must to register.