AEK-971 vs. AK-12: professionals will complete the dispute 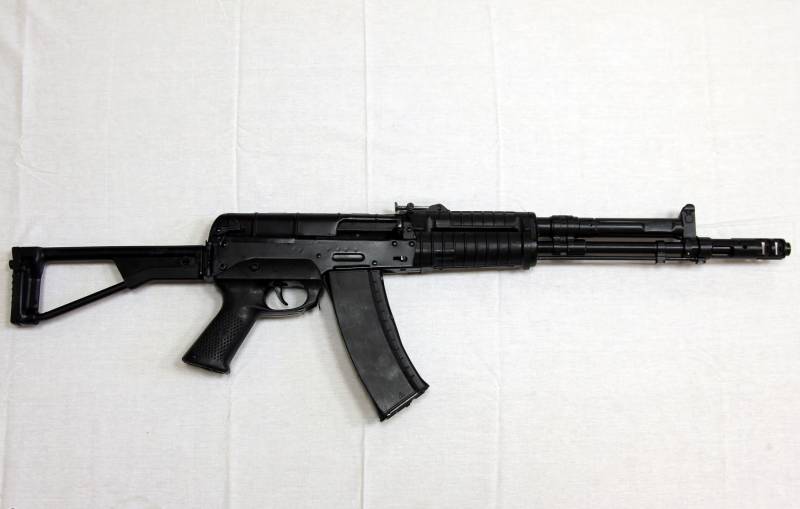 From the moment the Ministry of Defense decided to adopt two of the latest models of automatic weapons: AK-12 from the Kalashnikov concern and AEK-971 from the Degtyarev plant, slight confusion reigns both in the camp of expert gunsmiths and among other citizens who are not alien to this topic. What will be next? An army that is accustomed to getting by with “trunks” from one manufacturer will have to relearn, or the principle “the strongest survives” will work, and one of the models will become property stories?


In truth, the above Darwinist postulate is hardly applicable to the subject of this dispute. Since the moment the Ministry of Defense announced a competition for a new machine gun, which will subsequently be included in the Ratnik equipment kit, discussions on the topic of who has the coolest machine: the “Degtyarevs” or “Kalashnikovs” have not subsided for a single day. No bets have just been made. Although everything can be, who knows, people who are addicted ... Nobody could give an unambiguous answer in the framework of the children's “what is good and what is bad”: neither testers, nor a strict selection committee, or, by and large, the developers themselves.

So far, one thing is clear - both are good. According to the first results and impressions, each of the samples has its undoubted advantages, as well as its own characteristics. According to most reviews, AEK-971 is a professional weapon, not intended for the playful hands of green conscripts and the like. But for special forces - both the armed forces and other security forces, he is most likely "the very thing." A simple example, just one: both on the AK-12 and on the AEK-971 you can hang a lot of useful things - sights, target indicators, lights. However, the same collimator mounted on the cover of the AK receiver, due to known design features, will almost certainly have to be shot again after incomplete disassembly of the machine. But with the "carpet" - nothing like that. There, with a completely different principle of disassembly, the bar and sight on it will remain motionless.

Again, in no case should we forget that in the issue of adopting the main small arms for our army, such a question as the efficiency of the future main trunk plays a huge role. Let me give you a historical example: before the Great Patriotic War, it was planned to complete the complete re-equipment of the Red Army on SVT, and the “three-line” was generally discontinued. And, nevertheless, we won the war with the Mosin rifle, although Tokarevskaya on it proved to be excellent. Cause? Not SVT was “bad”, as some wise men say from time to time, and its production was immeasurably more expensive than that of the “three-ruler”. Yes, and in the not too skillful hands of yesterday's peasants, it broke many times more often than the Mosin rifle, where there was practically nothing to break. Well, except for the pine ...

That's the whole arithmetic of war. It is clear that in the event of the general and complete mobilization of the same AK-74 from warehouses, there will be enough for all of us, and even, perhaps, there will remain three China. But in any case, the generals from the Ministry of Defense would be deeply wrong, choosing the finer, more complex and expensive machine gun as the main one. Will AEK-971 become a favorite weapon of harsh commandos? Only time will tell. In order to reach final conclusions, professionals should work with both models of machines in similar conditions. And not in polygons, of course. Then it will become clear.

In the end, do not forget about one more thing. It is possible that the parallel use of these two samples can serve as a solution to another ripening dilemma: 5,45 or 7,62 again? In any case, when using them in special forces, it is unlikely that they will be able to do without the silent shooting function, which provides for the good old caliber. It can be assumed that one of the two machine guns (rather, the less massive AEK-971) will "survive" just in version 7,62.

We are in Yandex Zen
Situational analysis of the death of the MH17 flight (Malaysian Boeing 777), made on the basis of engineering analysis from 15.08.2014
Results of the week. "God forbid to see Russian revolt, senseless and merciless!"
66 comments
Information
Dear reader, to leave comments on the publication, you must to register.