John Chiriaku He believed that American law would protect him. 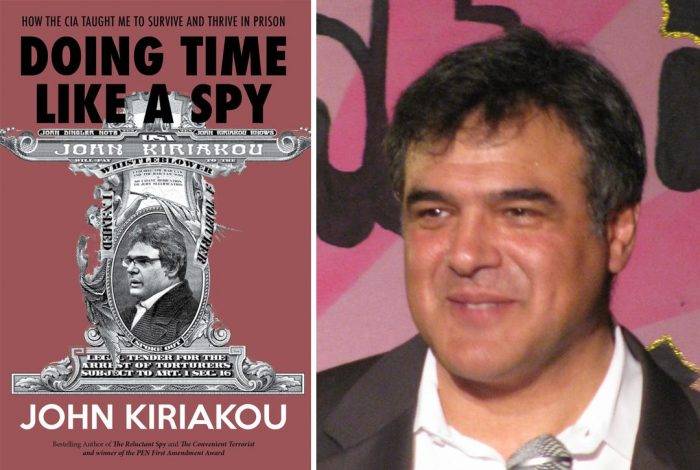 In the first part, we talked about the CIA officer John Kiriakuwho went to jail on charges of disclosing the identity of a secret agent to a journalist. Kyriaku inadvertently confirmed the identity of the retired agent Duce Martinez, who participated in the abductions and torture.


In America, there are laws that never apply. For this article in all history The United States, besides him, condemned just one person. Of all the executioners and torturers, Kyriakou was the only one who went to jail for illegal torture. He left the CIA in 2004, did not particularly follow the news and believed that torture at the CIA was a well-known fact. He believed that confirming that people were tortured was not a criminal offense, but a patriotic act. Kyriakou became a Vislover - a whistleblower of illegal and unethical things. He believed that American law seems to protect such people.

Neither torturers themselves, nor their superiors, who gave the order, nor those who wrote legal opinions justifying illegal activity, nor those who destroyed evidence: reports and videos of torture did not appear in court. President, constitutional professor Barack Obama, and his attorney general Eric Holder came to power not to restore the rule of law, but to betray it, to release war criminals, arsonists of the Middle East, bankers responsible for the global financial crisis of 2008 from which neither the world nor the American people can recover. For this, the Obama team receives bold kickbacks after retiring. The year after the White House, Obama "earned" more than the Clinton family known for its corruption in the first 10 years after the White House.

“We tortured some guys,” Obama cynically declared in August 2014 and authorized the Justice Ministry to close all cases of torture.

The only one who went to prison was Vislover John Kiriaku, who confirmed the well-known facts. He could not imagine that he was doing something reprehensible when he went to give an interview confirming the torture. American law not only criminalizes torture. The classification of criminally punishable acts is also a criminally punishable act. Illegal classification threatens with a long prison term. If something was classified because it compromises the CIA and the intelligence community, then this is a violation of the law. Ignoring crimes undermines the rule of law, which the US is proud to take to teach the whole world how to live by the law.

The blame for Kyriaku, according to his enemies in the intelligence community, was that he talked about torture. He had enough enemies, and his main enemy was former CIA director John Brennan, now a leading national security expert at the leading liberal television station MSNBC.

In the 1990s, Brennan was a middle-ranking official in the Analysis of Arab-Israeli Relations Department. There has never been a lot of work. His ambitions, according to knowledgeable people, were much more than his business abilities. The CIA walks the story of how, imagining himself a major intelligence officer, Brennan at the end of 1996 came to the authorities to demand an increase. His boss was the legendary Marta Kessler. She was known not only in the CIA, but also among orientalists. Management allowed her to publish the book Syria: A Fragile Mosaic of Power, which is extremely rare for CIA officers in the service. At one time, this book was a textbook for all specialists in the Middle East in the American intelligence community. I recently pulled this book off the shelf and was surprised how accurately there described the situation that led to the current civil war.

Kessler listened to Brennan and not only told him that she did not consider him worthy of promotion, but also fired him on the spot for professional unsuitability. There is a saying in America that the boss can fire you even because he doesn't like the color of your shoelaces. Unlike the private sector, being fired by the CIA means that the fired person can spin for another six weeks along the corridors of headquarters in Langley, knock on doors, maybe they will want to accept him in another department. If they don’t take it, the guards will take him to the car and advise him not to show up again.

Kessler fired Brennan a week before Christmas, when everyone in America was preparing for the holiday. Typically, CIA officers change jobs in the summer, and it is unlikely to find a job in the winter. Brennan went around his friends and everywhere came across a denial. 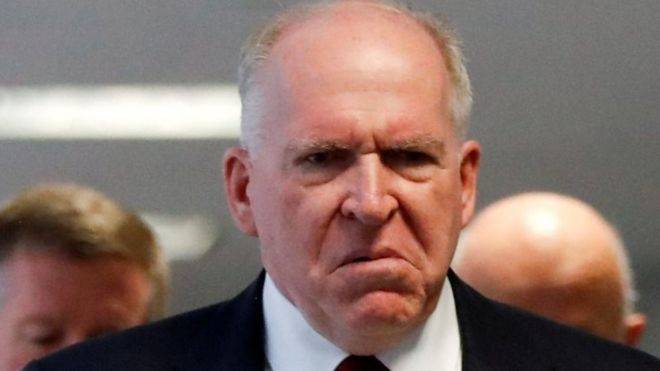 The only place Brennan felt sorry for was the department of daily presidential briefings at the National Security Council. Brennan was hired to help hold the CIA briefings with the lowest-ranking official in the Washington bureaucracy. The new boss, Brennan, held the high-profile title of director of intelligence for the National Security Council. He was none other than George Tenet. They immediately found a common language. Both were inveterate foul language, womanizer and lovers of strong cigars.

After some time, Tenet was appointed deputy director of the CIA. He returned Brennan there and made him director of the Middle East and South Asia Analysis Division, head of Martha Kessler. The first thing Brennan called her up and triumphantly declared: "Now I'm firing here." Kessler gathered her things, and they did not see her again at the CIA. Among the gigantic bureaucracy created by the Department of Homeland Security under Bush, she was found a place in the complaints department.

George Tenet in every way promoted his friend. Brennan was a “cabinet spy” and had no experience working abroad. Despite this, Tenet made him the chief of the CIA residency in Riyadh with wide powers and direct access to the Saudi king. Upon his return, Tenet appointed Brennan the executive director of the CIA, the third largest in the hierarchy of this organization. Brennan was never professional, but he had a wonderful political scent. The authorities appreciated Brennan’s ability for hardware intrigue.

Kyriakou did his career. He served in the embassy in Bahrain, was transferred from analytics to the operational directorate, where his abilities for undercover work showed up. It was these abilities that came in handy in prison. Kiriaku was the first Tsarushnik to confirm the fact of torture in the "global war against terror." The charges of espionage that were hanged on him dragged on for 45 years. However, Kyriakou sat down for 2 years on charges of divulging the identity of a secret agent.

“When you go to jail, you are shocked and you cannot believe that this is happening to you,” he said in an interview. “Someone drives you to the entrance.” You knock and say: “Hello. I’m John Kyriakou and I’ve come to sit down with you. ” They say to you: “Come in,” they’ll conduct you through a metal detector and begin to process it. ”
In the verdict, the judge recommended that Kyriakou serve his sentence in a labor camp with a minimum regime. There are no bars, fences, locked cameras. The prisoners are dressed in ordinary clothes, work in the city, and are engaged in community service such as mopping at the university. Such camps in America usually exist in high security prisons. If there is a riot in the prison, which happens often, then the prisoners of the labor camps support the functioning of the prison: they wash the floors, work in the laundry room, in the kitchen, etc.

After processing, the warden did not lead Kyriakou to the camp, but to a real prison. “Wait,” Kyriakou told him. “I'm not there.” The overseer looked at him from underneath and answered: "According to my papers, you should go there."

John told himself that he could do nothing, and if he began to resent and make noise now, they would just put him alone.

“I was sent to a real prison,” Kiriaku recalled. “Together with drug dealers, mafia donors and pedophiles.” The last in prison jargon is called Chomos ("Chomos" from "child masters" - the ironic beat of the American academic title in pedagogy - M.D.) Only five days later, he was finally able to access the phone and get through to a lawyer. They did not reassure him there. Like, we can appeal, but they will take it in normal course for consideration in two years, after which he will leave the prison.

“I thought to myself that I lived in a much worse place than Loretto in Pennsylvania. - told Kyriakou. “I came across people much better than these clowns, both prisoners and warders.” I decided that the life lessons that the CIA taught me were used to live in prison in safety and relative comfort. And if for this it is necessary to manipulate people, then I will do it. ” 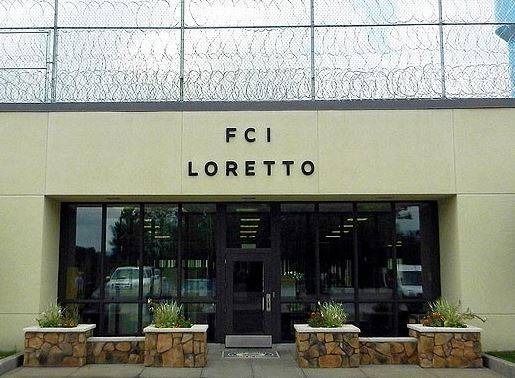 Pennsylvania Loretto Prison
Kyriakou once said that he asked his good friend director Oliver Stone to write an announcement on the cover of his book. He agreed, but pulled everything with execution. When the deadline came up, Kyriakou called Stone: they say how are you. Stone answered, they say, in the book you came out as a real son of a bitch, and I do not want to have anything to do with it. Indeed, manipulating people does not create the most attractive image.

“Serving as a spy” is read as a tool not only for survival in prison, but also in a hostile environment using the skills of an operative conducting intelligence work. Kyriakou recruited agents for himself, as he did in Bahrain, Athens and other duty stations. All the recruiter’s lures come down to just four things: revenge, greed, ideology, and courage. The book tells well how to attract supporters, convince people to cooperate, how to make them the executors of their plans. Let’s say how to convince stolen paper clips and folders from the jailer’s office, which are considered smuggling in prison. First you need to figure out who washes the floor in the office. In prison everyone says that they are innocent, and everyone appeals. It is not difficult to convince him, they say, I heard how overseers scoff at you. "And in general, you know, these bitches took away the folders from me where I prepared my appeal ..." As a result of the processing, the agent himself will offer to steal the folders and paper clips, or you can find them under your pillow after a walk.

The material used was an interview with John Kiriaku in Tucker Carlson’s Fox News program and in the Useful Idiots podcast from Rolling Stone magazine with Matt Tybby and Katie Halper.

We are in Yandex Zen
How the CIA taught its employee to serve time
Situational analysis of the death of the MH17 flight (Malaysian Boeing 777), made on the basis of engineering analysis from 15.08.2014
26 comments
Information
Dear reader, to leave comments on the publication, you must to register.