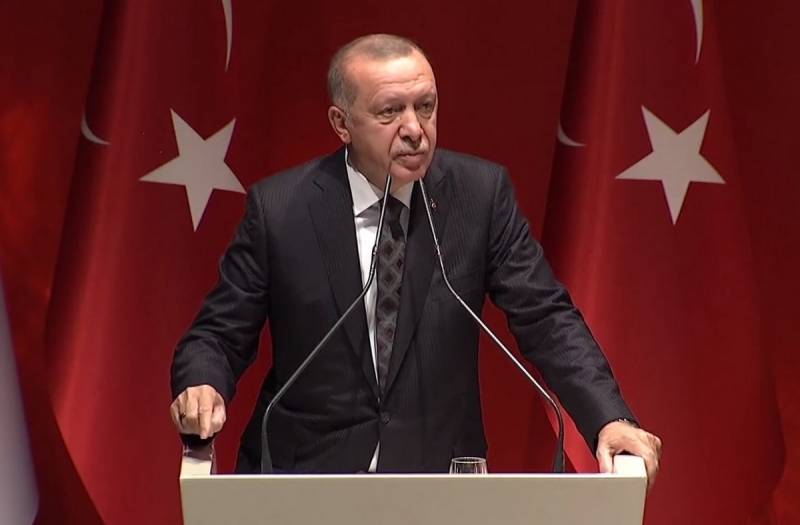 Turkey demanded an immediate cessation of the offensive by the Syrian government forces in the Idlib de-escalation zone and the withdrawal of SAA units from Turkish observation posts. This was stated by Turkish President Tayyip Erdogan, speaking in Istanbul.


The Turkish leader once again threatened to respond with a blow to the Syrian army if it did not immediately leave the territories liberated during the offensive and did not return to the positions it held in 2018 when the Sochi agreement was signed. At the same time, he emphasized that he would not wait for the end of the month, as promised earlier, but would strike immediately.


Until the regime’s forces go beyond the borders (de-escalation zones in Idlib) defined in the Sochi agreement, the problem will not be solved. If they do not leave, then we will do this work without waiting for the end of February
- he said.

Recall that in Syria, according to the agreements of Russia, Iran and Turkey, four de-escalation zones have been created, three of which are controlled by Damascus. The fourth zone, which includes the province of Idlib and part of the provinces of Latakia, Hama and Aleppo, is controlled by militants. Earlier, Ankara promised to put things in order in this de-escalation zone by placing its observation posts there, but failed to achieve anything, the militants continued shelling of peaceful territories.

Currently, several Turkish observation posts are located on the territory recaptured by militants by government forces, thereby losing their original meaning. Despite this, the Turks are not going to retreat to their border, but, on the contrary, demand from Damascus that he withdraw his forces from the liberated territories.

As some media previously reported, Erdogan had great views of the province of Idlib, where he wanted to create a quasi-state, completely under the control of Ankara.
Ctrl Enter

We are in Yandex Zen
Reports from the militia of New Russia for 27-28 September 2014 of the year
Interview of Vladimir Putin with Radio Europe-1 and TF1
147 comments
Information
Dear reader, to leave comments on the publication, you must to register.