“Talk about science”: Scientist has proposed a new interpretation of the experiment with the “Schrödinger cat” 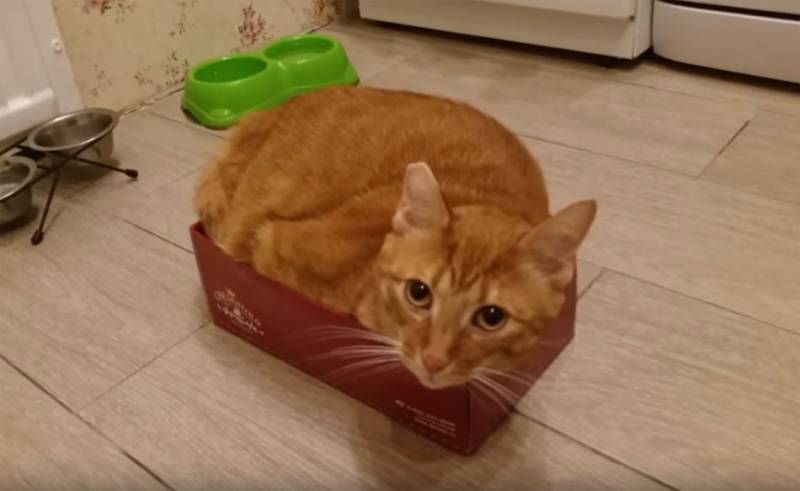 In the section “Let's Talk About Science” this Saturday night, “Military Review” suggests reflecting on the difficulty of combining theories of subatomic and macroscopic objects. As is known from the course of physics, to describe the incompleteness of quantum mechanics in the transition from quantum systems to macroscopic systems, a mental experiment called the Schrodinger cat is used.


If you do not go into deep theoretical research, the essence of this thought experiment is that the existence of a "macroscopic" cat "in laboratory conditions" is as undefined as the behavior of subatomic particles. Uncertainty at the micro level suggests that the atom of matter at the same time may decay, or may not decay. And if the mechanism that breaks the flask with hydrocyanic acid located in the volume where the hypothetical cat is "locked" depends on the decay of this atom, it turns out that the cat (according to the theory of quantum mechanics) can be both alive and dead. This "works" as long as the room with the cat remains closed. This is a very simplified description of the fact that when looking for a connection between the micro- and macrocosm in quantum mechanics, “something goes wrong.”

This topic under the heading “Let's talk about science” was raised in connection with the fact that a new interpretation of the thought experiment “Schrodinger cat” appeared. Its author is the French theoretical physicist Frank Lalle. He not only offers a new interpretation of a well-known problem in physical science, but also a solution to it.

Lalle, who works at the Castler Brossel Laboratory in Paris, offers an option in which one of the components is the gravitational field associated with the so-called quantum collapse. This is a development of the theory of the famous English scientist Roger Penrose. Lalle suggests completely combining quantum mechanics with gravity, which, in his opinion, will save physics from "uncertainty with a cat."

According to this theory, a macroscopic object (the same notorious cat) exists or does not exist at a certain point in time unambiguously - without any “both states are possible at the same time”, if, when passing from subatomic objects to macroscopic objects, it is considered that gravity acts on any of them. This gravity, as noted in the work, and at any moment actually acts as an “outside observer”, who “draws a conclusion about the state of the cat”.

The work of Lalle says that the state of the "Schroдингdinger cat" in this way is always "possible to check" - is there a cat or not.

Traditionally, critics of the new theory have also been found, including from a cohort of venerable physicists. The Penrose-Lalle Theory is criticized roughly by the following points:

For the gravitational coefficient, generally speaking, there is no difference whether a cat is alive or dead, since at the initial moment of time the mass of its body “after death” did not change. Or does Mr. Lalle suggest introducing also the coefficient of the “soul of the Schroераdinger cat”, which will have to be weighed separately? ..
Proponents of the Lalle-Penrose theory respond by saying that critics of the new interpretation "use false assumptions that have nothing to do with theoretical physics."

At the same time, the French press recalled the statement by Stephen Hawking:

When I hear about the Schrödinger cat, my hand reaches for the gun!

We are in Yandex Zen
Scientists have announced the method of "rescue" Schrödinger's cat
Reports from the militia of New Russia for 27-28 September 2014 of the year
172 comments
Information
Dear reader, to leave comments on the publication, you must to register.