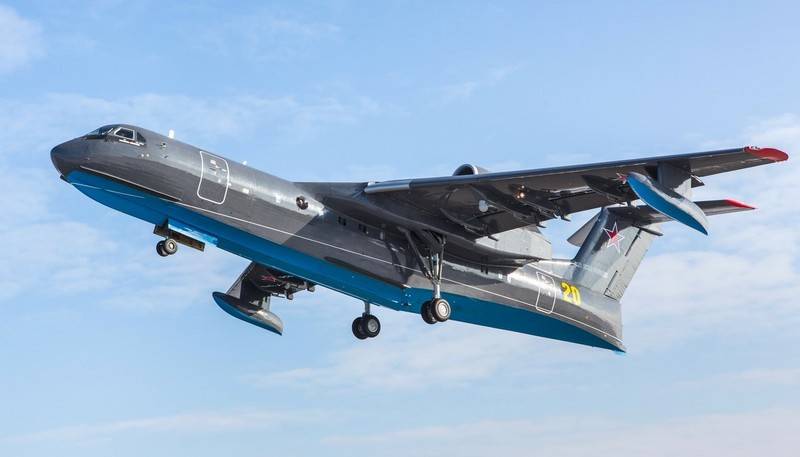 For the first time, a flight of the first Be-200ES amphibious aircraft built for the Ministry of Defense took place in Taganrog. This was reported by the press service of the United Aircraft Corporation "(UAC).


According to the report, the first Be-200ES for the Ministry of Defense took off from the factory airfield of the Taganrog Scientific and Technical Complex named after G.M. Berieva (TANTK) February 14 this year. The aircraft is declared as "search and rescue" (with fire extinguishing function) and has a tail number "20 yellow". Details of flight tests are not given. 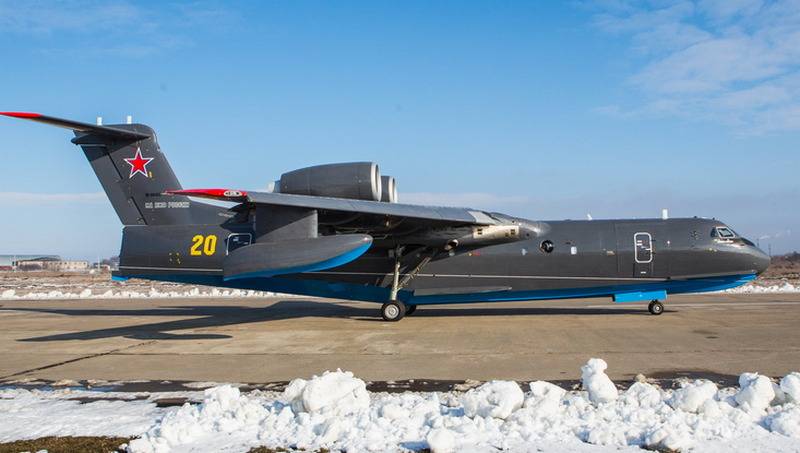 According to the bmpd blog, this Be-200ES was built as part of the second contract concluded between the Ministry of Defense and the TANKT them. Beriev in 2018 for the supply of marine aviation Navy of three Be-200PS (ES) aircraft, the first of which was to be delivered back in 2019.

The first contract between the Ministry of Defense and the TANKT them. Berieva for the supply of naval aviation of the Navy of six Be-200 amphibious aircraft in 2013, was later terminated by the military department due to a long delay in their construction. Instead of delivering aircraft in 2014-2016, their construction turned into a long-term construction and in 2017 the contract was terminated, and in relation to TANKT them. Beriev was satisfied with the claim for 6,726 billion rubles as an unfulfilled advance payment under this contract.

The aircraft is capable of transporting up to 50 people with accommodation on side folding seats or 30 people on stretchers.

We are in Yandex Zen
State order for Be-200ES aircraft for the Ministry of Defense
The impact rate of production of the Mi-26
56 comments
Information
Dear reader, to leave comments on the publication, you must to register.