Russian weapons against Turkish: what are they fighting in Idlib 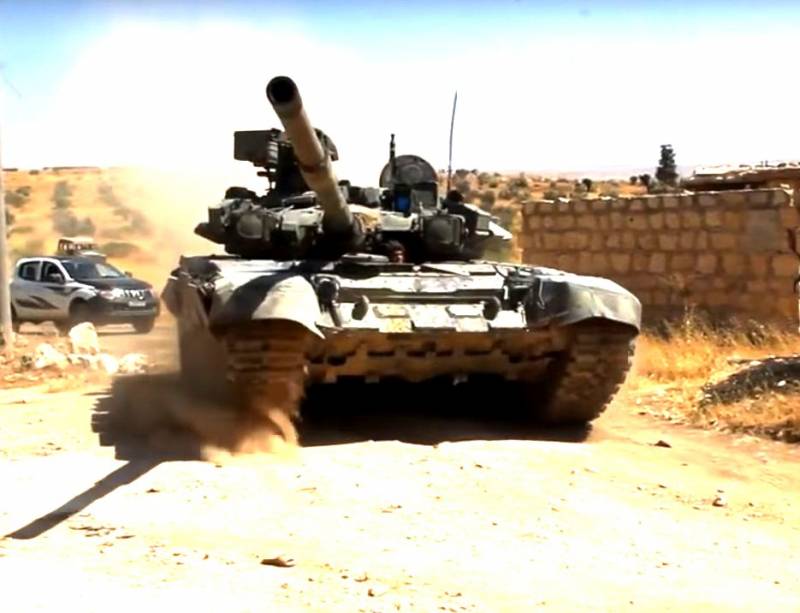 The war in Syria provided an opportunity to test the advantages and disadvantages of Russian (Soviet and Russian) and foreign weapons. Now, during the battles in Idlib, the parties are actively using weapon Russian and Turkish production.


Historically, Syria, which was in the orbit of influence of the Soviet Union during the Cold War and, after its collapse, Russia, was arming its army with Soviet and Russian weapons. The Syrian leadership has always focused on the organization of air defense and armored forces. It was these two arms that turned out to be the most well-armed and trained.

In count tanks Syria at one time was in sixth place in the world. But the outbreak of civil war led to enormous losses of armored vehicles and personnel of the tank troops. Thousands of tanks destroyed, thousands of dead tankers. As a result, a powerful blow was dealt to the tank power of the Syrian Arab army and now, of course, it cannot be compared with the pre-war. But even in the offensive on Idlib, tank units play a major role.

The T-72 and not so long ago delivered by Russia T-90 are in the arsenal of government troops. The latter entered service with the famous 25th Special Forces Division, also known as the Tigers Division. The Syrian army uses tanks as a very effective weapon of battles on the streets of cities and towns: Tank guns suppress enemy firing points, then tanks break through openings in the walls of buildings and soldiers of infantry assault groups rush there. 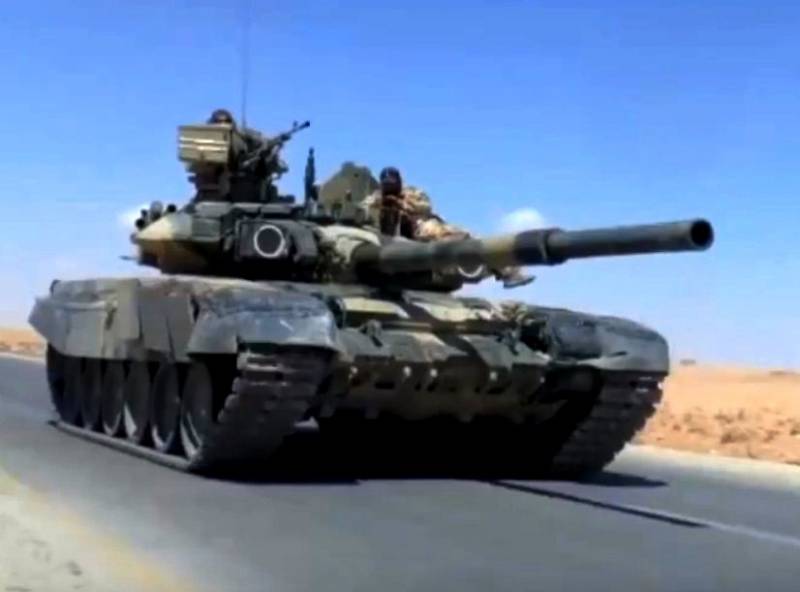 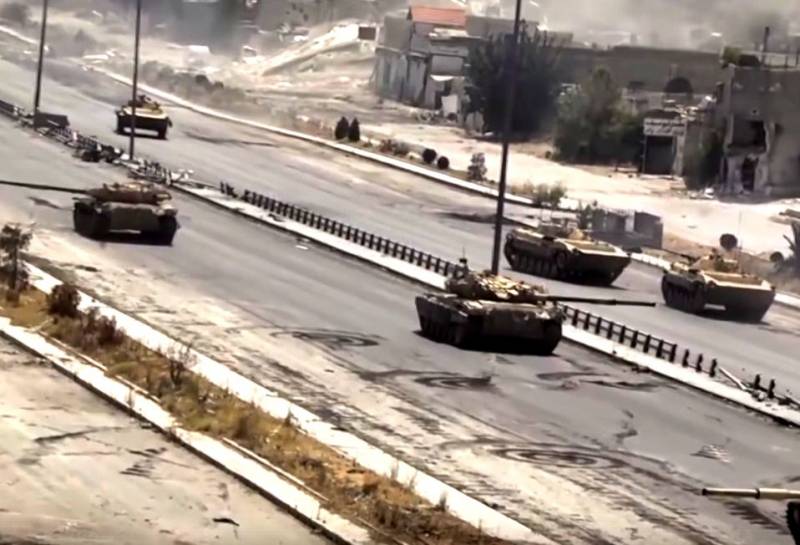 Now about the latter. Militants, as a rule, are armed with both Soviet-made weapons that they managed to capture in the military depots of the Syrian army, as well as Western and Turkish-made weapons. One of the main striking forces of the militants is SUVs with heavy machine guns mounted on them. However, in the battles near Idlib, militants are increasingly using modern Turkish and Western weapons. 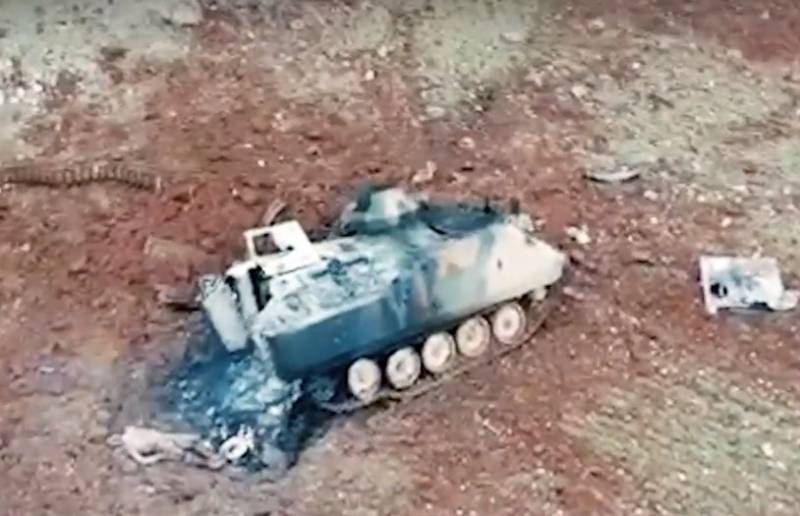 Syrian Arab Army soldiers, capturing caches and militant bases, often find Turkish-made shells and weapons. This indicates that Turkey is providing comprehensive support to radical groups operating in Idlib. Without Turkish help, their confrontation with Damascus forces would have been far less productive. 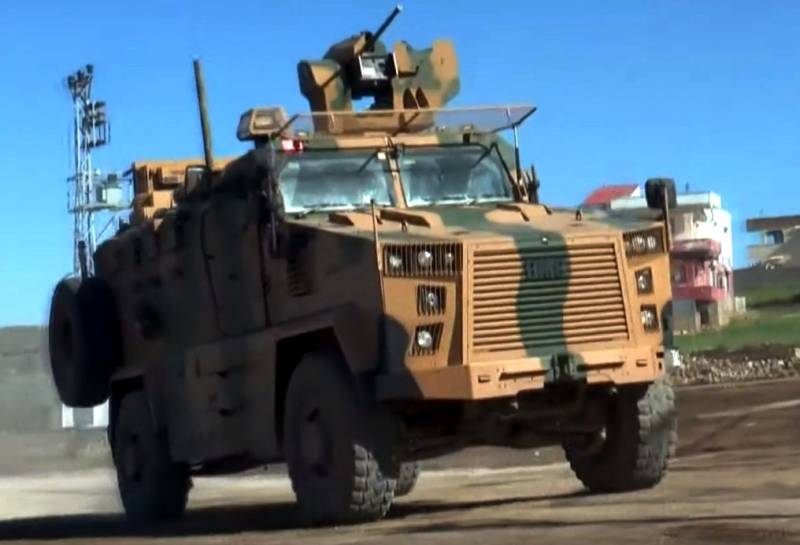 By the way, Turkey itself ranks 11th in the Global Firepower ranking of military power - 2020. The Turkish army is the second largest in NATO after the American - 355 thousand people. In service - 3200 tanks, 1120 self-propelled guns, 300 attack aircraft and helicopters.

In Syria, the Turkish army uses the M60 and Leopard-2A4 tanks. It was these military vehicles that crossed the Turkish-Syrian border in 2016 and continue to be flown to the north of Syria until the present. On February 12, the Turkish army’s use of M60 in a joint attack with the militants on the positions of the Syrian government forces in the western part of Aleppo province was recorded. But the M60, as the results of the fighting in Syria show, is very vulnerable to ATGMs and the Syrian government forces, and the Kurds.

In just over three years, several dozen Turkish M60 tanks were shot down in Syria, which forced the Turkish command to proceed with the partial replacement of the M60 with the Leopard-2A4. But they are also beaten up quite often: for example, one Leopard was hit by Kurdish women. From a missile hit, the tank was torn to pieces, the crew died.

The reason for the vulnerability of Turkish tanks is rooted, according to some experts, in the absence of additional protection against anti-tank missiles and hand-held anti-tank grenade launchers. The Turkish command was in such a hurry to indicate its presence in Idlib that it did not even bother to protect its armored vehicles.

Of course, the military potential of the armed forces of Turkey and the Syrian Arab army is not comparable, but the Russian (Russian and Soviet) weapons available to the latter allow the Syrians to quite successfully attack the pro-Turkish militants armed with Ankara and operate against the Turkish troops themselves.

We are in Yandex Zen
Situational analysis of the death of the MH17 flight (Malaysian Boeing 777), made on the basis of engineering analysis from 15.08.2014
Syria: Americans scare themselves, and Asma Asad buys chairs
49 comments
Information
Dear reader, to leave comments on the publication, you must to register.