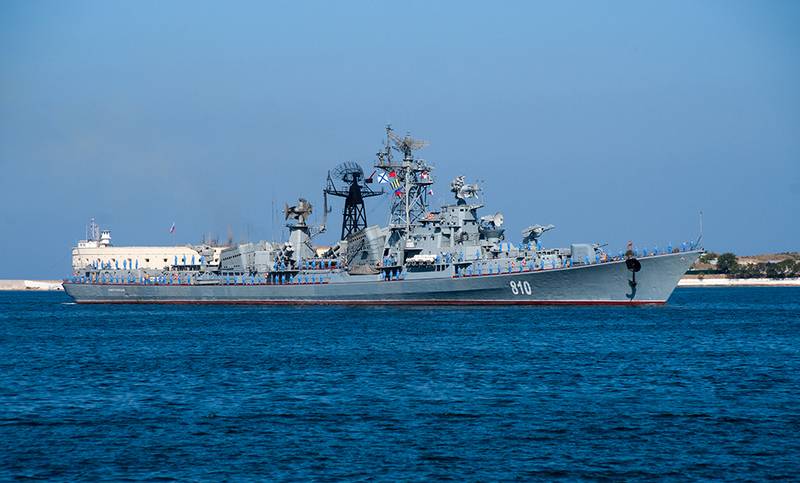 The watchful ship "Shrewd", removed last year from the current Black Sea fleet, will become a ship-museum. This was announced by a member of the Federation Council, former deputy commander of the Black Sea Fleet, Vice Admiral Valery Kulikov.

The watchful ship "Shrewd" (...) recently he was still performing tasks as part of the Black Sea Fleet, (...) withdrawn from its composition. The ships of this series are recognized as one of the most beautiful in the world in ship architecture. In addition, they were called "singing frigates" - the first gas turbine plants were delivered to them, and they were aviation and when the ship moved, they made an unusual sound
- TASS quotes the words of Kulikov.

According to the ex-deputy commander, it is planned to open a new museum by the Navy Day (celebrated on the last Sunday of July). At present, the installation of the "Shrewd" in Artbukht is under consideration.

As previously reported, despite the 50-year service of the ship as part of the Black Sea Fleet, in recent years it was this watchtower that was involved in tracking NATO ships and the alliance exercises in the Black Sea. The ship was withdrawn from the fleet in October 2019.

We are in Yandex Zen
Marshal of the Soviet Union Viktor Kulikov died in Moscow
To the shores of Syria, sent to the Russian patrol ship "Sharp"
55 comments
Information
Dear reader, to leave comments on the publication, you must to register.