The evolution of NATO strategy at the present stage 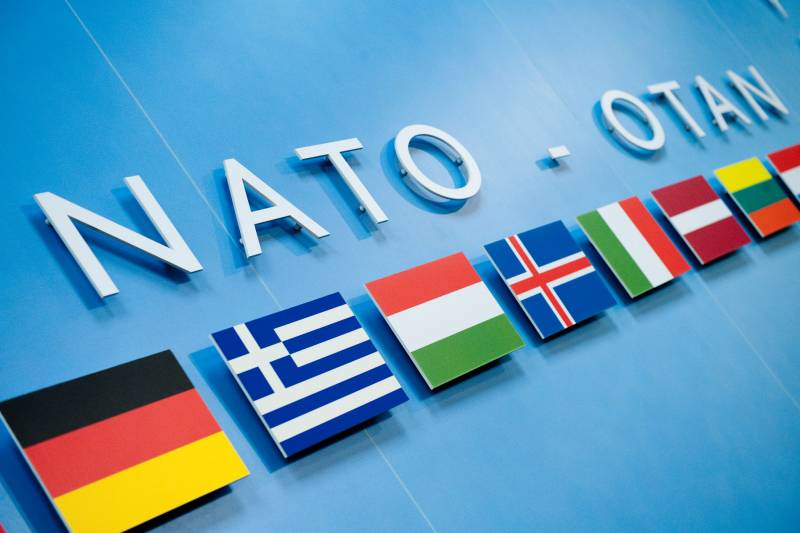 In 2019, the NATO bloc celebrated its anniversary. The military-political structure turned 70 years old. The organization was created at the beginning of the Cold War, when the bipolar confrontation between the USSR and the USA gained momentum. The main tasks of the alliance were to contain the influence of the Soviet Union on states that became allies or fell under the influence of Washington in Europe. The block also served as an instrument of control over post-war Germany, where revanchist sentiments could again prevail. Through NATO, the United States could monitor the state of the domestic political situation in its territory.


The founders and initial members of the North Atlantic Treaty Organization were 12 states: Belgium, the United Kingdom, Denmark, Iceland, Italy, Canada, Luxembourg, the Netherlands, Norway, Portugal, France and the USA [6]. The organization’s goal is to create and ensure collective defense and security of the participating countries with the following tasks - protecting freedom and promoting the development of comprehensive partnership in the Euro-Atlantic region [8].

The organization’s policy included the promotion and search of future participating countries. So, in 1952, Turkey and Greece joined the Euro-Atlantic alliance, which marked the first stage of expansion. The entry of the Federal Republic of Germany into NATO structures in 1955 caused discontent on the part of the USSR. In response to this, the Soviet Union created an alternative political-military formation to the capitalist alliance - the Warsaw Treaty Organization, which finally consolidated the bipolarity of the world for the remaining 36 years.

In the framework of the current paradigm, NATO continues its expansion and has 29 states: the seventh expansion took place in 2017 with the accession to the Montenegro bloc [2]. It is known that in the near future North Macedonia may become the thirtieth member of the alliance. “Based on the experience of Montenegro, which officially became the 29th member of the alliance in June 2017, the ratification of the Macedonian Protocol will take no more than a year,” sources in diplomatic European circles inform [9]. According to REGNUM news agency, on February 11, the parliament of Northern Macedonia ratified the North Atlantic Treaty [8]. "NATO expects North Macedonia to join the bloc in the spring of 2020." There is a process of gradual "absorption" of the remaining European states by Euro-Atlantic structures.

What lies at the basis of such increased admission of new member countries to the alliance, when, it would seem, today the modern alignment of forces in the world does not allow us to conclude in favor of the existence of a bipolar system of international relations? After the collapse of the Soviet Union and the collapse of the socialist camp, the Euro-Atlantic alliance faced problems in determining its future existence - a complex crisis of self-identification and the search for an external enemy arose. The latter presented the threat of possible armed conflicts in the zone of responsibility assigned to NATO, the factor of international, and later cyberterrorism, and their impact on Euro-Atlantic security, illegal trade weapons and drug trafficking. The leadership of the alliance was faced with the task of finding a traditional and "existentially important" problem for Europe, until its absence finally led to a crisis of organization and the decline of American hegemony in the Old World.

Temporary participation in humanitarian and international operations, the fight against “ephemeral” threats and challenges are perceived as an attempt to extend the life of the alliance. “If during the Cold War the allies in the bloc had no divergence in the definition of such an object (the USSR and its allies were considered a priori according to the Warsaw Treaty), then in the conditions of the 5st century geopolitical picture. There are more than enough applicants for a new deterrence in the West, ”says Yu.I. Associate Professor of Moscow Humanitarian University Nadtochy [24, p. XNUMX]. Such, according to the author, is China today: the strengthening of China in the economic and military spheres is of concern to both the United States and its allies in the Asia-Pacific region - Japan and South Korea.

“Apparently, the main efforts of the American military strategists and planners will be directed precisely at its neutralization. Under the same long-term goal, the anti-Chinese “coalitions of the willing” led by the Pentagon will begin to take shape. They will begin to form not from the NATO member countries that are located over many thousands of kilometers, but from those directly adjacent to the Greater China zone - and therefore from the strategic point of view of the United States that are more useful to the USA — the countries of Southeast Asia, Australia and Oceania, ” Yuri Ivanovich believes [ibid.].

“The escalating conflict between the United States and China, which in the extreme scenario can go into the military phase, will make the European allies decide: are they ready to fulfill the allied duty to protect the economic interests of the senior partner very far from the original zone of responsibility? The answer is at least not obvious, and probably negative, ”says F.A., editor of the journal Russia in Global Affairs. Lukyanov [4].

Russia is also playing the role of aggressor and main enemy of some European countries. If since the 1990s. the new Russia made attempts to establish and build relations with the West in all directions, including with NATO, to move from confrontation with Western countries to relations that would be based on allied principles, a completely different picture is being observed today. Joining the Partnership for Peace program in 1994, signed in 1997, the Russia-NATO Founding Act, and subsequently the Russia-NATO Council established on this basis in 2002, began to lose their significance and perspective against the backdrop of the events taking place. The final breakdown in relations occurred in 2014 under the influence of the Ukrainian crisis, thereby marking the uncertainty of further cooperation. “Since then, Brussels has repeatedly stated that they consider Russia a threat to the security of the bloc countries; several times, an increase in the number of NATO response forces and an increase in their ability to respond to aggression by the Russian Federation was announced, ”said K. Benyumov, a journalist and correspondent for the online publication Meduza [1].

If the confrontation between the Soviet Union and Western European countries led by the United States and NATO was previously formally ideological, now the cause of the new turbulence is the independent foreign policy of the Russian Federation aimed at protecting national interests and multipolarity.

With the transformation of the system of international relations and a shift in emphasis in world politics, a new alignment of the balance of power in the world is observed. The consequences of globalization, unsuccessful attempts to represent the world in the value system of the liberal-idealistic paradigm and the failed "end stories”Within the framework of F. Fukuyama’s interpretation, they make it clear that the modern world is not yet ready for the transformation that advanced democratic countries imagined. The experiment that broke out, attempts to “decorate” the world in such tones were not to the liking of many states for various reasons. And NATO has a direct relationship to this: both to time and to the immediate implementation of the planned strategy as a tool. But what could lead to a move away from NATO's traditional task of ensuring security and stability in Europe to expanding its presence in different parts of the world?

The answer lies in changing the geo-economic and geopolitical map of the world, mainly not in favor of Western countries. The pursuit of hegemony caused systemic tensions at the level of international supranational institutions of a universal nature: an attempt to replace the pro-American NATO structure with a universal UN structure, as well as the desire of the Euro-Atlantic alliance to fulfill the functions of both a police judge and a peace judge and prosecutor, are not welcomed by all world powers.

The organization of the North Atlantic Treaty will sooner or later inevitably face a crisis of an existential nature: the semantic supply will run out, and you will have to do something about it. The objective shift of the world hierarchy from "pluralistic unipolarity" to a "multipolar concert of powers" sets the tone for shaping the future world order system: NATO may not find a place in it. “The leaders of the bloc will have to take this circumstance as a given, and therefore will intensively seek new ways to maintain NATO relevance in the 5st century” [28, p. 3]. “Everything that happens in NATO and the EU is an integral part of the crisis of the entire institutional and ideological legacy of the Cold War, mechanically, without any fundamental transformation transferred to the XNUMXst century. The validity of the approaches and assessments arising from the philosophy of postmodernism is confirmed: we lived and still live in the shadow of the past - hence all the problems, ”writes A.M. Kramarenko. “I am sure that the endgame of this“ twilight ”existence is not far off. At least there has been a movement, even if not in the wrong direction, but such is the logic of self-destruction of what has worn out to holes ”[XNUMX].

We are in Yandex Zen
European Union: trade war with Russia
Military reform as an integral part of the security concept of the Russian Federation: Systematic dynamic assessment
19 comments
Information
Dear reader, to leave comments on the publication, you must to register.