If the Soviet legacy runs out: problems of Russian space programs 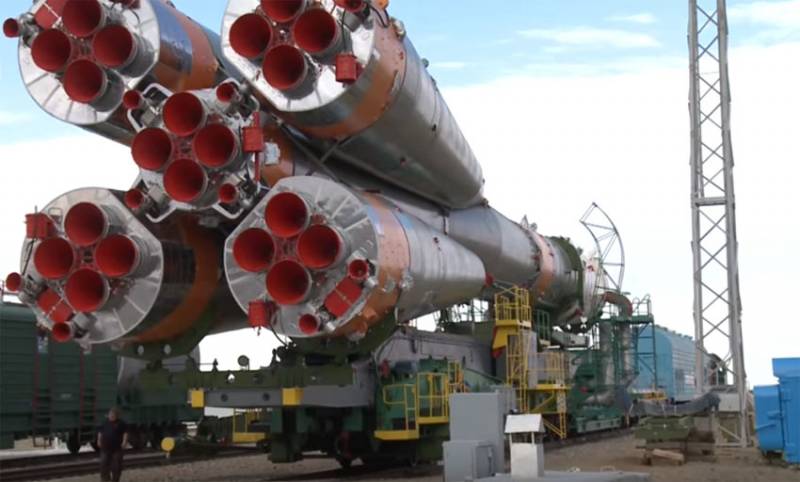 At one time, the Soviet Union was the main space power. Today, Russia still holds the position of one of the world leaders in space exploration, primarily due to the Soviet legacy. But will our country succeed in actively exploring outer space in the future - if the USSR’s space legacy runs out?


During the week, it became known that Roscosmos will present to the government the program “Space Activities of Russia”, designed for the next decade until 2030 and providing for the implementation of a number of ambitious space projects. Among them are the design and creation of a super-heavy carrier rocket, flights to the moon, the Sphere project.

When the Russian "Eagle" will fly into space

The ambitious plans of the head of Roskosmos Dmitry Rogozin, of course, look beautiful, but this does not mean that they will be realized, especially in the time frames that are now announced in the press. Currently, the Energia rocket and space corporation is working on the creation of both a superheavy launch vehicle and a new manned spacecraft with the promising name Eagle. But will the Eagle fly into space?

Nikolai Sevastyanov, the head of the corporation, in an interview with TASS announced the approximate time of a manned flight - 2028. Wait another eight years. During this time, RSC Energia will have to build a superheavy class rocket complex, which will include a superheavy class rocket itself and ground infrastructure at the Vostochny spaceport. So far, in 2019, Energy has developed only a preliminary design for a missile system.

To achieve the deadlines, money is needed. Big money. But generous financing is not what modern Russia can brag about, although money for the space industry, in contrast to the "dashing nineties," is still allocated considerable.

Sevastyanov himself in an interview admitted that Energia has to attract additional financial resources, even a financial recovery program has been developed. The corporation hopes that it is the implementation of the space program that will have a therapeutic effect and will improve the financial position of Energia. Otherwise, her projects will be in jeopardy.

By the way, in the spring of 2019, President Vladimir Putin himself already complained at a meeting of the Security Council of the Russian Federation about problems in the rocket and space industry related to the timing of the tasks, as well as the fact that Russian satellite communication systems are inferior to competitors, and ground-based infrastructure for space exploration develops extremely slowly. But words are words, and the situation remains the same.

No money to study the sun yet

Another very promising and necessary project is in the field of studying the Sun. While Russia does not have satellites that can study the Sun, there is only the Intergeliozond project, which is considered unique not only in Russia but also in the world. As part of this project, the creation of 2 spacecraft for the study of the Sun is provided.

According to the Federal Space Program of the Russian Federation, by 2025 it was planned to launch the first of 2 spacecraft of the Interheliosonde project. However, then the deadlines were postponed to 2026, and then it was decided to abandon the exact deadlines altogether.

The main problem with the study of the Sun is still the same - chronic underfunding of research. Initially, experts estimated the cost of the Interhelioprobe project at 20 billion rubles, but due to the constant increase in prices for materials and equipment, this amount has now increased significantly. And the developers do not have such money yet.

Space leadership is a matter of honor for Russia

The saddest thing is that due to underfunding, the most invaluable resource is lost - time. Space technologies are developing rapidly, and the number of competitors in space exploration is only growing over the years. While the Russian space industry is looking for money for the implementation of various projects, the United States and other countries are developing their own launch vehicles, satellites, and planning no less ambitious projects that could well be carried out earlier than Russian ones.

The Soviet Union, which left a unique space industry as a legacy to modern Russia (industry, science, the system of education and training of specialists, personnel), possessed much greater resources - financial, technological and intellectual.

But the Soviet legacy is the foundation, but the superstructure must be done already modern, to keep up with the times. Otherwise, the endless exploitation of the Soviet backlog will lead to the fact that sooner or later Russia will lose the battle for space not only to the USA or China, but also to some Japan with South Korea and Israel.

Maintaining the status of a pioneer country and a leader in space exploration for Russia is not only a matter of honor, national prestige, but also ensuring its own national security, economic, scientific and technological development. Only if the government wants to spend such an impressive amount of money on space programs, and not on the maintenance of a large bureaucracy and support for state-owned corporations in the commodity sector? That's the question.

We are in Yandex Zen
Situational analysis of the death of the MH17 flight (Malaysian Boeing 777), made on the basis of engineering analysis from 15.08.2014
Results of the week. "God forbid to see Russian revolt, senseless and merciless!"
125 comments
Information
Dear reader, to leave comments on the publication, you must to register.