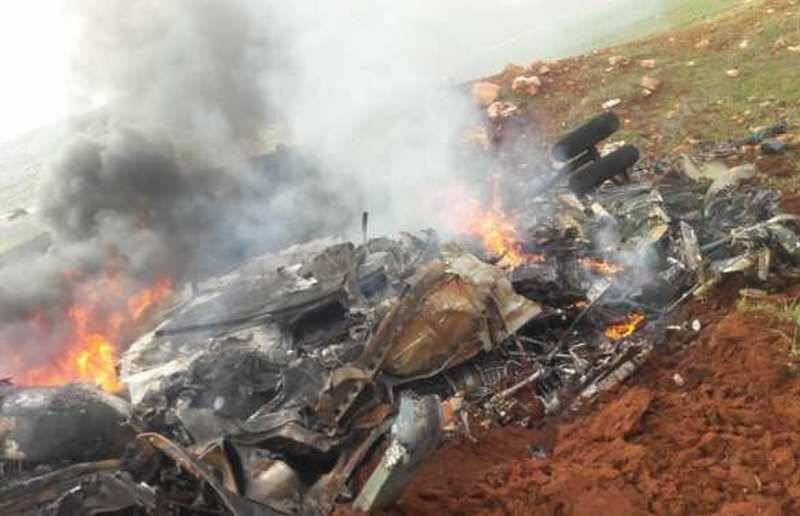 Syrian government forces lost another helicopter. The loss of Mi-8 of the Syrian Air Force in the province of Aleppo is reported by the Al-Jazeera television channel.


At the moment, it is known that a helicopter was shot down in the west of Aleppo province, in the Idlib de-escalation zone, over territory controlled by pro-Turkish militants. It is assumed that the militants of the Syrian opposition fired a ground-to-air missile on a helicopter. Most likely, MANPADS installations are delivered to militants by the Turkish allies.


According to preliminary data, this is a multi-purpose Mi-8. The web has already appeared footage of the fall of the car.


This is the second downed Syrian helicopter in four days. Earlier it was reported the loss of a Syrian Air Force Mi-17 helicopter shot down over Idlib province. It was assumed that the helicopter was hit by an air-to-air missile launched by the Turkish Air Force F-16 fighter.
Ctrl Enter

We are in Yandex Zen
Interview of Vladimir Putin with Radio Europe-1 and TF1
December 2010 years. Russian March. Senseless and merciless? Notes not a Russian person
91 comment
Information
Dear reader, to leave comments on the publication, you must to register.