Sohu: In the US, they produce as many F-35s in a week as the Russians plan to launch Su-57s in a year 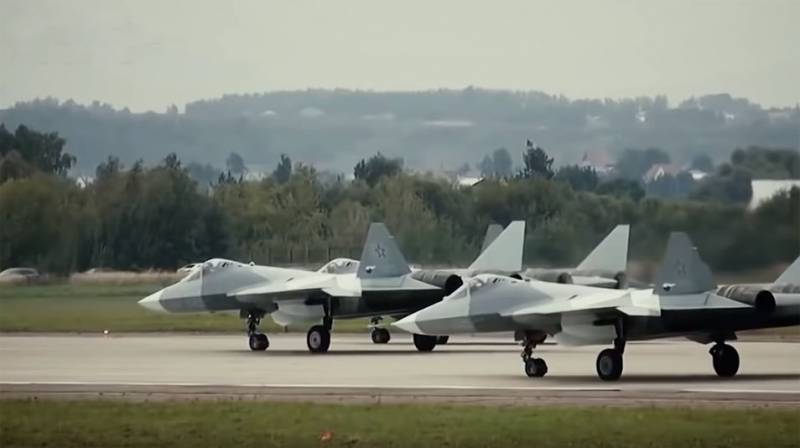 In China, they decided to analyze the volume of fifth-generation aircraft production. The author in the Sohu publication writes about the complexity of competition in this regard with the United States of America, which established the mass production of F-35 fighters.

Let's compare the pace of production of new generation aircraft. The Americans plan to release 2020 F-130 fighters in 35, and the Russians, for example, only three Su-57s. What kind of competition with the USA can we talk about now, if for years they built their production line, starting with previous versions of the new generation fighters (apparently, we are talking about the F-22, - note “VO”).
Additionally notes that the competitive advantages of the F-35 are also growing, as "its price has fallen to $ 89 million."

From an article in the military section of the Chinese portal:
As far as we know, today in the ranks of the PLA Air Force are 18 J-20 fighters. This year it is planned to release up to 30 of these aircraft. But if production potentials are increased to more impressive values, a new problem will arise: the presence of the required number of trained pilots. And in this regard, it is also extremely difficult to compete with the United States.
Ctrl Enter

We are in Yandex Zen
Yuri Drozdov: Russia prepared the role of the sacrificial calf
Russia is taken to the Golden Billion
201 comment
Information
Dear reader, to leave comments on the publication, you must to register.